In late 2019, Big hART was invited by an arts community to go to Jangsaengpo, a former whaling community and discuss 'Art as Protection'. What unfolded was an enriching week of cultural exchange, uncovering new meanings in art practices and sharing untold stories of South Korea and Aboriginal stories from the Pilbara. Associate Artist Mark Leahy and Korean Artist Jin Pyo Hong share their thoughts from the experience.

“Using art as protection was such a great theme for our trip, it is so closely linked to a core belief at Big hART – it’s harder to hurt someone if you know their story. Jangsaengpo was a former whaling community and we spoke a lot about protecting people who go through their lives in the community undiscovered because they are not part of the conversation.” – Mark Leahy

Mark: Big hART was invited to go to Jangsaengpo, Ulsan in South Korea and discuss Art as Protection, or ‘art to tell forgotten stories’ with people in the arts industry and young people. Myself, Tasmanian-grown Percussionist Maggie Abraham & Ngarluma cultural leader and performer Patrick Churnside ran a series of workshops and put on a concert at the end of the week in Jangsaenpo.

It was an incredible opportunity to explore community cultural development in South Korea. Some children were quite young and probably wouldn’t feel quite prepared to go on stage and perform with such limited experience, but the workshop activities gave them a confidence to perform for their community. It was kind of raw and interesting and a bit rock’n’roll in a way. You just got up and performed, had a great time, say what you wanted to say. It was really positive. 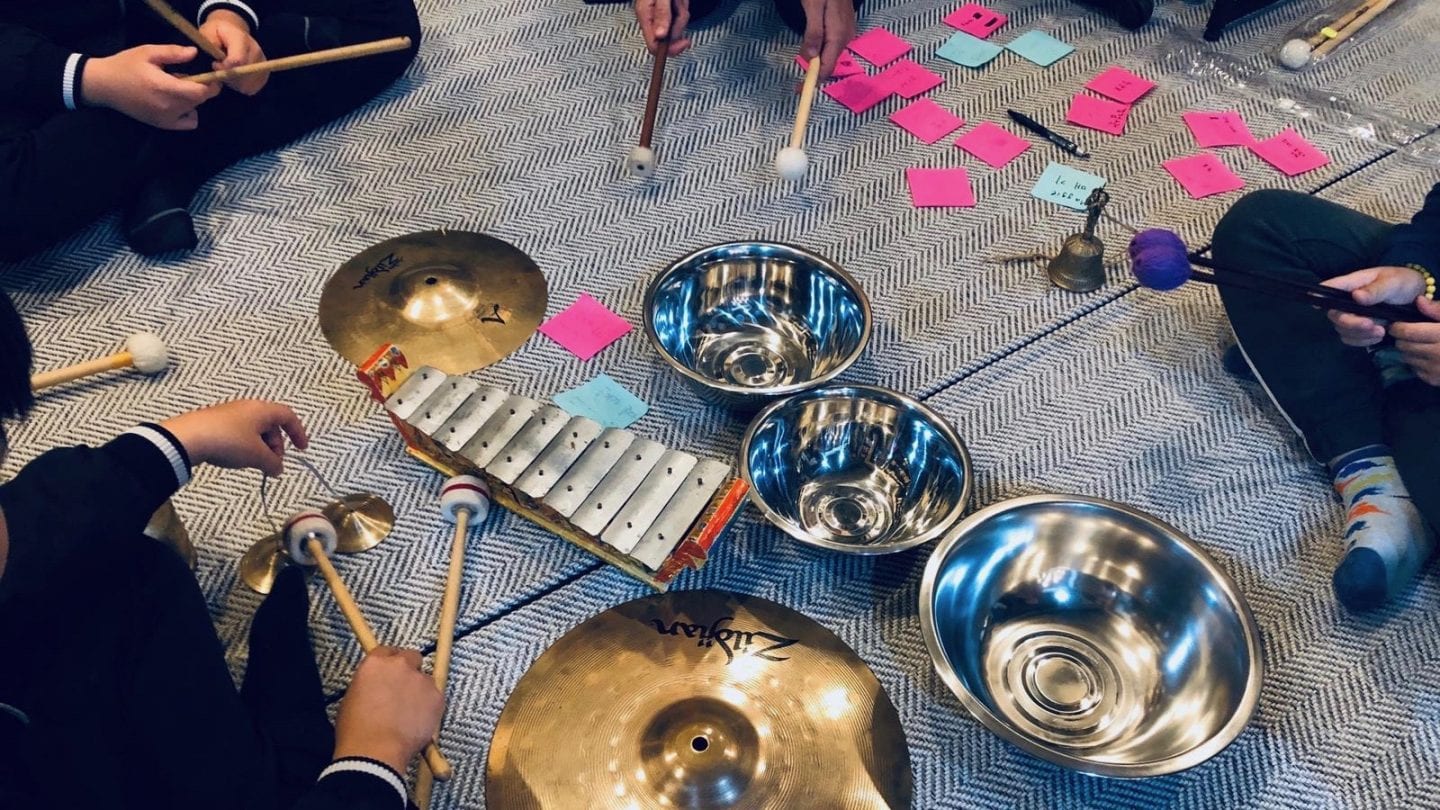 Jin: We learned a lot from the process of creating music with the children. Especially from the things like, ‘try to create sounds of a visual image in your mind, a mountain full of snow.’ I believe it was their first experience in creating music through everyday things like chairs and tables, carriers and kitchen tools.  The kids really enjoyed it as well. How music was created from small ideas and developed from their own stories and ideas was very meaningful. On the night of the last performance, we felt very touched after seeing the kids performing a song about their home Jangsengpo, seeing the sparkles within their eyes. It’s a moment to be remembered.

Mark: Maggie, Patrick and I spoke a lot about how the art in South Korea that we were exposed to, in particular photography and music, had absolutely incredible technical proficiency. There’s a big focus on the technical skills of the artists and a strong culture of keeping South Korean art practices alive, which is so cool. It was such a privilege for us to be invited in and asked to collaborate and be in involved in sharing their incredible messages.

Jin: In my opinion, education in Korea feels closed. They go to universities spending most of their time studying academically and are taught getting into major companies is the main happiness or goal in their lives. So they do not get to experience a lot in the arts when they are young. But when the children started making music with Big hART, I believe it touched their instincts about creativity and broadened their perception. The parents felt the same, they told us how unfortunate that it has to end. 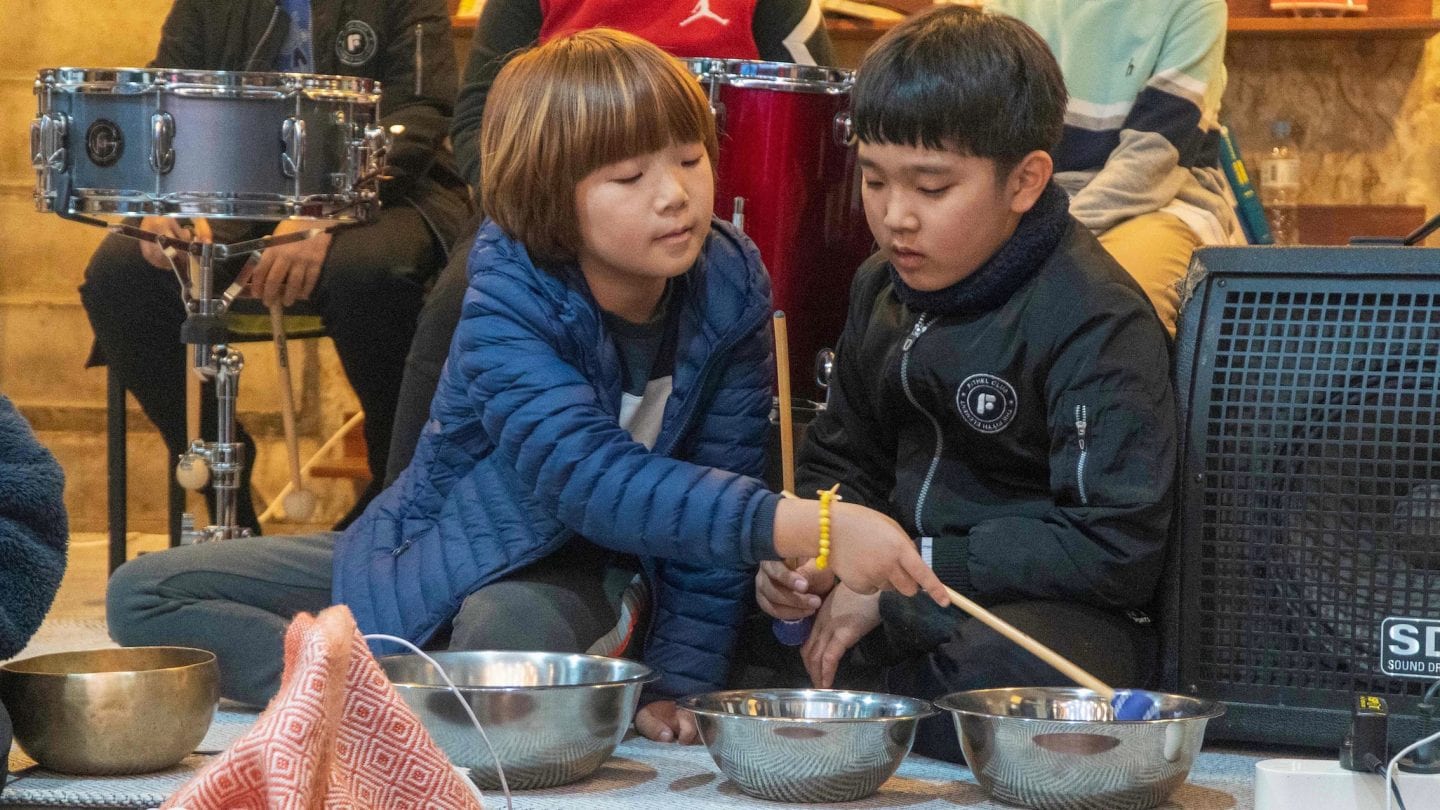 Mark: Using art as protection was such a great theme for our trip, it is so closely linked to a core belief at Big hART – it’s harder to hurt someone if you know their story. We spoke a lot about protecting people who go through their lives in the community undiscovered because they are not part of the conversation.

Jangsaengpo is a community that in the past relied heavily on whaling for many people’s livelihoods. Commercial whaling was then made illegal in the 80s. The town then moved to more manufacturing types of work. Many people told me that they felt like parts of their traditional culture was in danger of being lost.

We talked a lot about art as storytelling across all artforms, how and why to tell hidden stories. Highlighting how people could be protected in the future and hopefully not manipulated or pushed into situations where they could be working in unsafe or unfair conditions. It was great to speak with artists who are now taking the learnings from Big hART’s workshops to make further works about these workers, with the aim of sharing their stories both within South Korea and internationally.

Jin: I think art is a medium for conveying messages. When the story unfolds socially or economically vulnerable stories into the arts, the audience has time to think about where the story had started from, absorbing the concerns and understanding at a deeper level. I believe empathy and understanding creates Art as Protection. 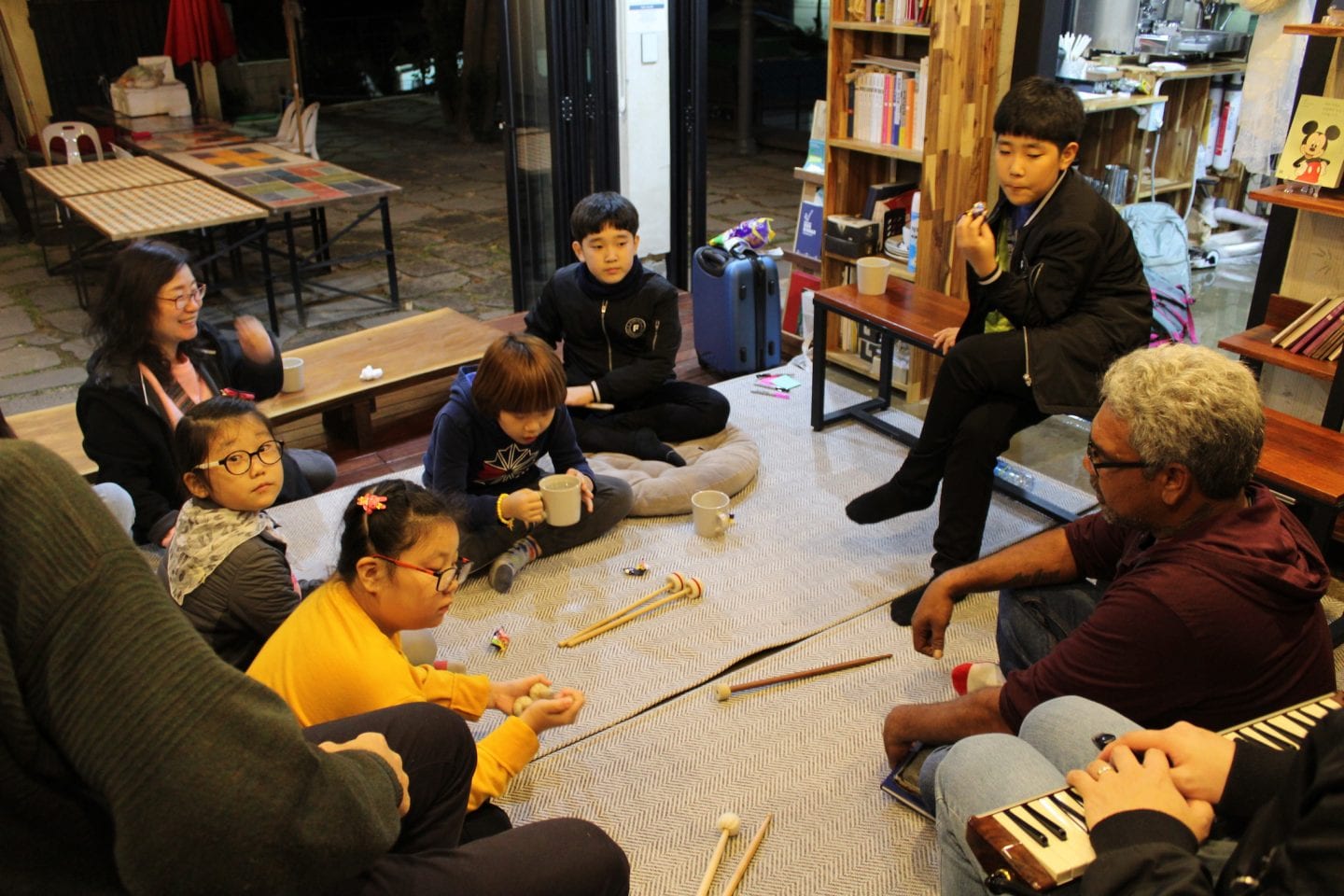 Mark: It was terrific speaking and working with Shin Young (filmmaker), Jin (musician), June (artist and translator) and the young people in Jangsengpo. It was great to talk about the lifestyle, the tightknit community and belonging.  It was heartening to hear them talk about the environment, the connection to each other, the spiritual understanding of the water, and how they respect their place in that environment. I know Maggie, Patrick and myself learned so much in these powerful, positive and strong conversations. 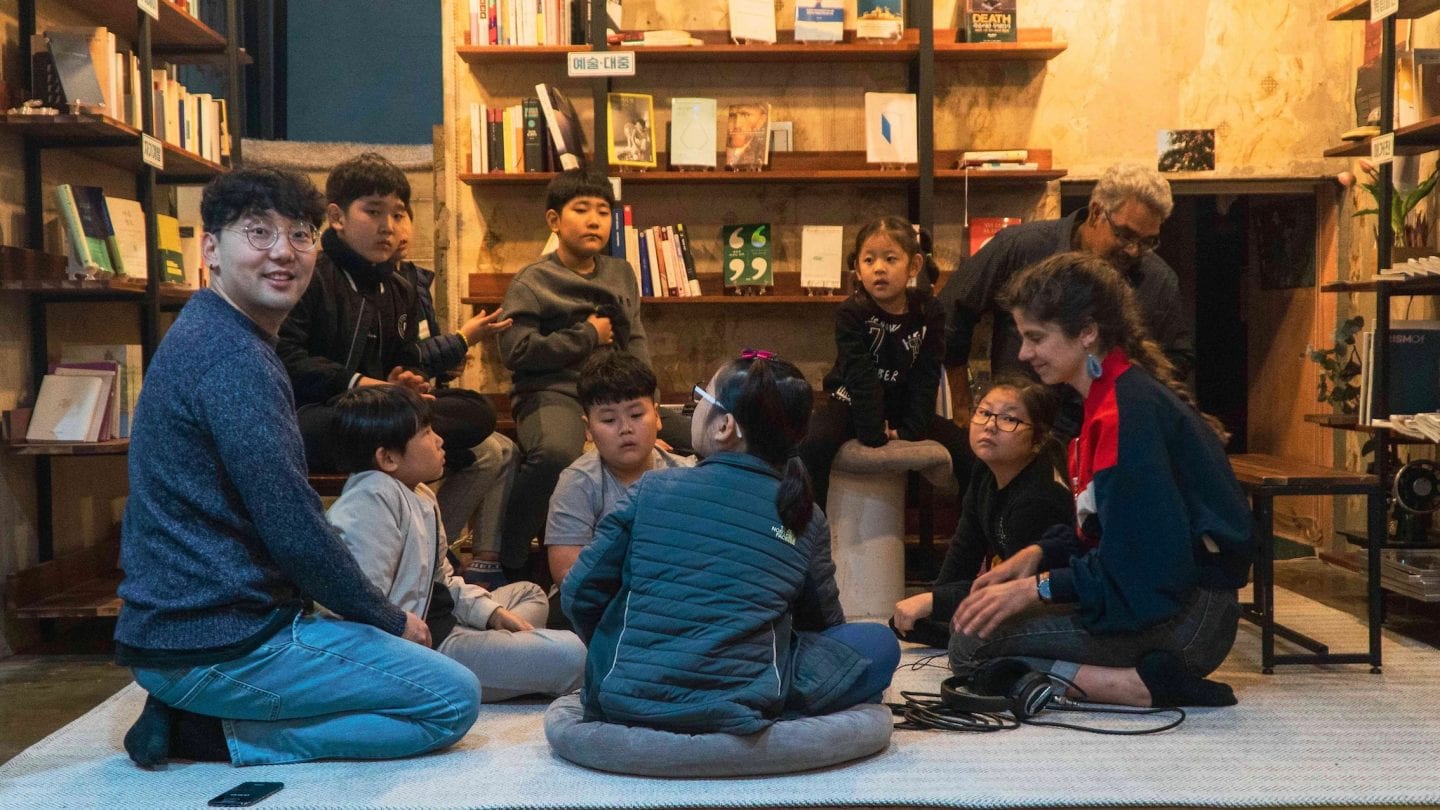 Mark: Patrick’s impact was incredibly profound. He is one of the best community arts practitioners I’ve ever seen – so open and generous in his storytelling and so embracing of others. One of the most special things about the trip was him performing the ‘Ngarluma Lullaby’, a song that he and other community members in Roebourne wrote about the Stolen Generations, telling children to go to sleep on country, so they couldn’t be found by those coming to take them away. Sharing the heartache of this story in a really beautiful way, and then performing that song with the children, it was beautifully recorded by maggie and was then played to the Jangsaengpo community at the concert. It was a really important moment.

It was the first time that these children in South Korea have sung in the Ngarluma language and we have Patrick to thank for that!

Jin: The most significant part of the week for me was hearing the stories of Aboriginal people. There seems to be a big gap in policy issues. It hurt my heart when I heard about the issues where the people deliberately eliminated cultures and stories that should be preserved. I could feel Patrick’s sincere heart through his improvised singing.

Mark: Sharing the forgotten stories about the old people in South Korea and the traditions that they had, and the linkages with Patrick and Ngarluma people was incredibly important. 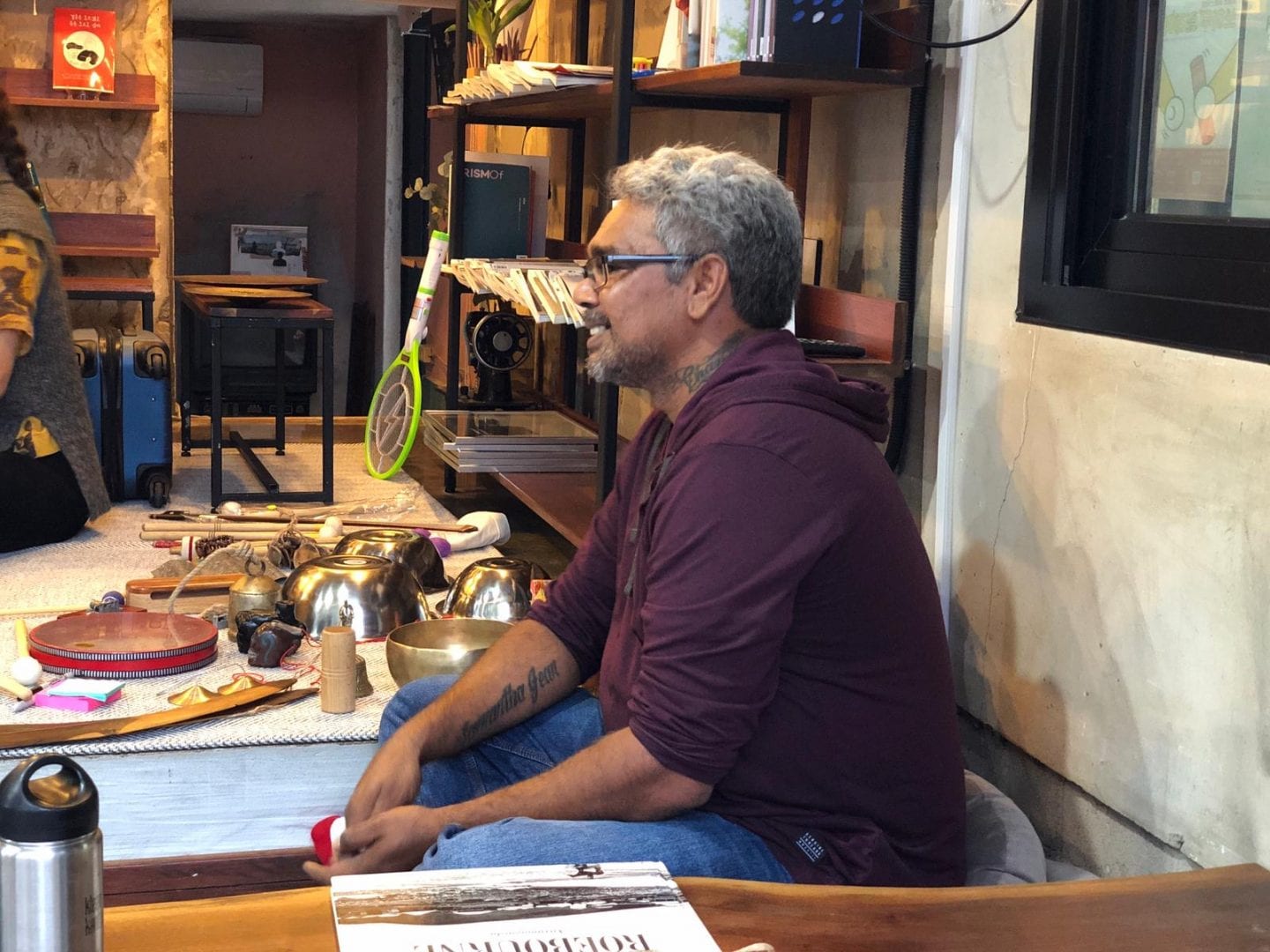 Mark: In South Korea we were so privileged to share stories and cultures, going to see photography exhibitions together with other artists, and watching documentaries, listening to music together. We got a very quick but in-depth understanding of the modern Korean culture, there was a depth about it that made working together very easy. We could share commonalities, and share things that are quite different as well. There was a lot of fun and it helped push the outcomes and productivity of the week.

Jin: When we got time to share stories with Big hART, we felt the difference about how ideas dealt with traditional culture. For example, since Korea finds the traditional culture very important, there are lots of funding put into that matter, but very low for other kinds like pop culture or jazz. 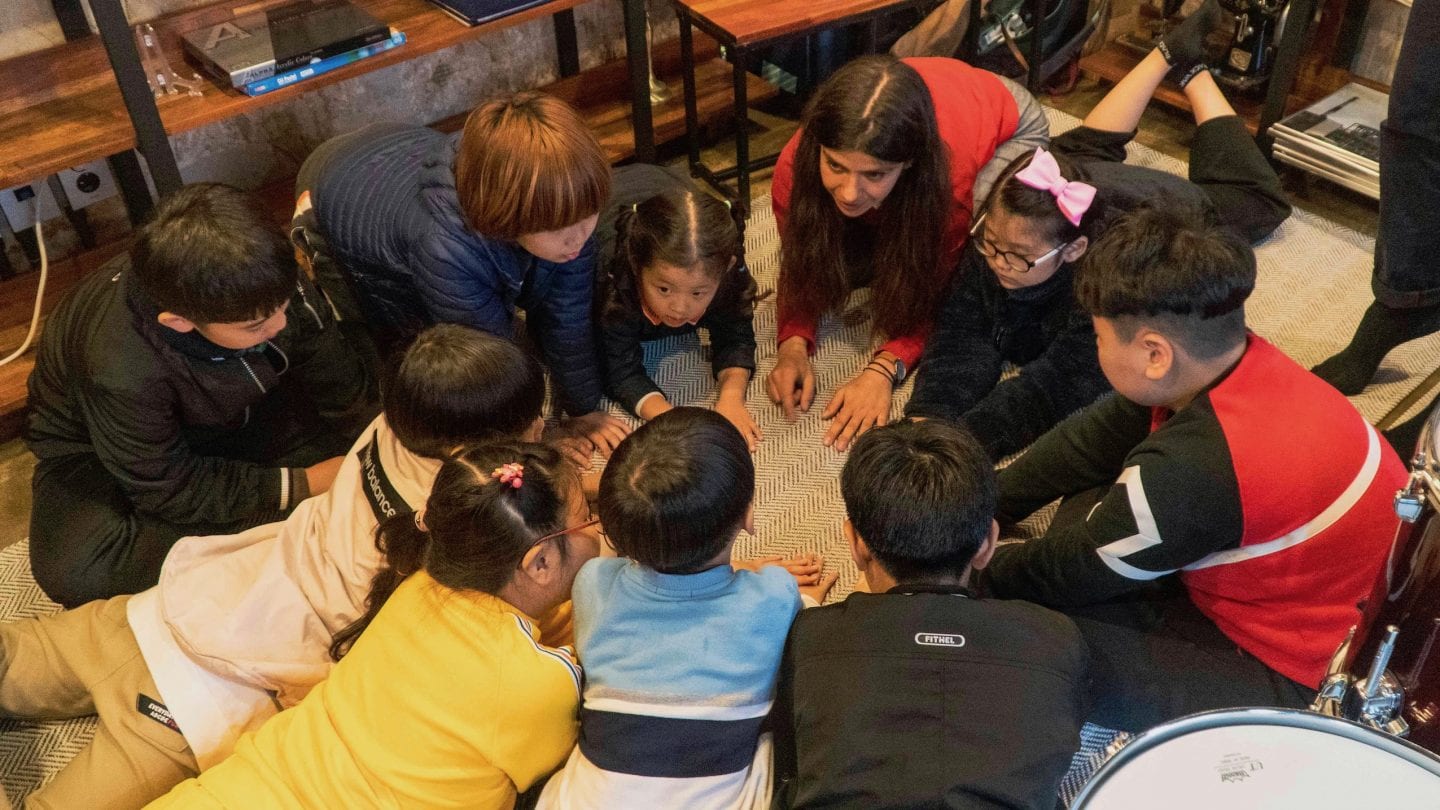 The importance of cxcellence in community arts

Mark: It really reinforced for me that with community and cultural arts development, the art has to be really strong and uncompromising, otherwise the whole thing falls over. Technical proficiency is important, it must always be really great art for the storytelling to be as effective as it can be, and to give it the weight that those stories deserve.

Jin: With regard to the community, Korean policy seems to find the locality very important but I believe they are missing out on what’s essential. Discovering stories of local areas and turning them into content – the important thing I believe is to truly express the life of an individual or group, and it should be a quality artistic expression that can only be seen and found here. 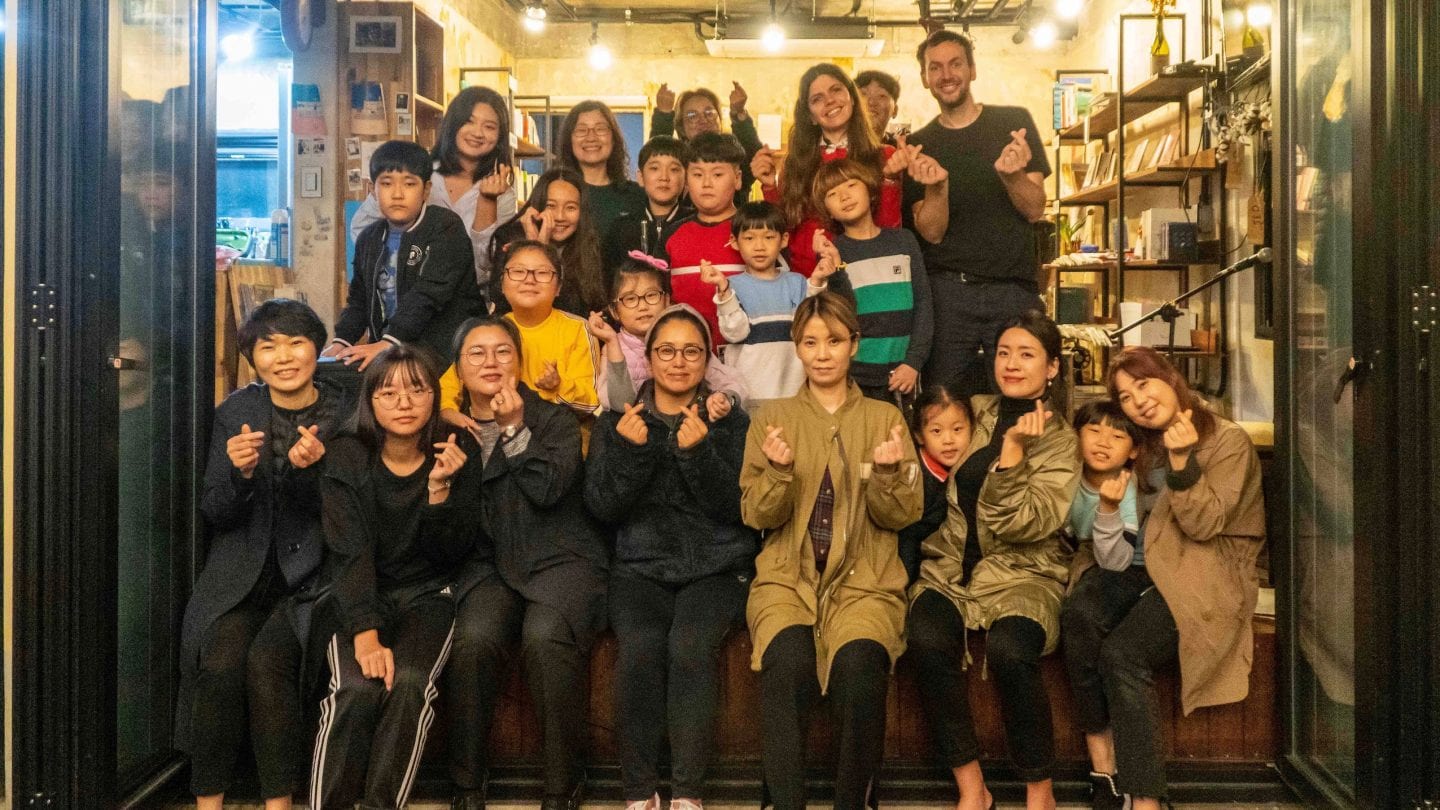 Mark: It was an incredible opportunity for Maggie, Patrick and myself to experience the culture in South Korea. Jin, Shin Young and their colleagues were incredibly generous and we learnt so much. I could not recommend going to South Korea more, they’re beautiful people and it is a beautiful county. I was heartened to see the ethos and practices that Big hART uses so relevant in a foreign country.

Jin: I have many thoughts at the moment about the function of art. How can we move forward to play a social role, not just illuminating an individual story is one of my concerns. I wish to express artistically issues about the rights of workers, the issue of the environment, and lives of migrants. As an individual with such concerns in my mind, getting to meet Big hART was an unforgettable moment and a wonderful experience. Even though we have different cultures and live in different environments I believe that human problems are similar in many ways, and I wish to be able to continue sharing many stories among us. We thank you with all our heart, in accepting our invitation from a country so far away, from an organisation you have never heard or seen before. It was an opportunity to discover the possibility of art once again. 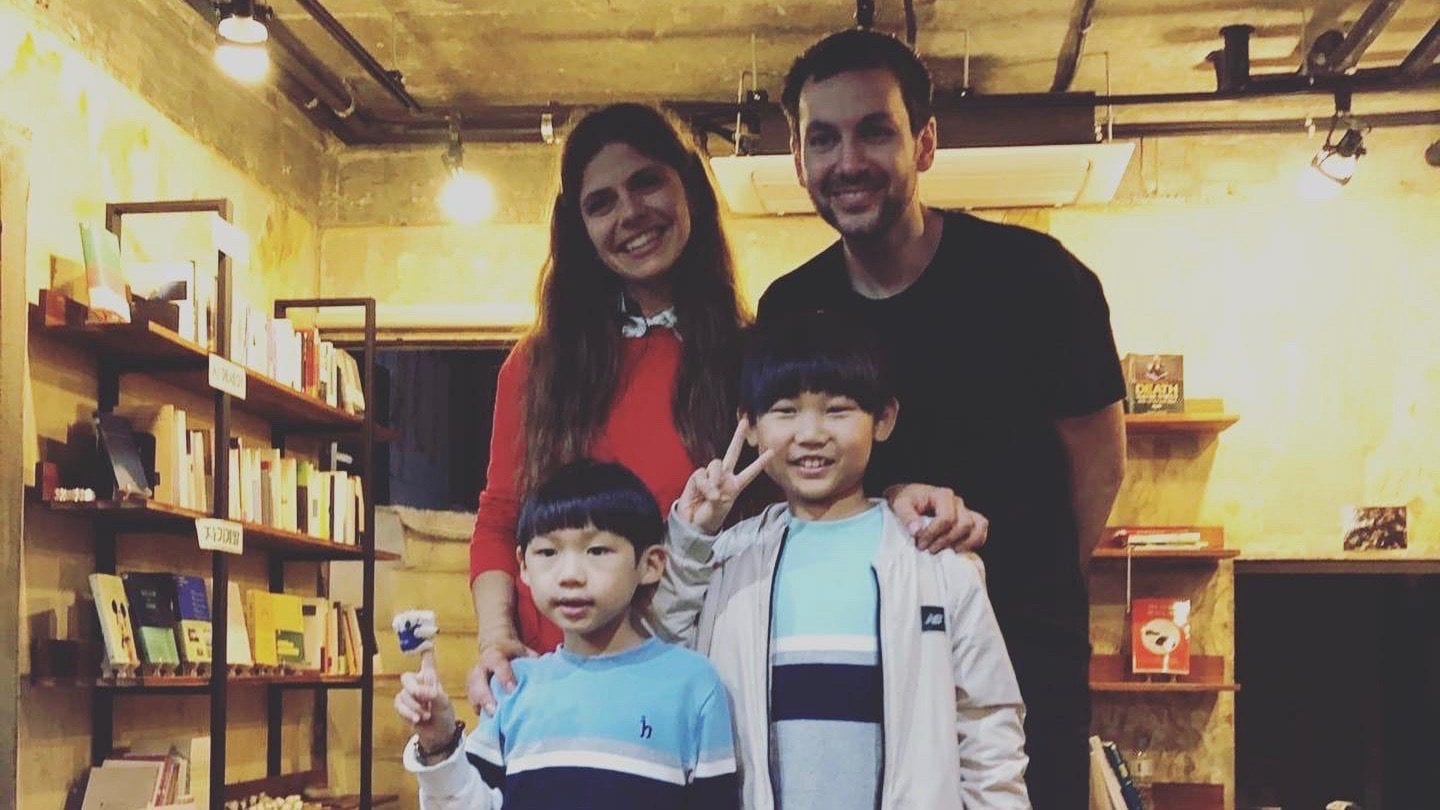