Cultural Justice, Intermediation, Flourishing and the Right to Thrive

Big hART's Co-founder, CEO and Creative Director Scott Rankin reflects back on the year of 2021 and unpacks cultural justice, intermediation, invisible narratives and how everyone has the right to thrive.

“If this past year has shown us anything it is the importance of thriving, even under duress. Thriving or flourishing isn’t about creating utopias, it is about resilience, and mutual support, and creating space for others… In fact, thriving is about justice, because justice is an important civic tool to ensure space is held for others, so that thriving can be for all”, says Big hART’s CEO Scott Rankin.

Whether we celebrate Christmas or prefer to fall across the finishing line and head for the beach, the end of the year can also herald a moment of reflection. This year, our work in lutruwita/Tasmania has thrived. However, we are mindful that in other states our staff have been locked down and at times holding feelings of languishing at bay to continue the work. Yet, in the midst of these difficulties there has been remarkable growth, creativity and ingenuity in the work around the country. 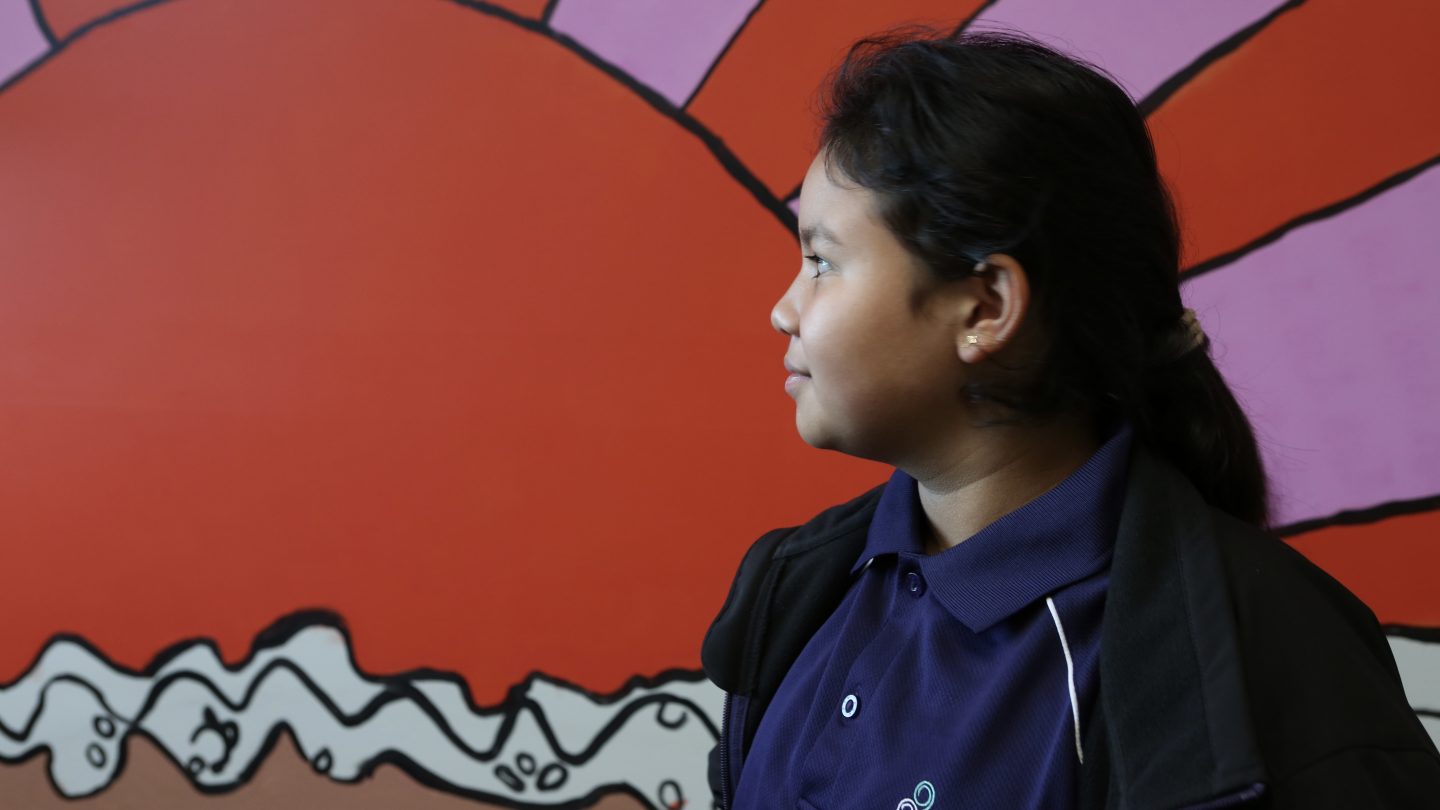 Ruby from Project O Frankston with her mural at the school. Photo: Big hART

Our Annual Report give a sense of this: 1,772 participants and 1,557 young people were part of the flow of change at 47 place-based events, with audiences of 10,837. Not easy during COVID, it is humbling to be part of. 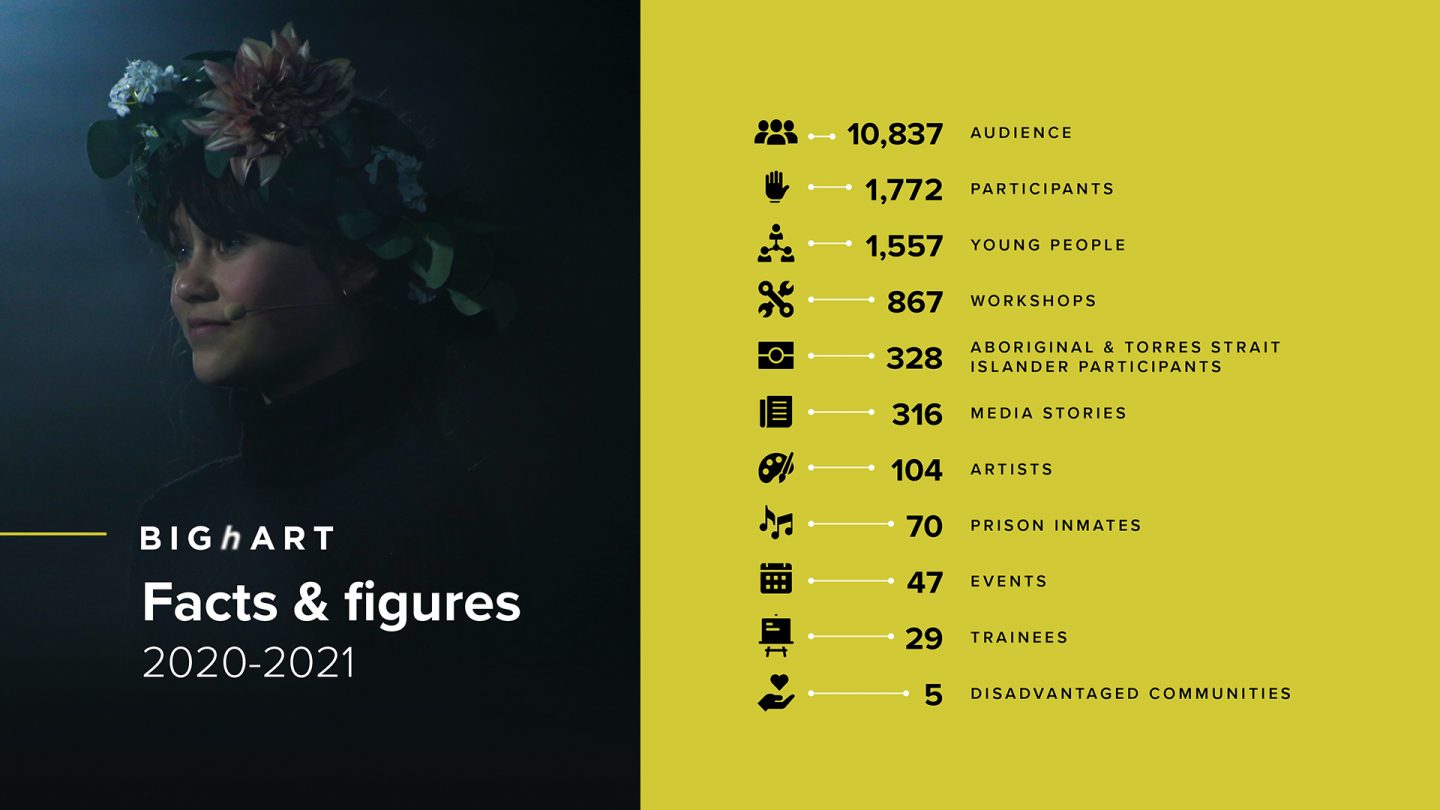 The Pollen E-News shares some of these stories of inclusion, flourishing and agency, with artists and young people stepping forth as advocates for mental health, equality and for the future of their planet. 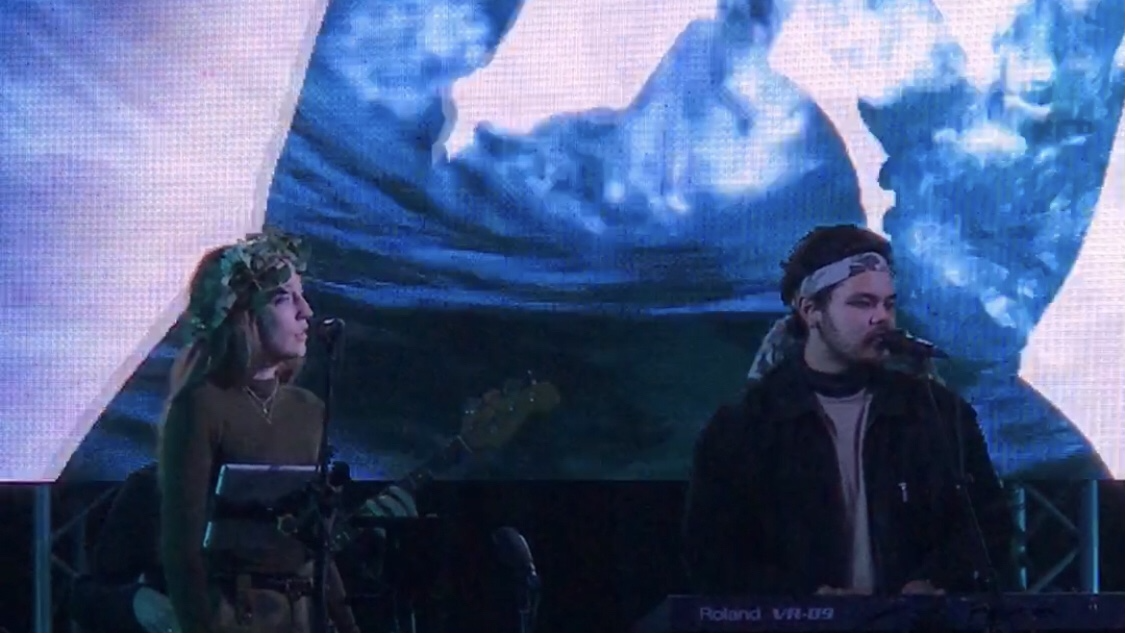 Big hART uses a few phrases to centre our work, and make sure there isn’t any ‘vision creep.’ One phrase is ‘everyone everywhere has the right to thrive,’ in other words, not just the fortunate few. If this past year has shown us anything it is the importance of thriving, even under duress. Thriving or flourishing isn’t about creating utopias, it is about resilience, and mutual support, and creating space for others to struggle and catch up. In fact, thriving is about justice, because justice is an important civic tool to ensure space is held for others, so that thriving can be for all. 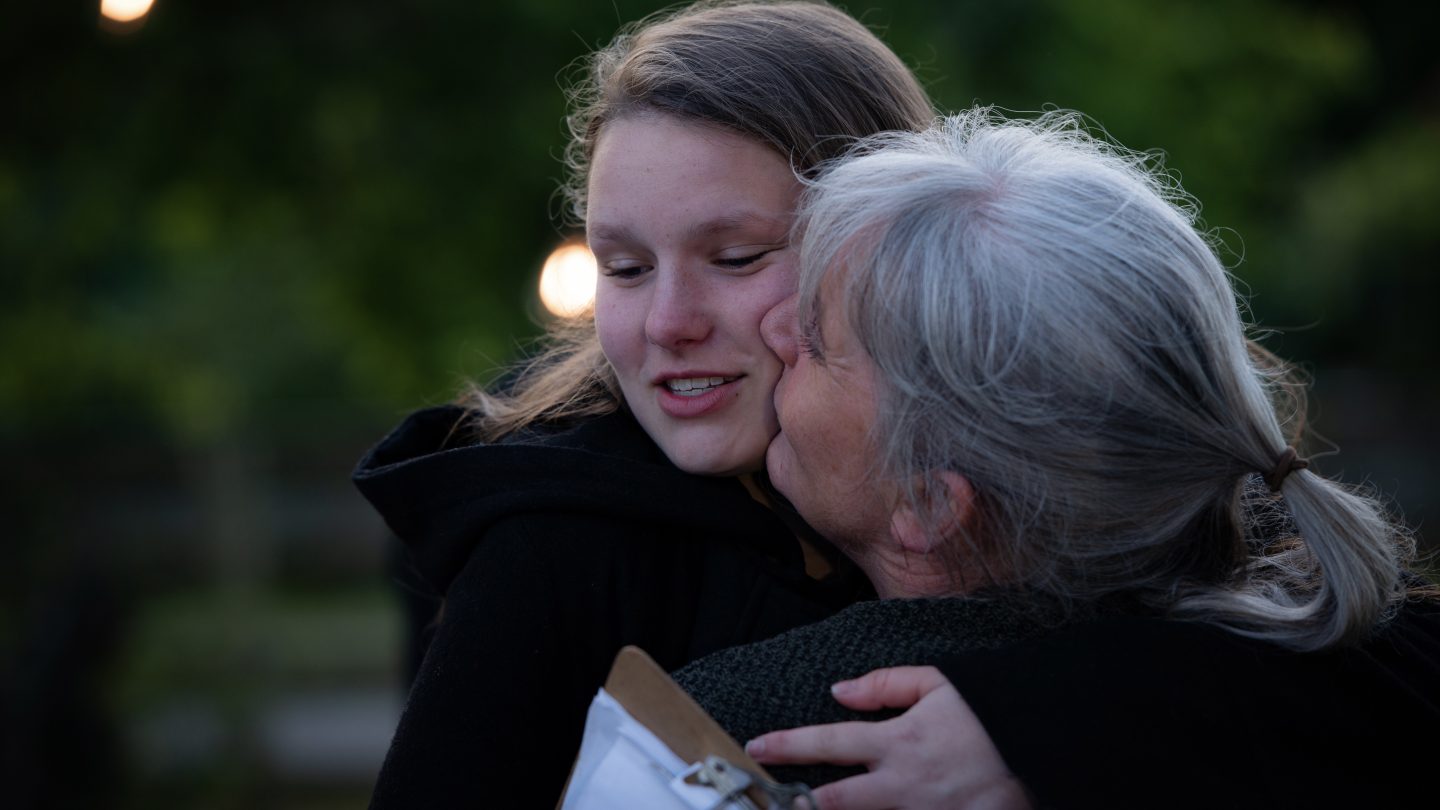 Cultural Justice is something that motivates Big hART’s work. Cultural justice is making space in the story that defines us – ‘the narration of the nation’ if you like. For everyone, everywhere to thrive, everyone has to be included in that narration. And that is why I so deeply admire and respect the arts workers and producers who work on Big hART projects. For they are making and holding space for the voice of others to be heard, to be visible. They are co-creating with others who have lived experience. This is cultural justice in action, and it is urgently needed, because the issues emerging in the 21st century are also urgent. 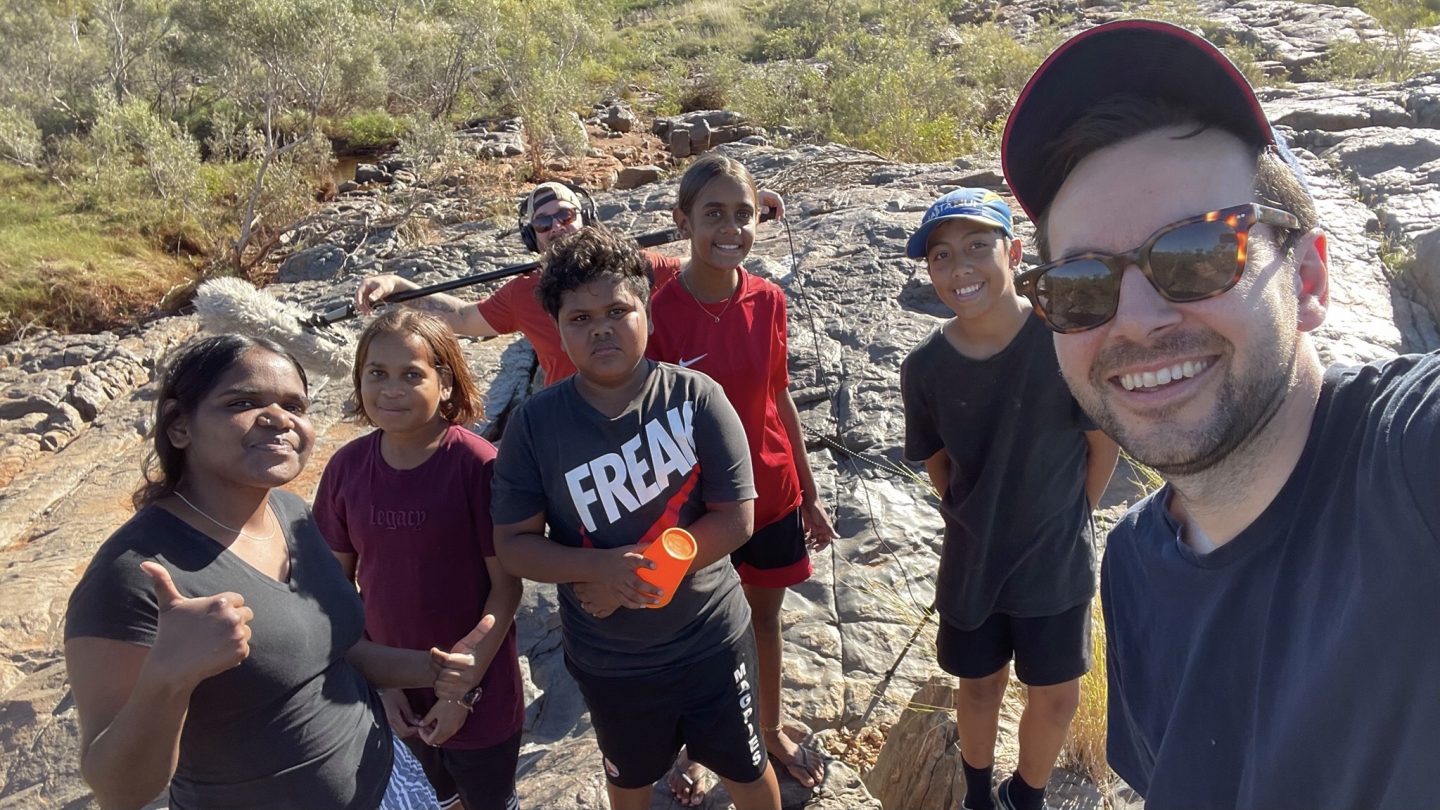 NEO-Learning’s Mark Leahy takes a selfie with Roebourne young people during a sound and beatmaking workshop in Roebourne.

To capture this idea of creating and holding space for others, the word ‘intermediation’ is useful. Big hART intermediates with communities, to allow new voices and invisible issues to arise and to find powerful mentored voice. This illustrates a kind of preventative aspect to story, which is captured in another useful phrase, ‘it’s harder to hurt someone if you know their story.’ In this way, story can be an important primary prevention. When you are included in the ‘narration of the nation’, you see and hear yourself everywhere in your culture, and you don’t really think about cultural justice. 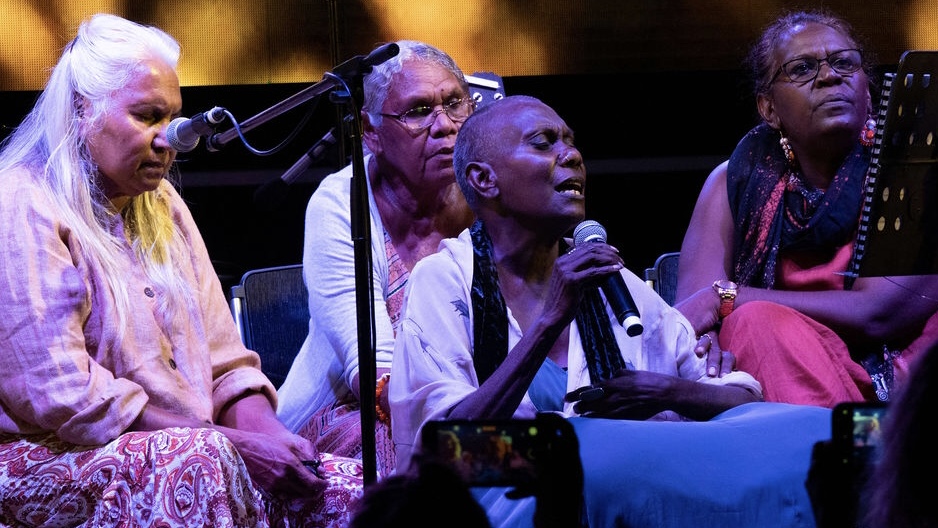 When you are excluded (perhaps unintentionally) you feel the exclusion all the time. And if you try and raise your voice, others often see you as whiny and carping, and dismiss you. What effective intermediation does is rebuild and hold those moments of speaking up – without having to shout – in ways that are full of hope, of new insight, told with deep artistry and excellence, so that hidden stories are heard anew, not through cheap agitating clumsy voicings, rather, through powerful poetics, irreverence, comedy, music and image. In this way, stories become powerful, and ‘it is harder to hurt someone if you know their story,’ told with equivalent excellence to the dominant, well-funded narratives. An example of this is Ty’s Project O Radio Diaries podcast, where Ty told their story of growing up in foster care in Tasmania, which aired on Life Matters on ABC Radio National in March.

This is cultural justice in action. It is a redirection of our woefully unjust cultural spend, to people and places and issues that are urgent, rather than reinforcing the hegemonic, predominantly white dead European male voices, which suck up our cultural spend. By way of example: four million Australians live with a disability, yet the cultural spend on giving voice to those who live with a disability by state and federal funding bodies, is so small it is beyond negligent, it is unjust. 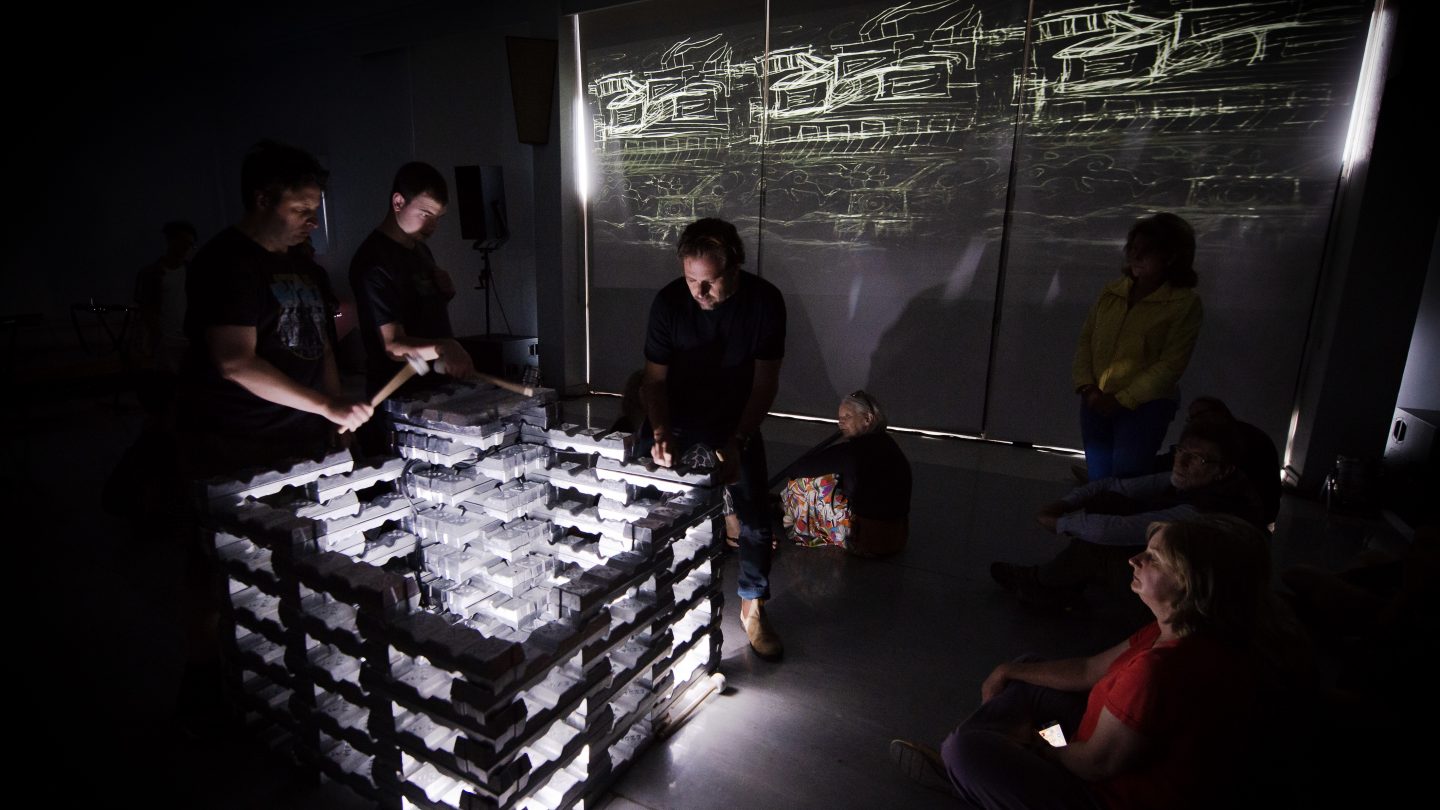 This is only one example and there are many. The only way for this to change is through arts leadership giving our cultural ministers courage to stand up to the well-meaning cultural bullies in this country who lobby to ensure cultural dollars are metro focused, white focused, European focused, tourist focused, institution focused, status quo focused. Unfortunately, most of the arts and culture sector is part of the problem of cultural injustice, not part of the solution. And this is true right here in lutruwita/ Tasmania. 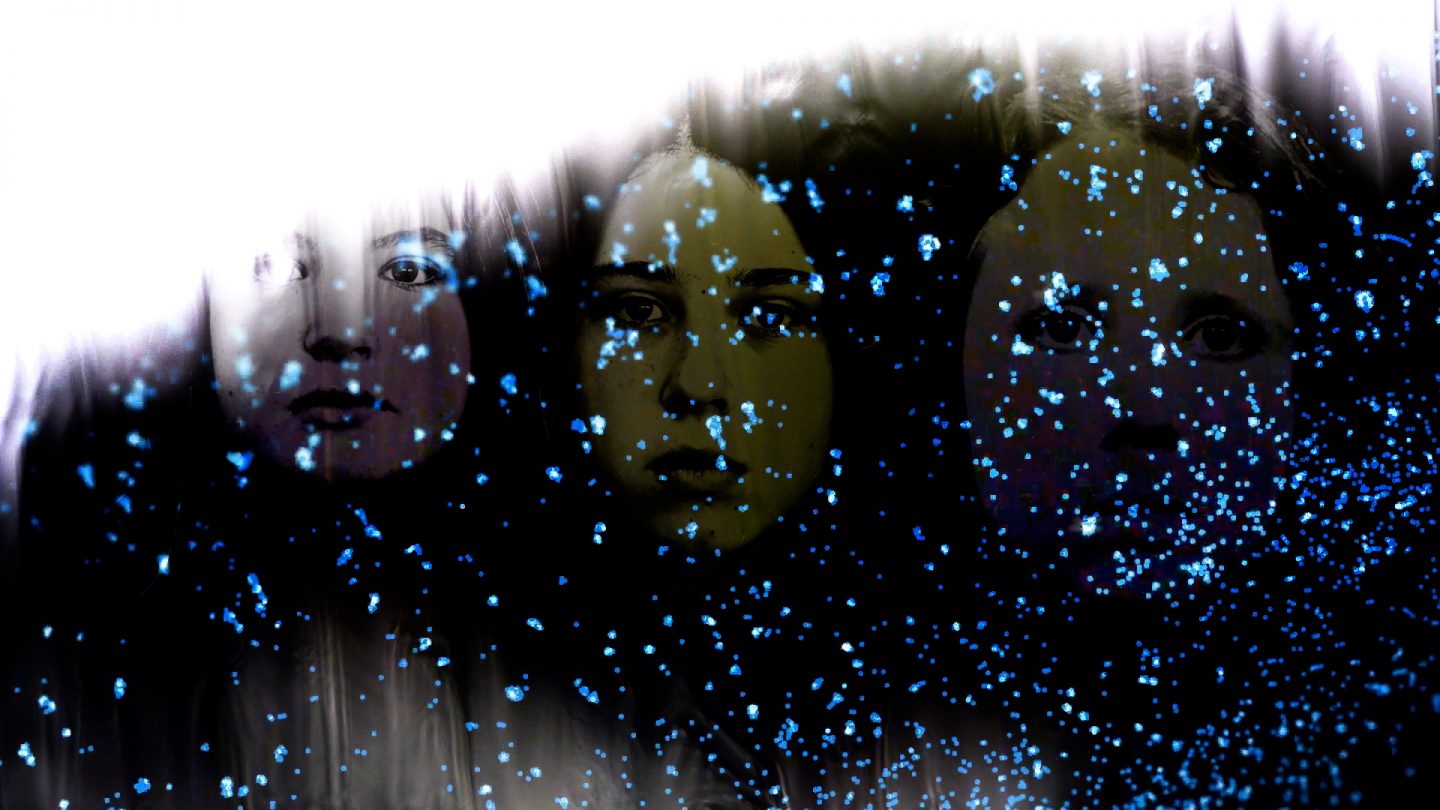 If you are reading this, you are probably interested in justice, and so at the end of the year, I’d like to take a moment to thank you as supporters, and thank the hundreds of participants who are speaking up, as well as our funders, and importantly our artists and producers and staff, who I admire so much, and who work so diligently at increasing cultural justice. I hope you can rest, contemplate, and pop your endorphins like a Christmas cracker. 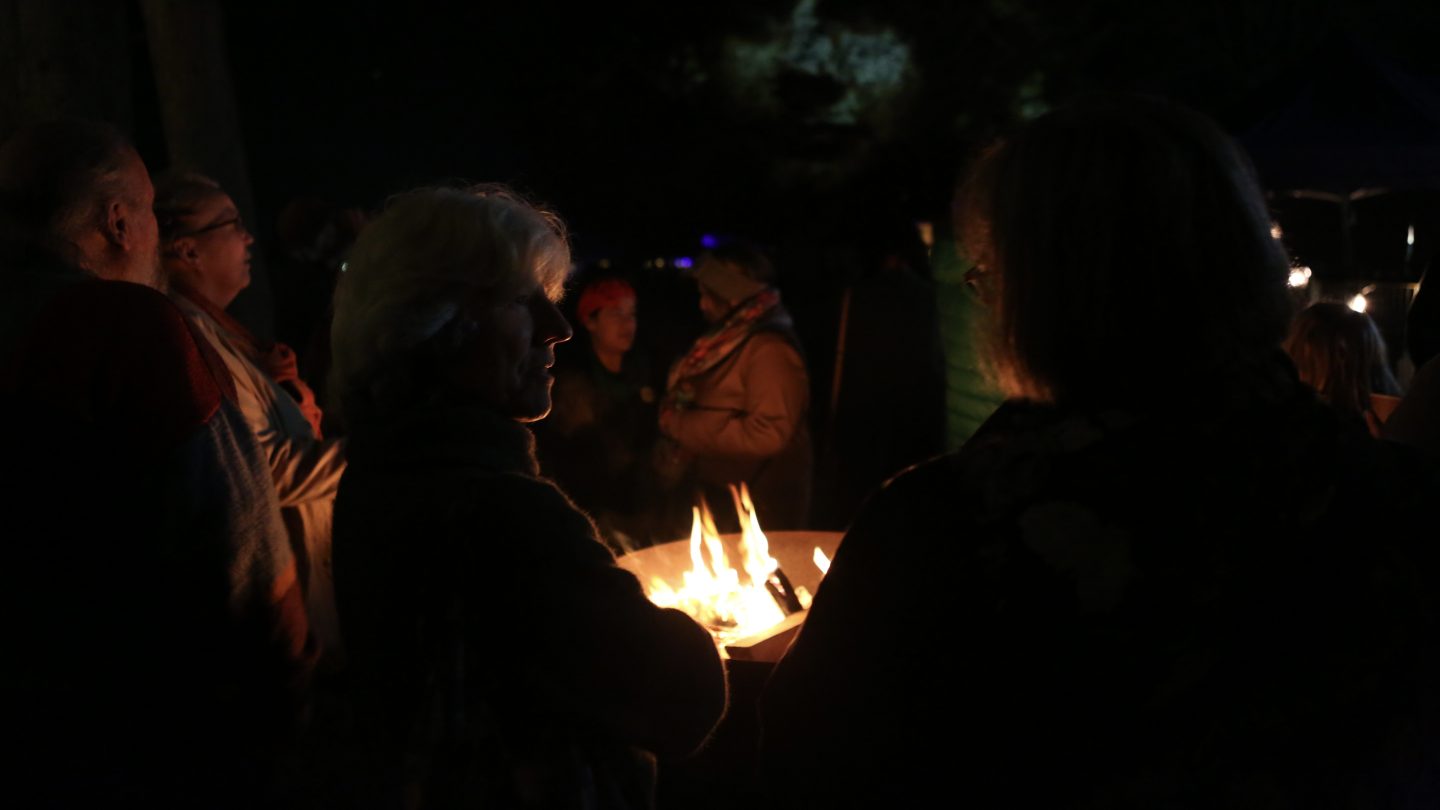 To find out what’s coming up for Big hART in 2022 visit our What’s On page.