The Generosity of Sheds

In its third season, the 2019 Acoustic Life of Sheds was the most successful event ever with over 1200 people in attendance, but for many it was more than just a performance. For Montana-born farm shed owner Devon Cruickshank, she inherited a whole new family.

Over 1200 people flocked to a potato shed, a silage tower, a shearing shed, a bulk storage shed and a woodworking shed for Acoustic Life of Sheds. Montana-born shed owner Devon Cruickshank said “We thought we’d just be cleaning up the shed… and putting seats out, but it seems like we inherited a new family.”

Devon and Alistair Cruickshank were one of five farm shed owners who opened up the doors of their home to the public during Acoustic Life of Sheds from 8-11 March as part of Ten Days on the Island. Their woodworking shed is nestled amongst a cottage garden buzzing with bees which overlooks the tablelands surrounding Wynyard. After performances it was not unusual to see audience members leaning on the boat Alistair is building and chatting with him like an old friend. “Alistair loves music, we both love music”, said Devon, “Alistair loved sharing his shed and his beautiful wood. It was delightful to become friends with the musicians, to become friends with the Project O girls and just become a family.” 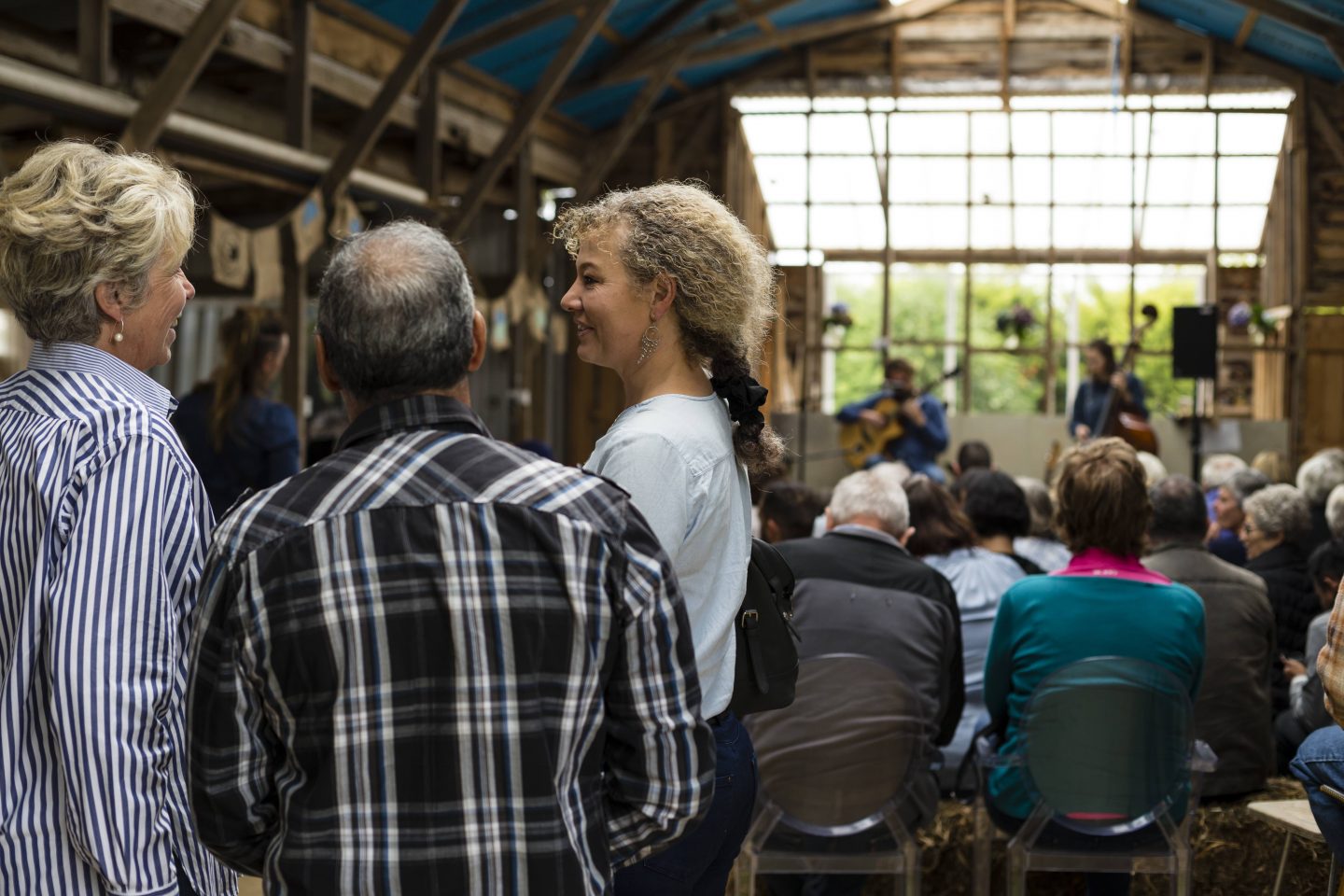 All audience members had their favourite moments, and for Helen and her teenage daughter Ellia from Burnie it was the potato shed. Presented by the Project O young women, audiences entered through a velvet curtain into a cool, dark, vacuous space which glowed with fairy lights, spotlights and strange percussive murmerings. “It was really unexpected” said Helen and her daughter Ellia added that it was Percussionist Maggie Abraham’s performance on a vibraphone at the end which she enjoyed the most.

Over at the silage tower at the Haybittels’ farm at Doctors Rocks where Brian Ritchie and Yyan Ng performed on the shakuhachi and taiko drum, every day Varuni Kulasekera served specialty teas and the restaurant team of Illume set up a pop-up restaurant. Audiences munched on delights such as fried fish sandwiches, battered fries and a salmon poke bowl whilst perched on hay bales on the hill. “Acoustic Life of Sheds has gained a lot of momentum over the years” said Illume owners Nick Charles and Suzie Rowe, “Six months ago we had patrons coming in here for lunch talking about it and you hadn’t heard that before. It’s a thing – North West coast.”

George and his partner Chika came up from Melbourne just for Acoustic Life of Sheds and had just emerged from the last shed on the trail, the shearing shed at Table Cape Tulip Farm where Lucky Oceans, Heath Cullen and band had played. George said “It’s been a surprise, each shed is so different. The experience, the musicians and the environment – being on the North West of Tassie. It’s just been incredible to be honest.” Then he reflects on the other performances of the day and adds “The mixed media of the Don, the projection, I wasn’t expecting to see that. We’ll be back for another one. It’s a great way to see Tassie.”

For Chika, it was the quintessential road trip which was also just as enjoyable as the performances, “Probably the best part was travelling between shed to shed – because it’s not on the highway you get to explore the beautiful land on the Tasmanian west side. I’d love to take my parents from Japan, to show them the North West.” 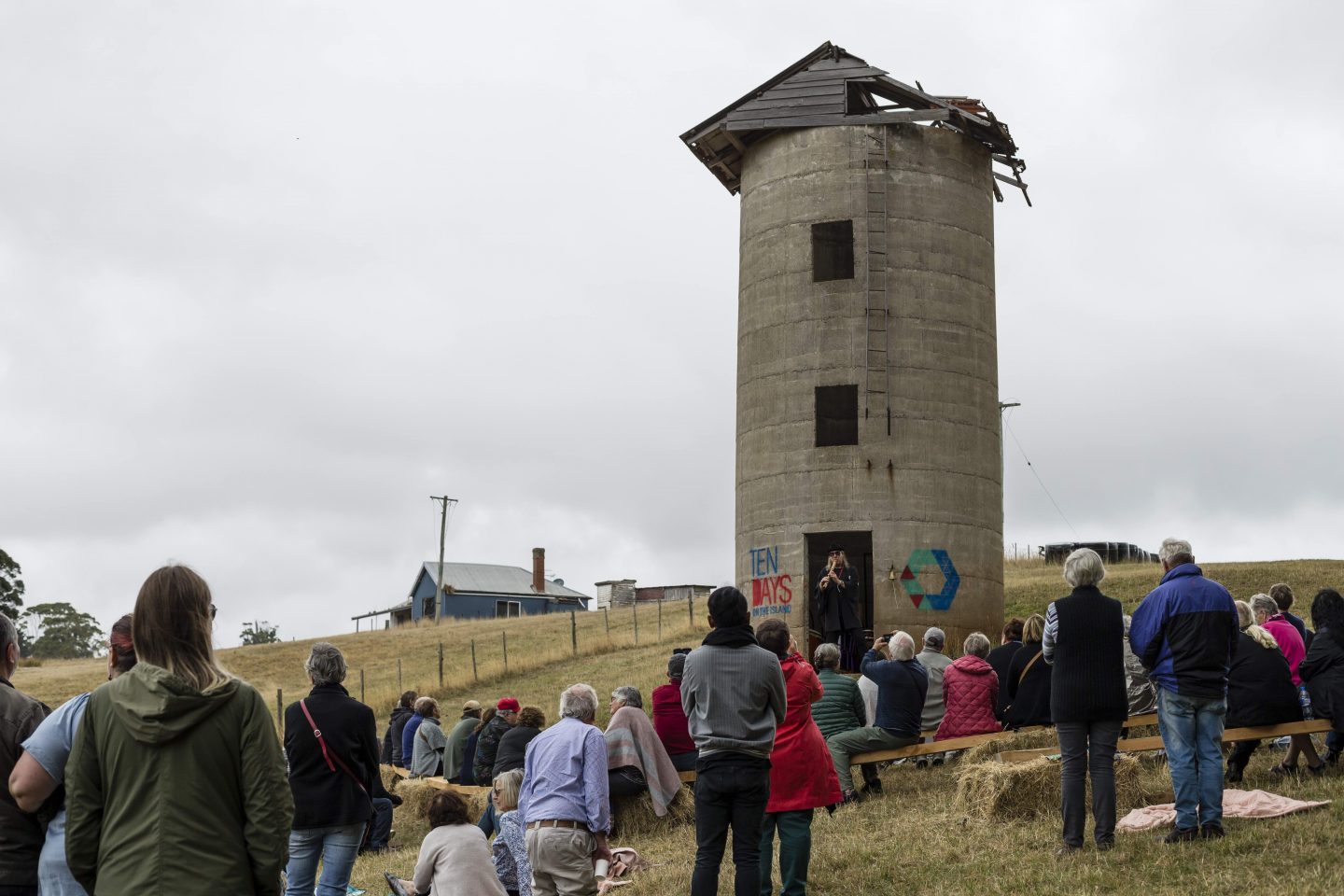 Back at Alastair and Devon’s property Gumhill, audiences both young and old drift in to the woodwork shed to watch guitarist and songwriter Aaron Hopper accompanied by Sasha Gavlek on upright bass. Each shed is a musical journey in its own right, with its own stories to share. Aaron speaks of his own journey from three years in the Pilbara to North West Tasmania, and then imagines the future expeditions of Alastair’s boat when it sets sail. The story evoked through a new work Aaron has written just for this performance – ‘Night Boat’ – with jazzy finger picking and every movement on the fret looped and woven into a dreamy bed of sound.

For Devon what surprised her most about the experience was “the generosity of spirit, the kindness, the whole warmth of the experience, it became very personal.” She adds, “It’s a fantastic project to bring music to the community, it brings the community together.”