Introducing Mark Leahy, the Music Director and Associate Director of SKATE. As Drummer of Melbourne power pop band The Twoks, he's played everywhere from Edinburgh to Japan and Dark MOFO. An experienced musician and educator, Mark has conducted workshops across Australia, with a particular focus on a deep human connection to rhythm, original composition and found sounds.

As the Music Director of SKATE, Mark Leahy is working closely with the cast to produce an energetic audio soundscape, “There are some beautiful organic sounds on the skateboard – the grip tape and the wheels, the sounds of the board coping on top of the ramp.”

1. What first attracted you to working as the musical director for SKATE?

I was really interested when Big hART approached me on how to combine the already quite rhythmic aspects of skateboarding into sonic composition. The challenge of creating a new rhythm form was what drew me to it.

2. How does musical background or ability play a role in selecting SKATE cast?

It plays a big role. All the cast have musical ability, some more so than others. Then everybody involved in the project gets music and rhythm training, so we build up everybody’s ability as we go. It’s also really interesting to see how many skateboarders are already quite musical and really interested in music, so it overlaps. 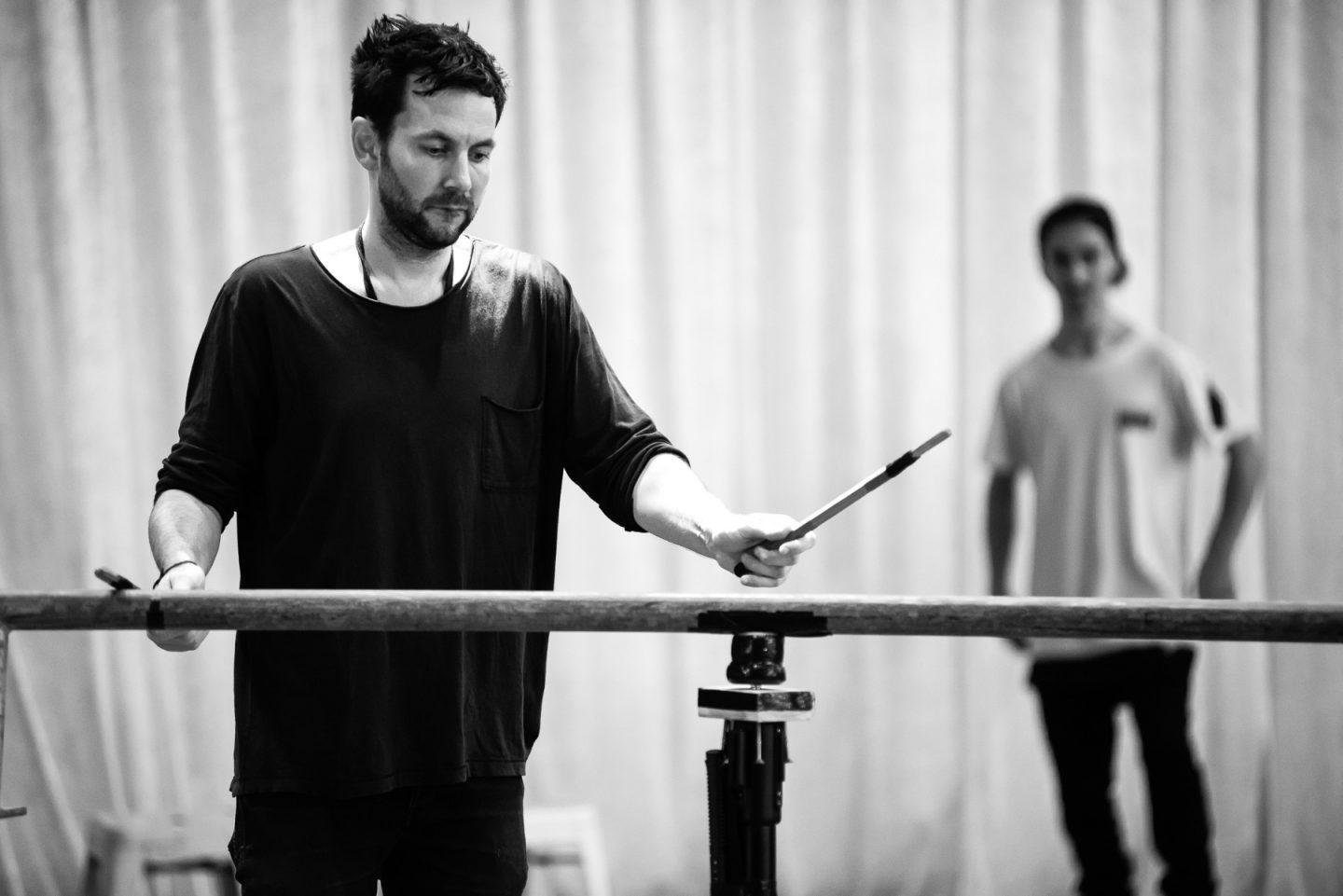 3. What has the collaborative process looked like with SKATE cast in discovering new sounds and transforming those sounds into a score?

A lot of the improvising and natural free form of skating has a great rhythm to it. Shaping that has been quite a fun thing to do. A lot of the time I’m describing what different rhythms that I’d be interested in hearing.Then using their skills, they will make that happen with the skateboards and the ramps. There are some beautiful organic sounds on the skateboard – the grip tape and the wheels, and the sounds of the board coping on top of the ramp, and then the elements of the skateboard itself are quite naturally percussive. So the organic sounds are really exciting, and then we are using various technology to amplify and trigger off different sounds, using sound design. That’s been really successful as well.

4. How has the physical Cutaway space and architecture affected the development of SKATE’s musical score?

It’s quite big and cavernous, and has a beautiful natural reverb to it. We’ve been playing a lot with big open natural reverberant sounds. 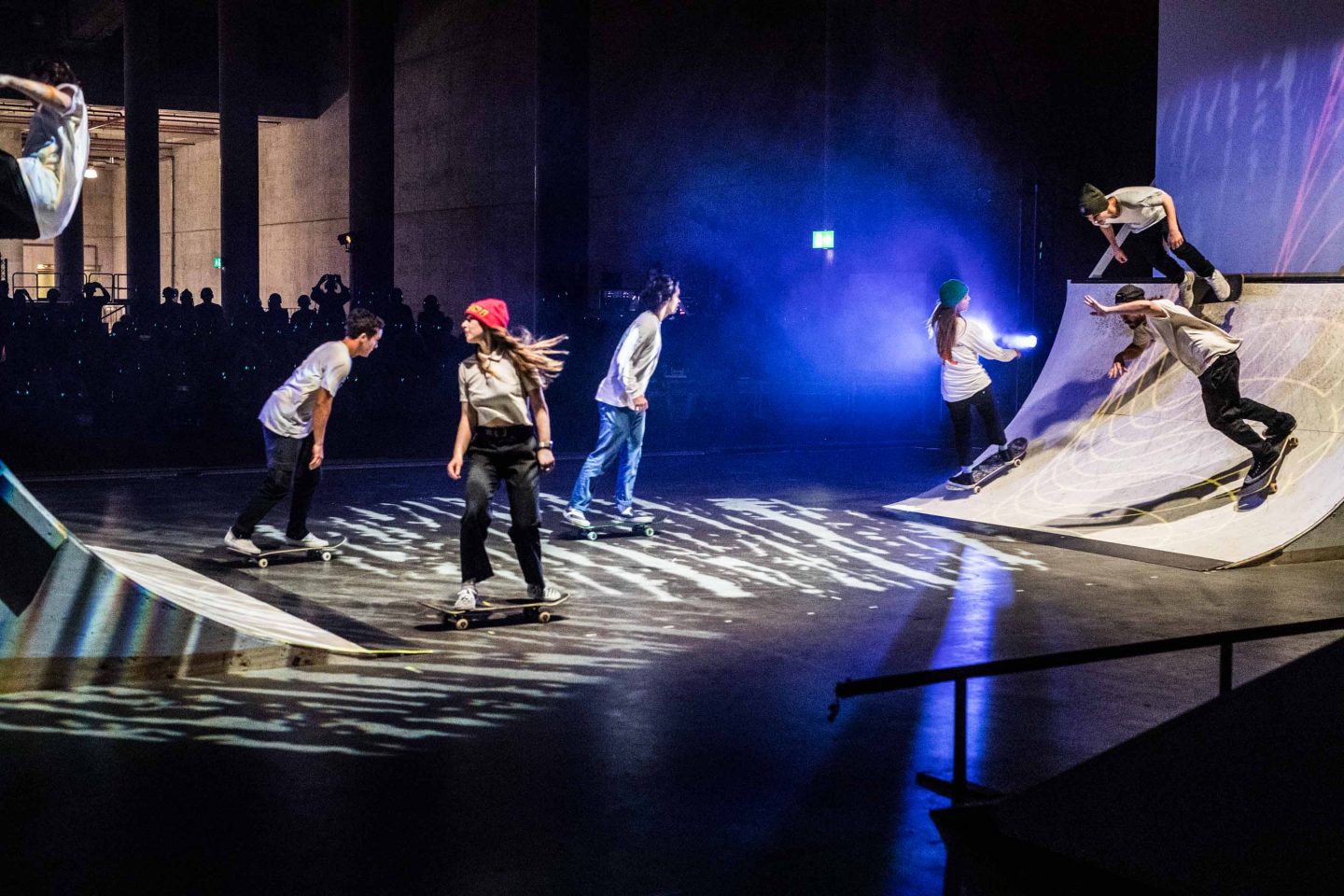 5. How have you balanced the aural production of SKATE, with the overall aesthetic of the show?

What we try and have is a natural integrity to what we’re doing in term of movements and work that skateboarders would do naturally. That has really formed the aesthetic as we go along, so that it is a genuine collaboration.

6. Tell me about one major transformation that you have seen in the musical score of SKATE since it’s creative development in 2017.

We now have a cast of up to 7 or 8 people on a 6ft half pipe, all skating in time with precision. That is something that we didn’t quite get to in Melbourne. And to see that lock into place, is a genuine exciting moment for us. 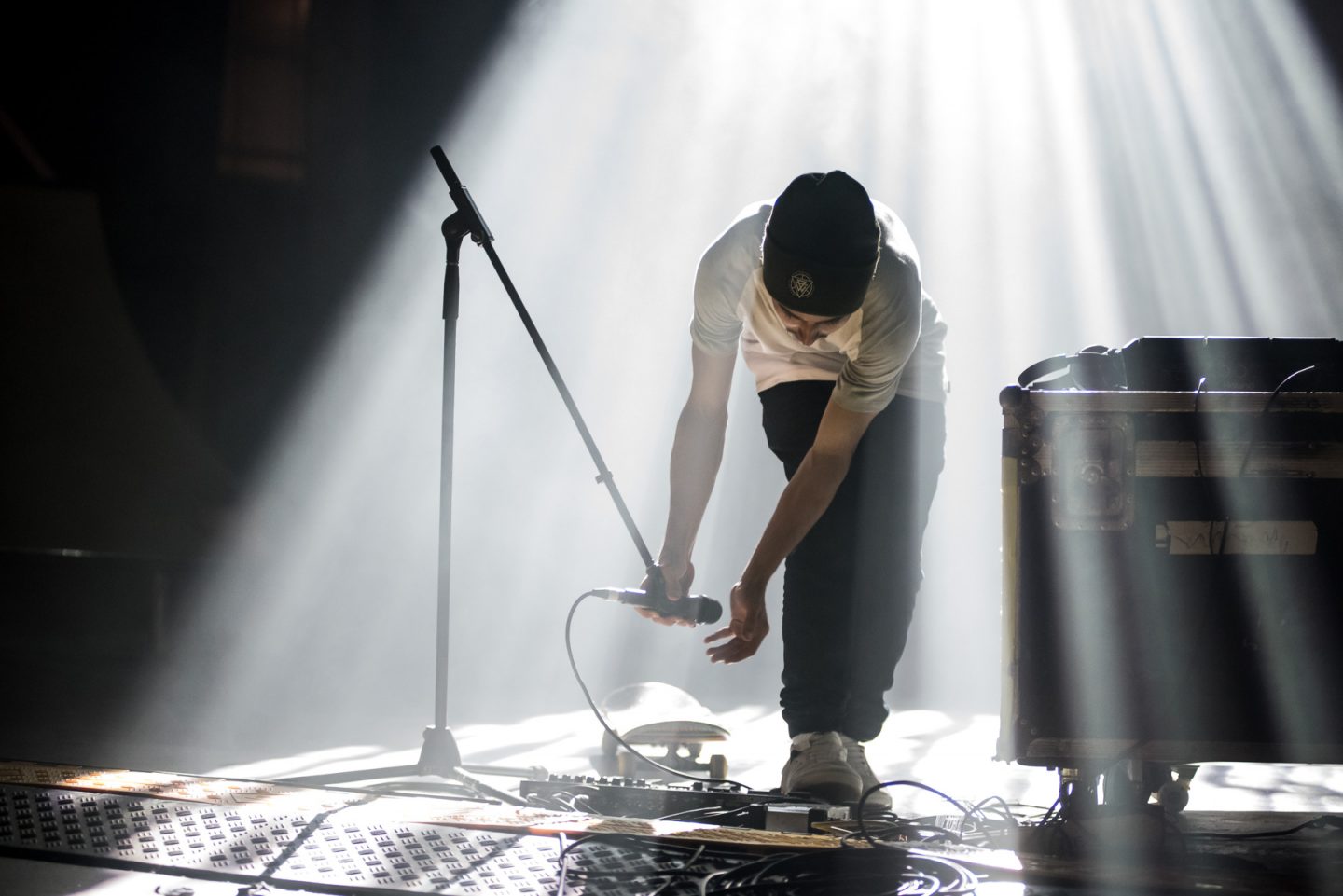 7. You are a drummer and music educator yourself, with a focus on human connection to rhythm. What new insights has SKATE provided you into this intrinsic connection?

It’s interesting to hear the skateboarders talk about how the sound and the rhythm inform their feeling on a skateboard. That is something I hadn’t considered before in terms of moving through space, and the sound, and then of course watching where you’re going, but also listening out to how it feels under your feet and stuff like that. There’s a really natural, beautiful rhythm to that. And then also, skateboarders aren’t as binary in their interests as much as people make out. They’re quite esoteric in what they’re listening for, and what they’re feeling, and what they look for out for, in terms of the sounds that they make when they skate.

8. What are you most looking forward to audiences hearing in the musical score of newly developed sections of SKATE, leading up to its premiere?

I’m really interested in the big anthemic moments that we can create in the show. Then I’m also super excited about the small moments, and the beauty, and the way that we can use the resources that we have and the skateboards and ramps and sound design to make stunningly beautiful sounds and music.