Songwriting – a lifeline between prison and the community in Roebourne

Roebourne Regional Prison in the Pilbara, Western Australia sits on the outskirts of Roebourne, just a 5km drive from the town centre. Big hART's work with the prison community is vital, according to a recent *report, 90% of Indigenous men in WA born in the late-1970s have been arrested, charged or summonsed by police. Big hART has been going into the prison since 2012 to run music and songwriting workshops with leading musicians such as Shellie Morris, Lucky Oceans, David Hyams and John Bennett. In 2018 and again this September, artists will facilitate prison songwriting workshops in the lead up to Songs for Peace.

Sometimes songs can do more than just be an expression, they can be a lifeline. In Roebourne in the Pilbara, songwriting is helping incarcerated Indigenous men connect back to their community and Country, and join families with their loved ones.

It’s been playing on my mind

Too many years too much time. 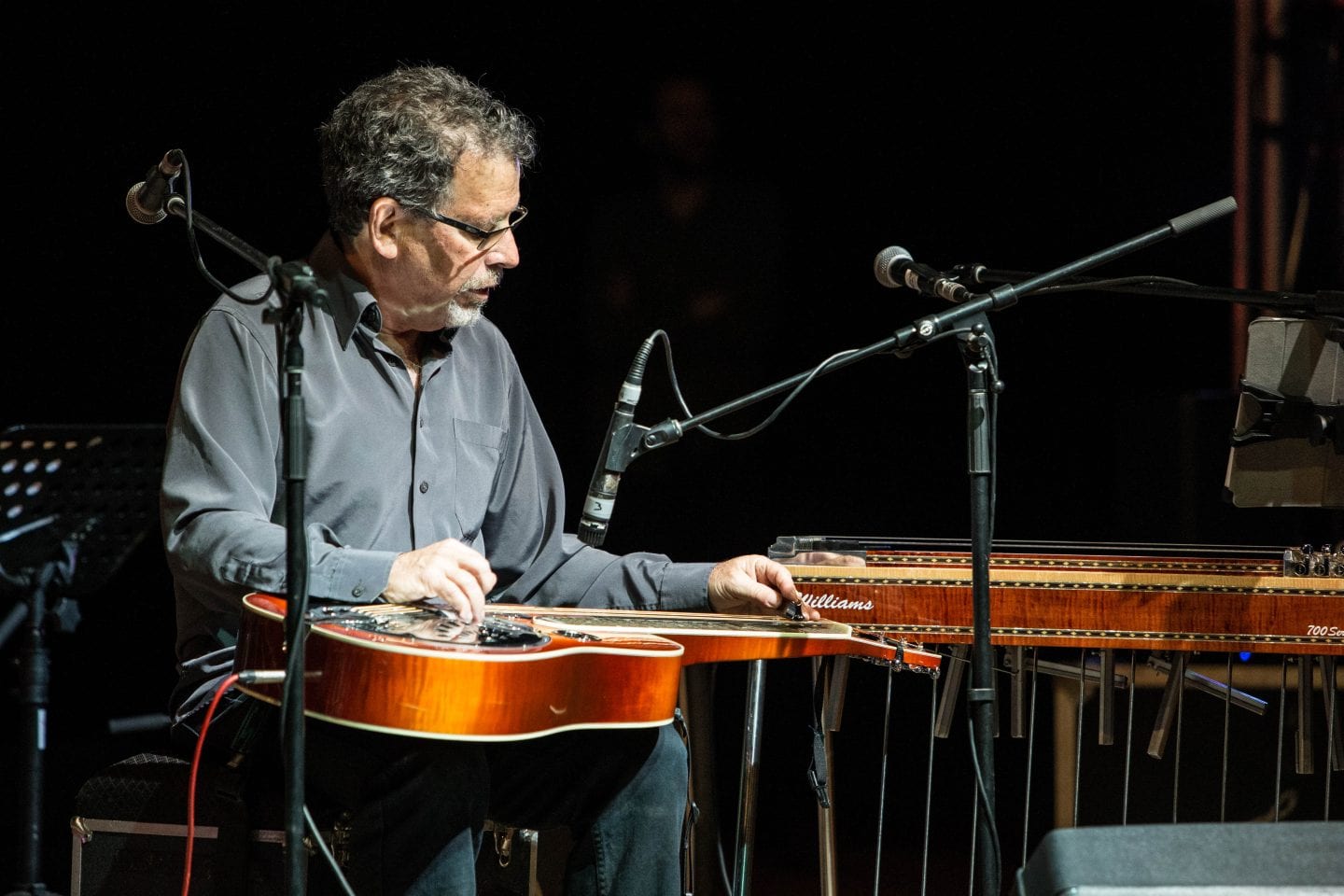 Lucky Oceans, Grammy Award-winning artist and the music director of Songs for Peace, is on the phone from his home town in Fremantle. He is eager to share his experiences of the prison workshops over the years, and talks passionately of Roebourne, calling it his second home. “When I first went into Roebourne prison, I was struck by the inmates’ desire to be in the songwriting workshop. It just felt like playing music and making up a song was just a natural part of their lives, we were just there facilitating it.”

Not enough roads, Too many signs

Virtuoso guitarist and singer-songwriter Aaron Hopper lived in Roebourne with his small family for over 3 years, working with the community as an Associate Artist with Big hART. In July he returned to do workshops and will head back to the West in the lead up to Songs for Peace. When asked to paint a picture of the workshops in the prison, Aaron says “The general feeling in the room is one of focus, excitement and of getting the job done because it’s important to get your words out because it might mean that your family hears them.”

For freedom I have fought

I have grown through the unknown. 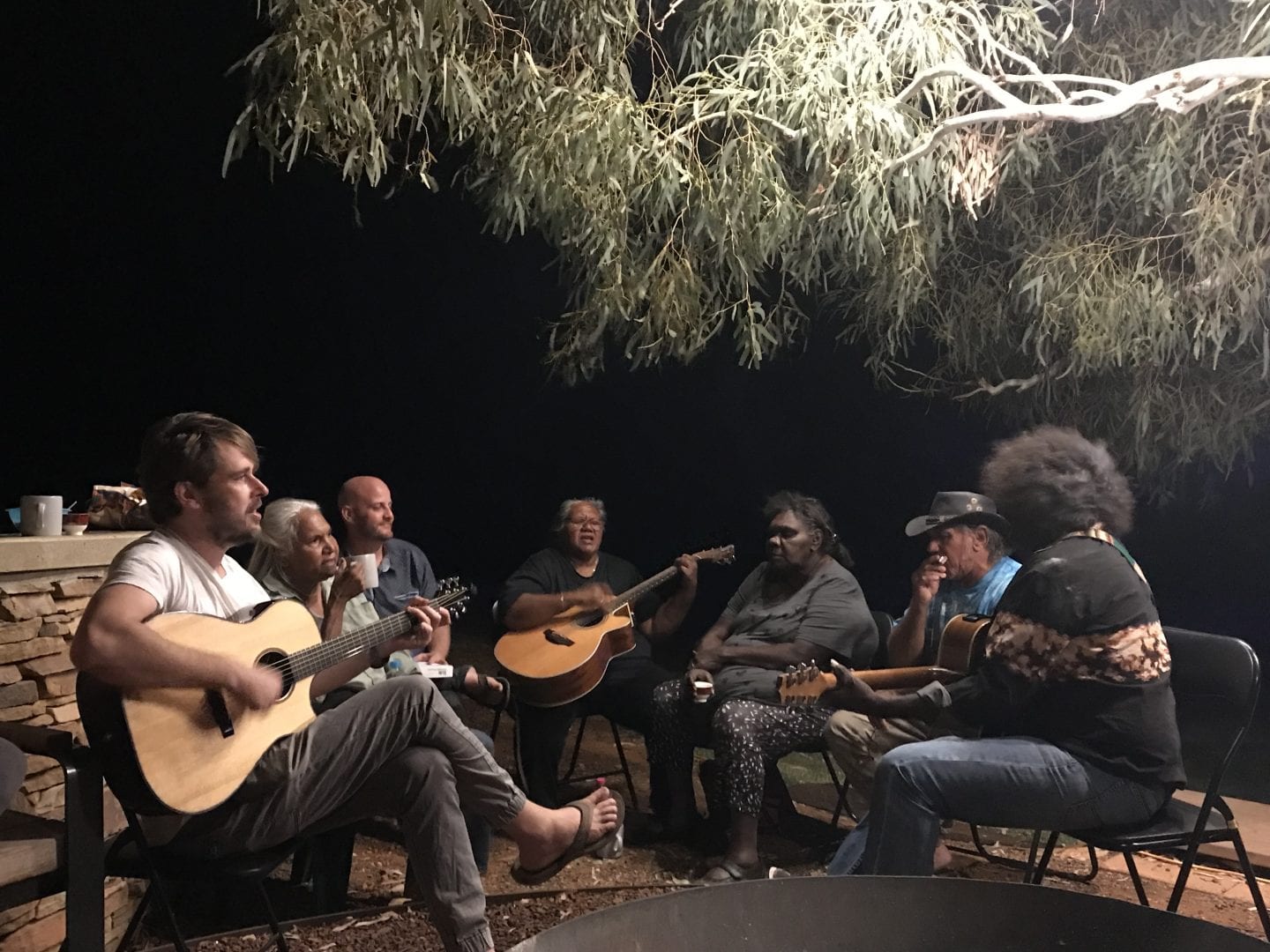 The songwriting begins with a piece of paper, a theme and a title. Each participant writes a sentence, responding only to the one line before them. The piece of paper slowly goes around a circle, with each participant adding a line till the song is finished. This process Aaron Hopper attributes to West Australian singer-songwriter David Hyams. From his new home in Tasmania, Aaron is reflective, the lifechanging experience of living in Roebourne still close to his heart, “Something I observed in the prison was although the inmates are imprisoned by walls, their minds are very free. If you contrast that to someone on the outside it’s often the opposite.”

I have travelled as far as I can go

But now I’ve got ten days to go

Roebourne community member, musician & cultural advisor Allery Sandy sits down with us to have a chat in between music rehearsals at the Ngurin Cultural Centre. Community members are coming in every Thursday afternoon to practice their songs in the lead up to Songs for Peace. “I believe it’s a very strong thing that they do in the prison by writing their songs and reflecting back to the country where they grew up”, Allery Sandy says. “I guess being in prison it’s opened their spirit to think more clearly of the wrongs they’ve done, and how free they used to be in their own community. And for them to write their song, it gives them joy.”

Tomorrow will be nine 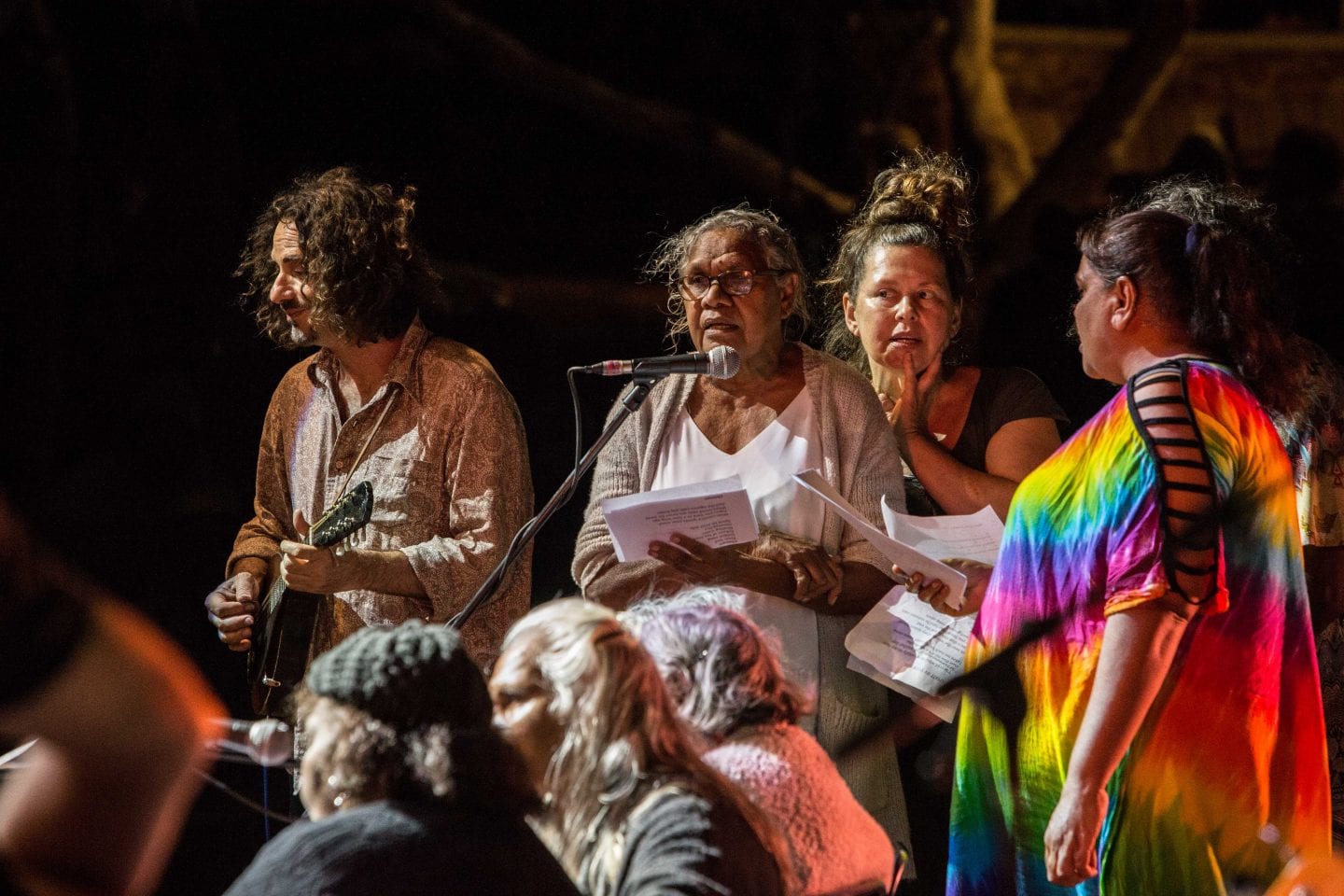 But the value of telling their stories through song doesn’t only bring value to the prisoners. This carries through to the community, when the songs of the prisoners are performed on stage at Songs for Peace by local and national artists. “It is important for each and every family member in the community to hear their songs”, says Allery. “We feel sad and sorry about them being in prison.  It makes me proud to know there are young families, especially men and women there that have talent, they just need to be encouraged.”

“Whether they’re hurting, whether they’re happy. It all comes out when someone goes there and just be there for them and says ‘You’re not locked up there forever. You can do something while you’re in there. Let’s write songs and tell your stories through your songs.’”

I’ll be leavin these walls behind

Facin’ new ones I will find.

Lucky Oceans says that what is unique about Songs for Peace is that it’s a shared project between the community and the prison. “Most prison projects are isolated but in Roebourne there’s a sense that the songs from the prison are part of the community.” He goes on to add “Because Roebourne is such a caring and inclusive community, that extends to people in the jail, even though not all are from the Roebourne area.” 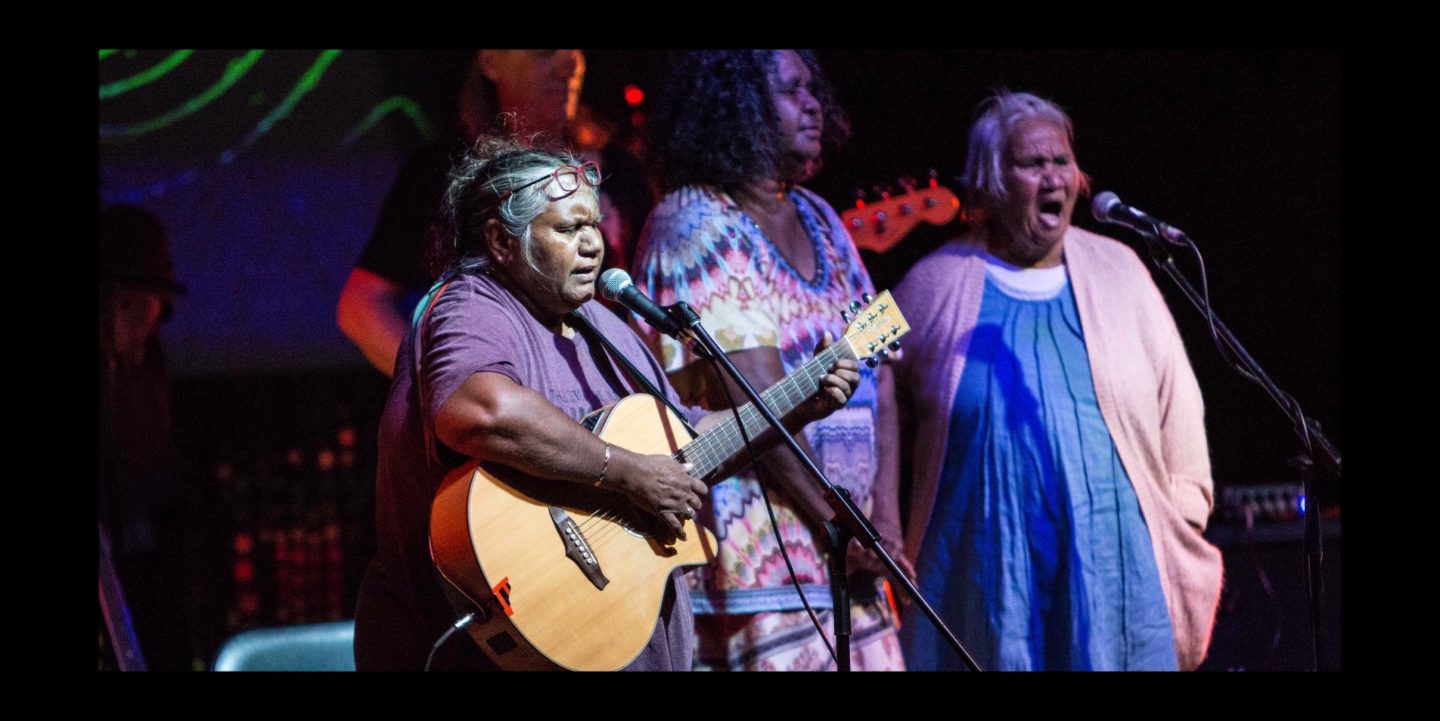 My family is where I’ll be

I am them and they are me.

The most moving experience for Lucky was when he went into the prison last September, for one final songwriting workshop which was going to feature Archie Roach. “I said to everybody, bring your own song and sing it for Archie. We had tea and scones cooked by the prisoners. They all came one by one and all played their songs for Archie, including a woman who said she’d never written a song before. The prisoners urged her forward. Archie was visibly moved, he said that through their songs, they had given him something.”

I’ve only got ten days to go.

“Everyone has their song, whether it’s in song or it’s in language, says Allery. “Sing it in language then it’s coming from your heart to your people, to the ones who understand the language.”

Songs for Peace will be held on the International Day of Peace – Saturday 21 September – at the Ngurin Cultural Centre in Roebourne, with a program of music and peace-making in the lead up. To find out more follow Big hART’s Roebourne page ‘Yijala Yala Project’ on Facebook HERE.

*Statistics from Andrew Leigh’s 2019 Report ‘The Second Convict Age: Explaining the Return of Mass Imprisonment in Australia’, as cited by the Guardian HERE