The Art of Empowerment

Young women from The Pines are developing pride, positivity and aspiration through art under inspiring female mentorship at Big hART's Project O program in Frankston.

From the outside of Monterey Secondary College in Frankston, it may look like another vanilla day at another high school in Melbourne – lessons, curriculum KPIs, smart phone control, teenagers embroiled in the latest dramas. But in one room, there’s a project going on which is unlike anything in the country. Students have painted their own room, class members are preparing speeches for a community event and being mentored by women at the top of their game, and today the students are working alongside some of Australia’s most talented female artists. Welcome to Project O.

Celebrated mural artist George Rose has painted street murals from Mexico to Darwin, with a portfolio of impressive exhibitions, corporate commissions and even a feature with neon and seahorses at this year’s Vivid to add to the list. But today it’s all about working with young women on empowerment through art. All term they have been exploring their sense of self and inner strengths, through the creation of digital artworks. The conversation is very honest and personal, George Rose says “The conversations I’m having with the girls are- ‘what’s important to you, what would you like to say, what can represent you to other people’.” 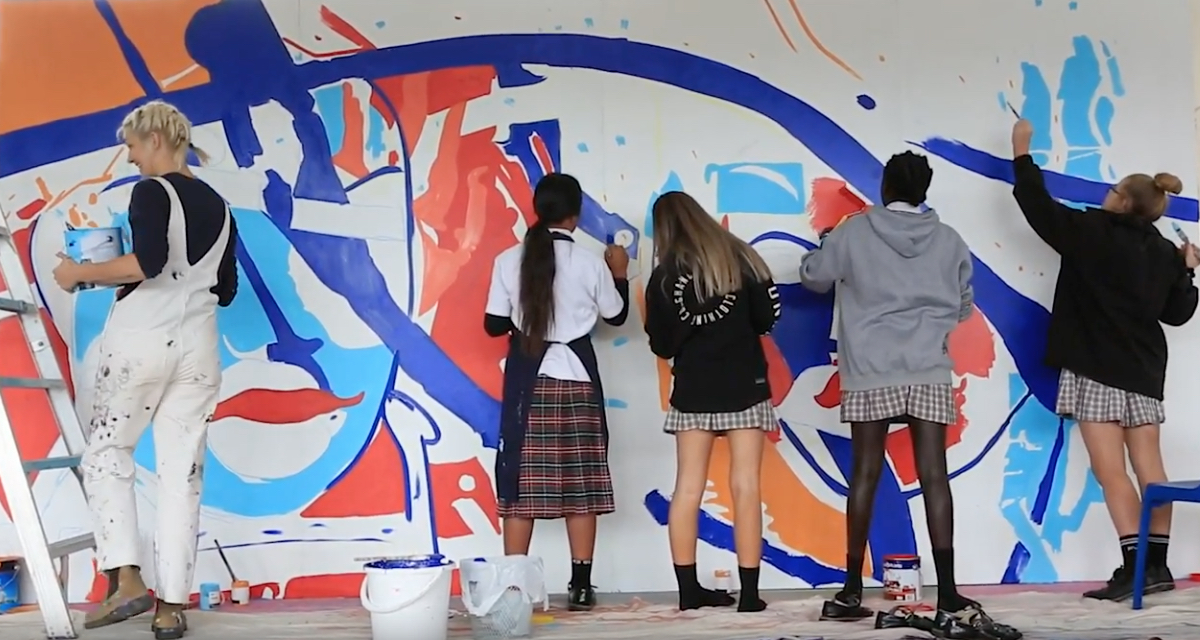 For some of these students, this kind of discussion may not be normal. Statistically, Frankston has the third highest family violence incident rate in Victoria, one of the highest violent crime rates in Victoria, and Frankston has higher rates of youth disengagement compared to the whole of Victoria.

Project O Producer Natalie O’Donnell says that engaging artists and mentors onto Project O who are at the top of their field makes a huge difference to the rate of growth which happens in the young women. “It cuts out about twenty steps.  Through their ongoing association with these mentors, and through the sharing of the mentors’ experiences, the young women witness first-hand examples of aspiration as something tangible, and success as something achievable.” 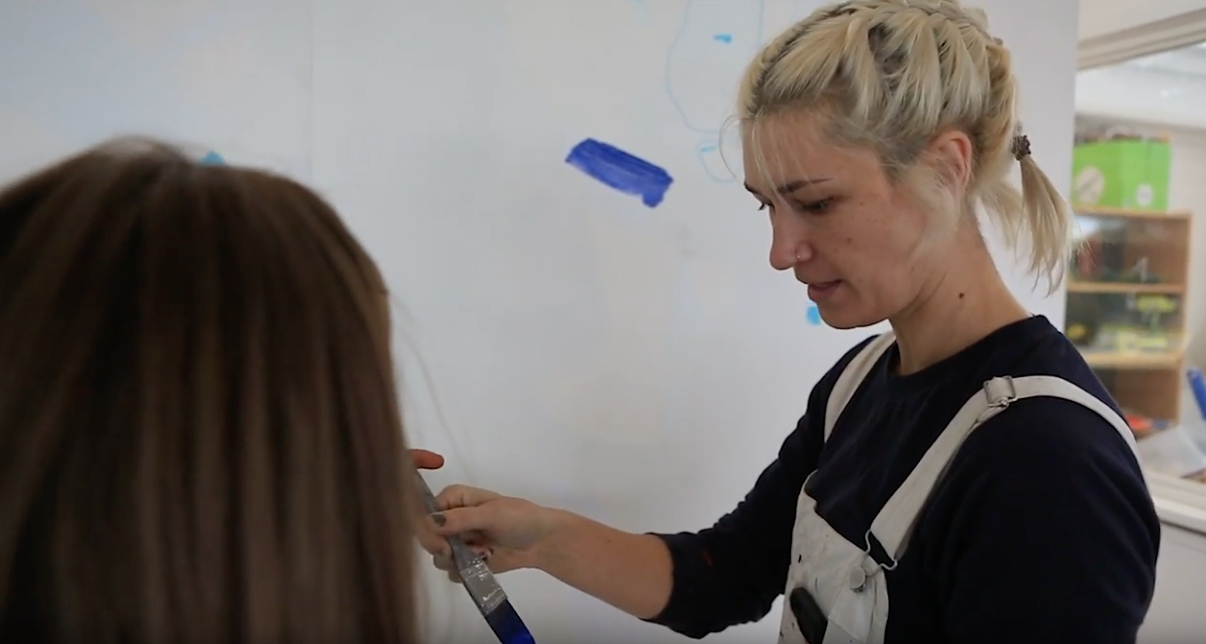 “In Frankston North this is particularly important when many of the young women have felt limitations on them because of their postcode, despite their fantastic potential the steps to achieving their aspirations aren’t as clear to them.”

Also working with and mentoring the Project O young women this term is award-winning photographer Nicole Reed, whose work has been acquired by the NGV and exhibited on Cockatoo Island and who has photographed the likes of the Hilltop Hoods. Just returned from North Korea, Nicole has been working alongside George Rose as well as illustrator and muralist Justine McAllister in the Project O classroom to develop digital artworks which look at the way young people use language, and the words they use for and against themselves and their peers.

“There’s a lot of negative language amongst young people. The words that are the norm, it’s incredible, so we’re just trying to introduce the idea of empowering words”, says Natalie O’Donnell.

Some of these words now form a wall-to-wall mural that the girls have helped create and paint on the internal walls of the classroom. This reframing of language sees words like ‘strength’, ‘loyal’, ‘integrity’ and ‘one team one dream’ now emboldened on their walls. 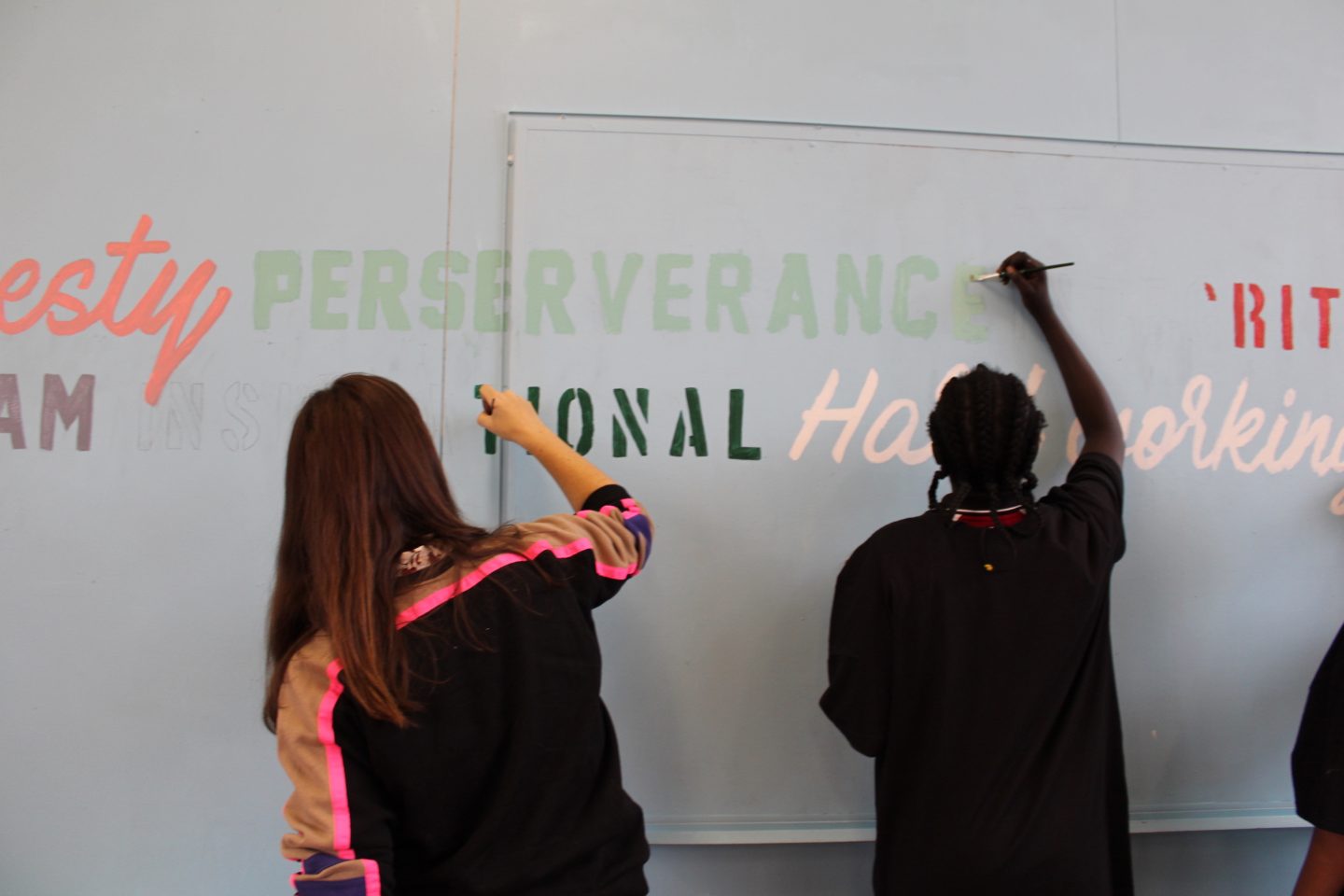 Nicole Reed says, “It shows them alternatives to stereotypical ideas and words attached to girls of that age.” She goes on to add, “I think art is a way of doing something that’s fun and that’s manual and hands-on, which is a way that you can self-reflect without knowing you’re self-reflecting. It makes you visualise your thoughts.”

Project O is also part of the program at Mahogany Rise Primary School. Here young women have also been working with language, breaking it down word by word, letter by letter. It may sound simple, but this focus on identifying positive characteristics such as kindness and courage, coupled with providing a supportive space surrounded by strong female mentors is paying off. “The thing that I like about Project O is it’s a safe place and we get to express ourselves”, says 11 year old Project O participant Akira. 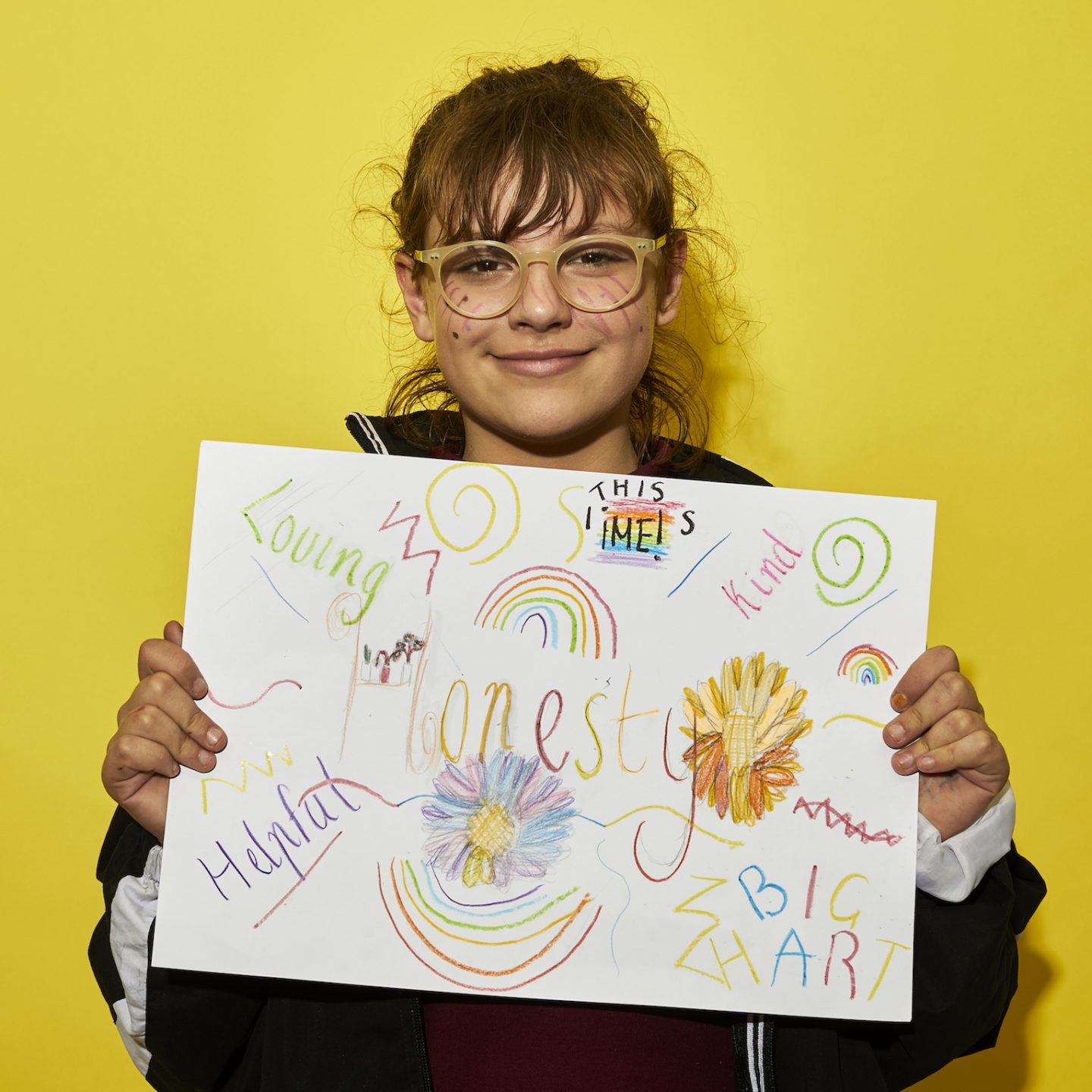 Both George Rose and Nicole Reed didn’t have mentors growing up. Nicole reflects on the culture of mean girls and the lack of support networks, and George talks about how important it is to be with women who do what they love and are passionate about what they do. “The more that you’re exposed to people you have a connection to who are doing something and succeeding, it’s much more of a motivator.”

But the mentoring is not just a one-way street, every artist, leader and practitioner working with Project O is also growing through the project and often returns again and again like George Rose, who has worked with Project O also in Tasmania and Roebourne in the Pilbara. “I definitely feel like I learn a lot from them, and I think that when they realise that, that’s empowering for them”, says Nicole Reed.

To find out more about Project O, go to: https://projecto.bighart.org