The Power of Risk

In a hidden corner of North West Tasmania, young women are finding their voice, and it’s through risk-taking events.

When you hear of teenagers engaging in risky activities you might instantly jump to drug-taking, drinking and damaging of property, but for a group of young women in Wynyard and Smithton, it is risk-taking that is helping them become leaders in their community.

Big hART’s Project O program operates in NW Tasmania, Frankston (Melbourne) and in Roebourne in the Pilbara and takes an extraordinary approach – the initiative supports young women to step out of their comfort zone and take risks. “The problem of taking negative risks, you are often doing them in an unsupported environment which can lead to danger”, says Project O Manager Genevieve Dugard. “But if you take those same fears, supported, supervised and safe, it’s a fantastic way to understand those fears.” 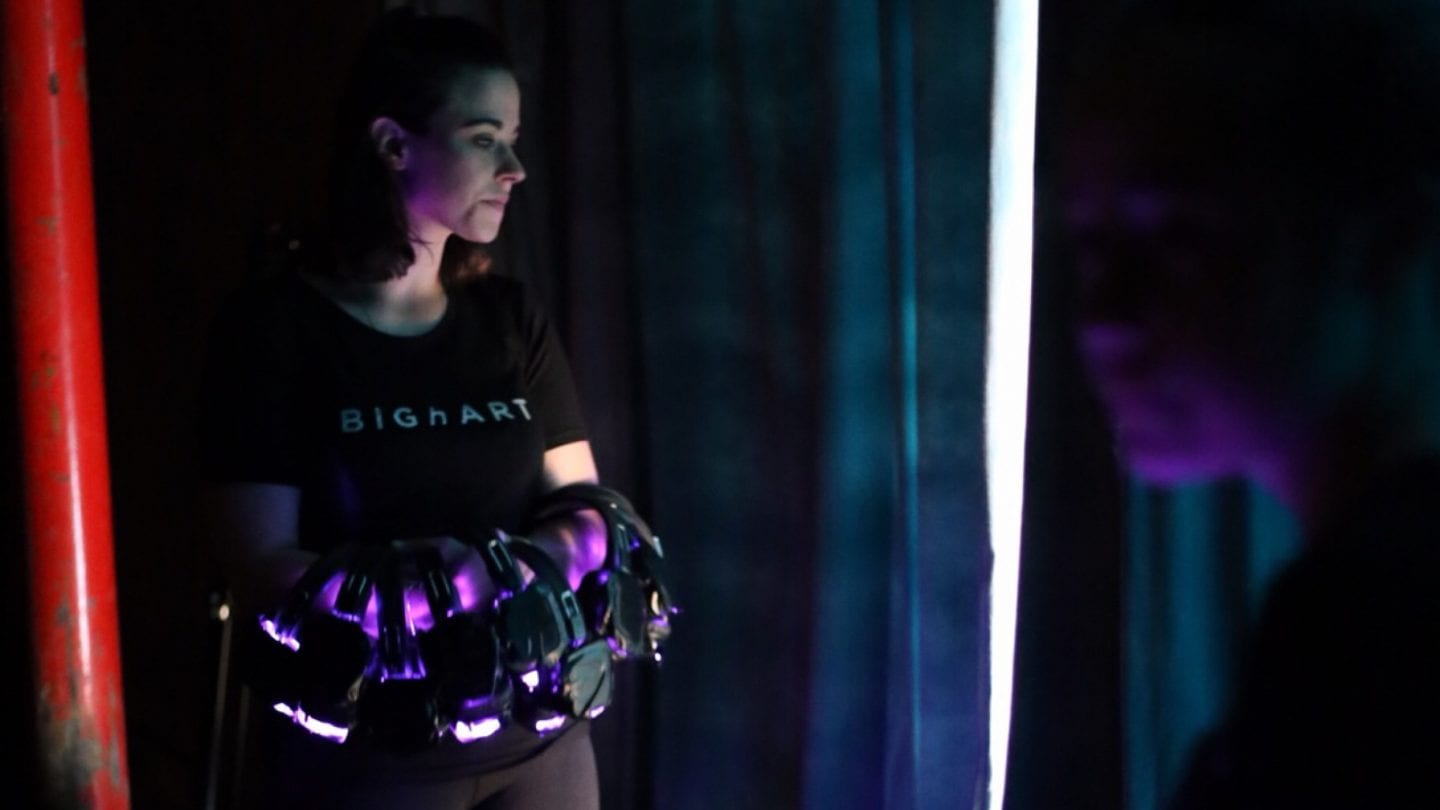 Positive risk taking is often aligned with adventure sports like abseiling, bungee jumping or sky-diving, but at Project O, positive risk taking is being implemented through providing young people with new experiences and skills, who test out those new skills through running events. “A common assumption about a lot of young people is that they don’t have any particular aspirations, but when we take them through the program we discover that couldn’t be further from the truth” says Genevieve. “They actually have loads of aspirations, but not necessarily the opportunities in front of them to take any risks or to try anything new.” 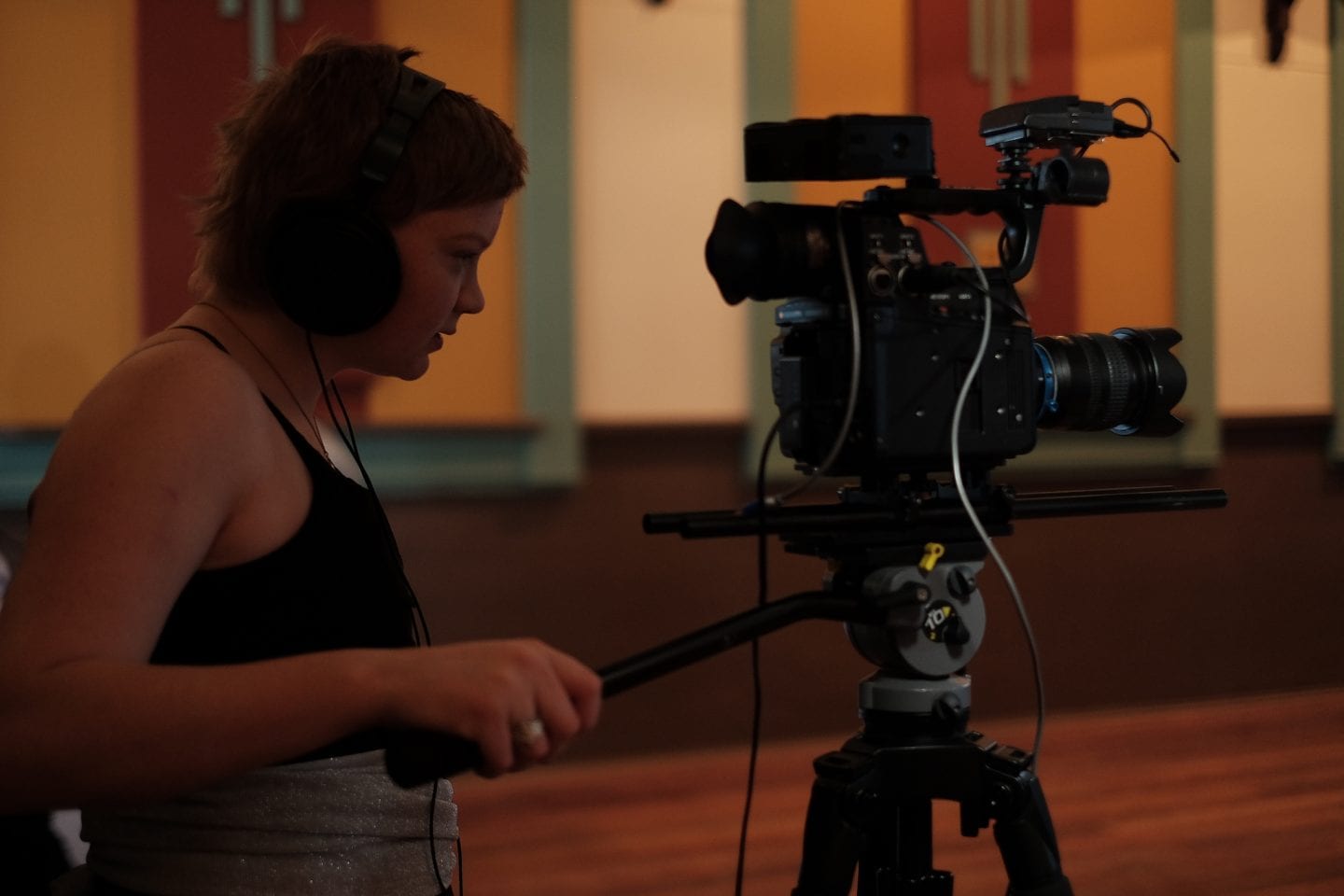 Project O has been run in five states and helps  young women to be change-makers in rural and disadvantaged communities affected by family violence. The barriers young women face in North West Tasmania are real. In Wynyard and Smithton, 28% of young people are living in low-income households, with over 1/3 of residents dependent on government allowances as their primary income, whilst over 53% of young people drop out and never complete high school.

Genevieve Dugard ascertains that being a teenager is a curious and sometimes scary time, moving out of childhood and becoming independent, they copy what their friends are doing to get positive affirmation. “If teenagers don’t have the right opportunity in front of them, they can sometimes apply that curiosity in a risk that’s potentially dangerous”, says Genevieve.

“Particularly here, girls aren’t raised to be supportive of each other” observes Tasmanian-based Project O Producer Rachel Small. “So just the very act of them coming together, opening up and being vulnerable together and supporting each other is a risk, a positive one.” 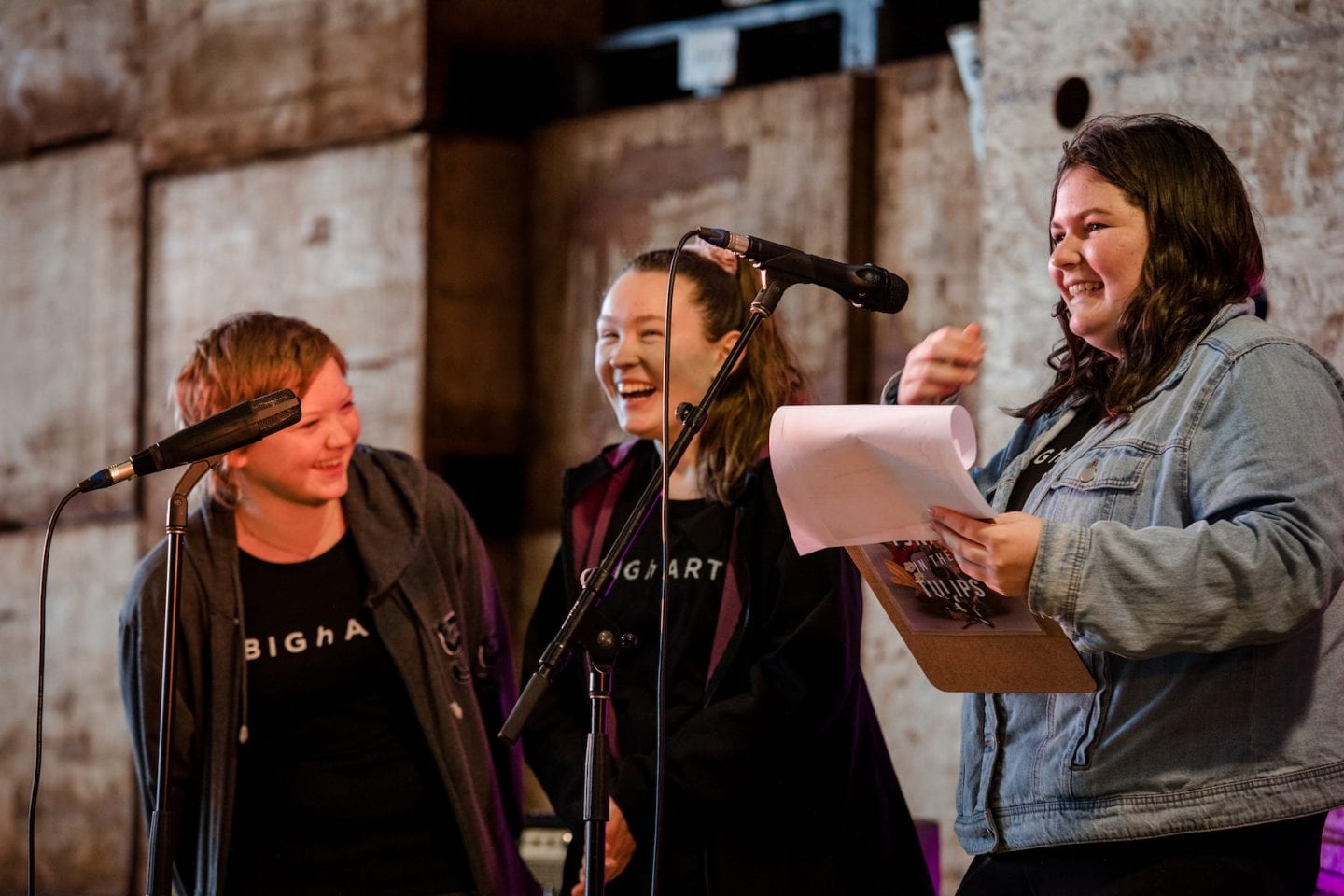 In the last 12 months alone, young women from Project O Tasmania have produced 20 events liaising with over 2000 audience members in total.

You may not envisage that events could be risky or a learning tool for teenagers, but Genevieve Dugard says that events are a series of steps with risks.  “Events are made up of risks that can go one way or the other. You can never predict what the audience, entertainment or weather is going to be like, if there’s a problem with the venue.” 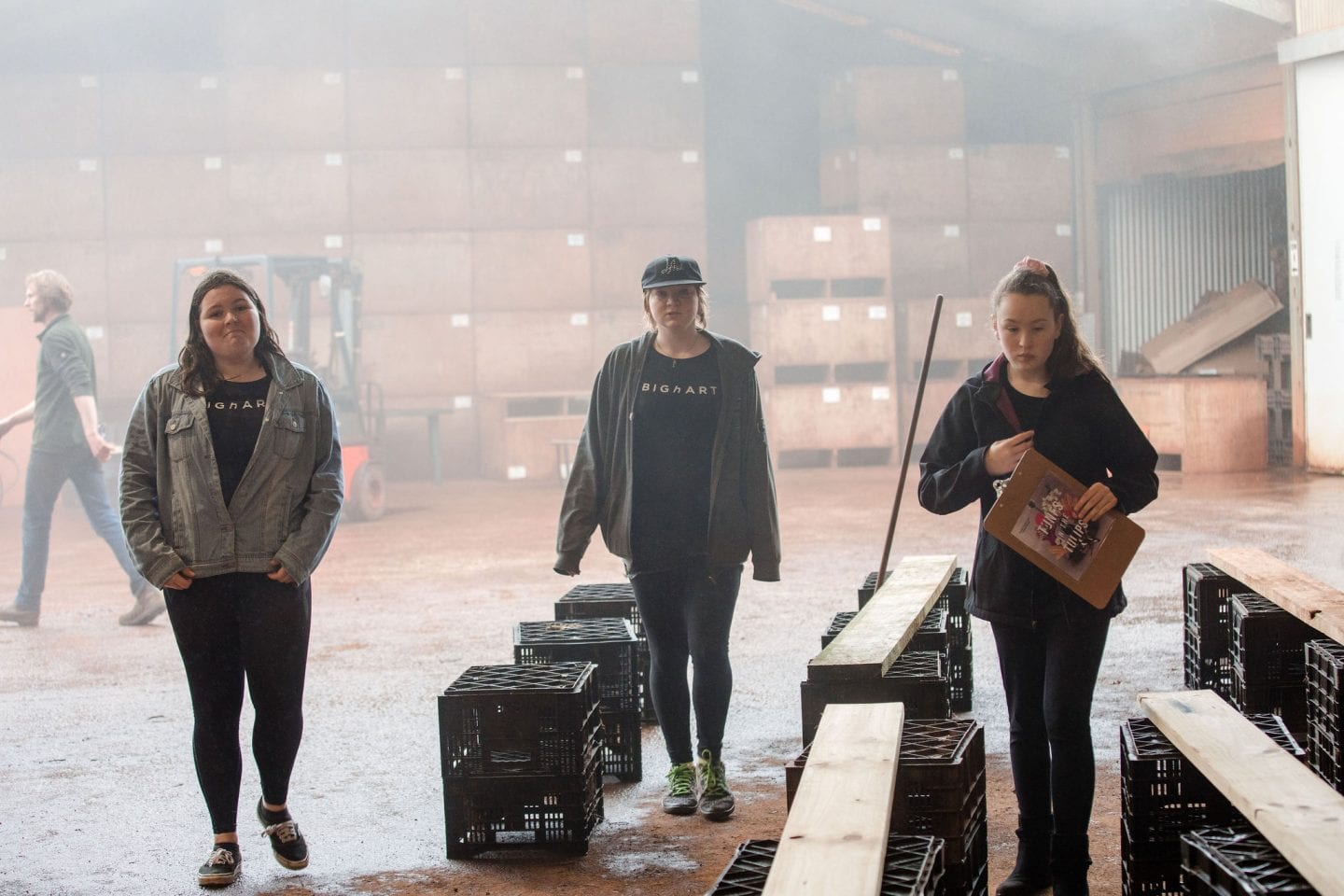 One of those events was Tunes in the Tulips, a live music event held in a farm shed at the local Table Cape Tulip Farm which saw young women learn new skills in MC-ing, speechwriting, stage management, filmmaking, sound production, marketing and media. “At Tunes in the Tulips, speaking in front of an audience of 400 people, it was a big risk for all of them, there was a few of them who hadn’t done it before”, says Rachel Small. “It’s the risk of failing and looking stupid (in their minds), but the payoff is the community seeing them being strong and organised, and front facing.”

The elements of risk-taking include an adrenalin rush and sense of thrill in doing something dangerous which can release endorphins. Genevieve Dugard says that through running events Project O young women receive the same adrenalin rush.  “They get a thrill of the present moment happening, there’s a lot of things that are out of control in the moment” says Genevieve Dugard. “That’s really fantastic for young women to experience that sense of giving over after they’ve done all the work, and to manage any risks that come up. It can be quite vulnerable and it takes a lot of courage and confidence to know you’ll come out the other side.” 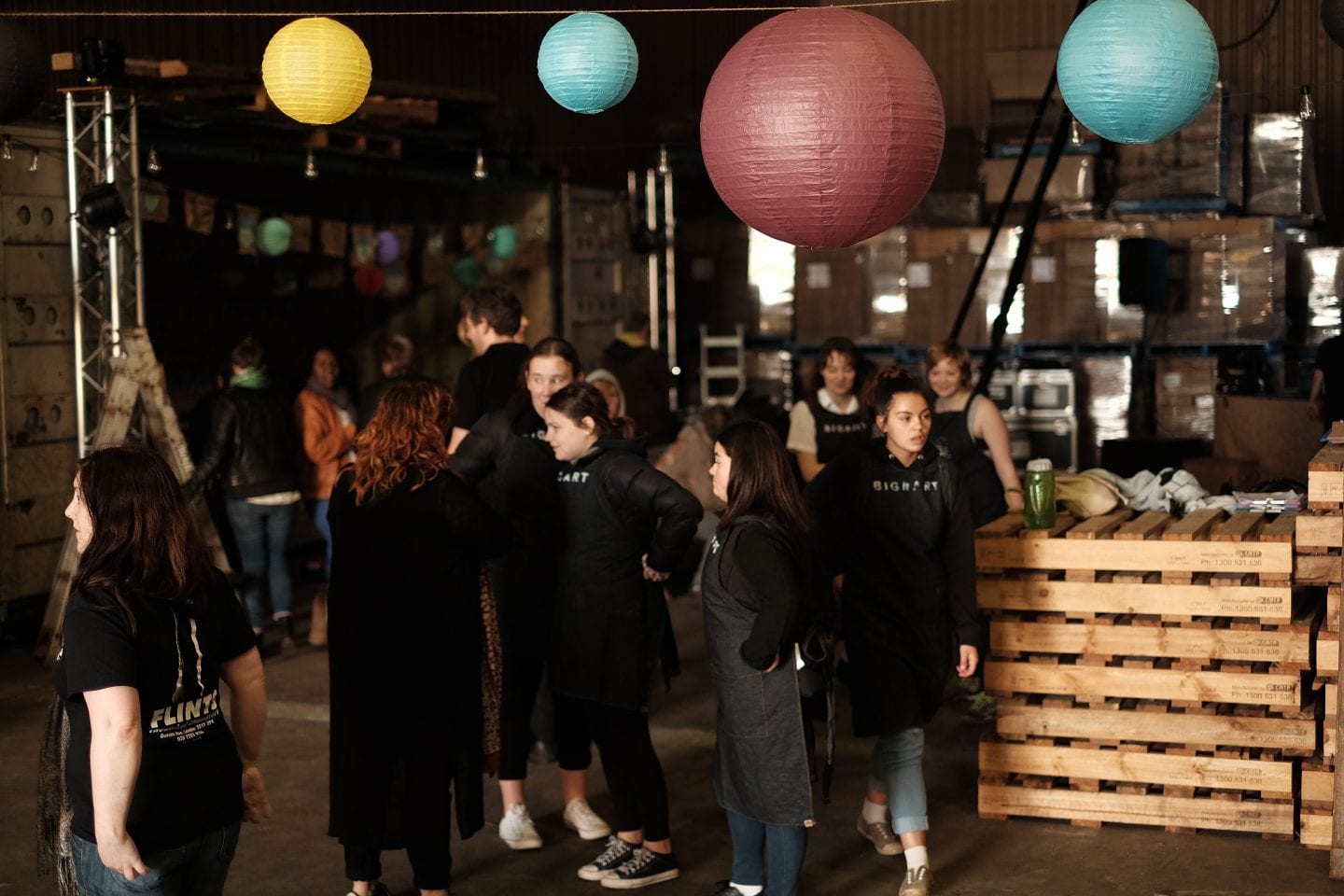 Another event the young women of Project O worked on recently was Stanley Dockside, an evening of live music, circus, taiko drumming and food to welcome in 135 yachtees from the Melbourne to Stanley Yacht Race. “Stanley Dockside was a new collaboration which had waxed and waned over the last few years, so we took a risk on whether that would attract the community and be a positive engagement” says Rachel Small. With perfect weather, a front cover story in the local newspaper and over 220 people from the community turning out, the event was a huge success. “The girls were able to take a lot of heart from working on an event which was a risk but turned out a success, and they could see that the community was behind it and they could feel proud of it. The community also could see the potential and were really excited about that.”

Genevieve Dugard cites the first Colourathon that Project O ran in 2016 as the most risky event Project O has run. “It was pretty risky running a 24 hour event with 20 young people under 15”, says Genevieve Dugard. 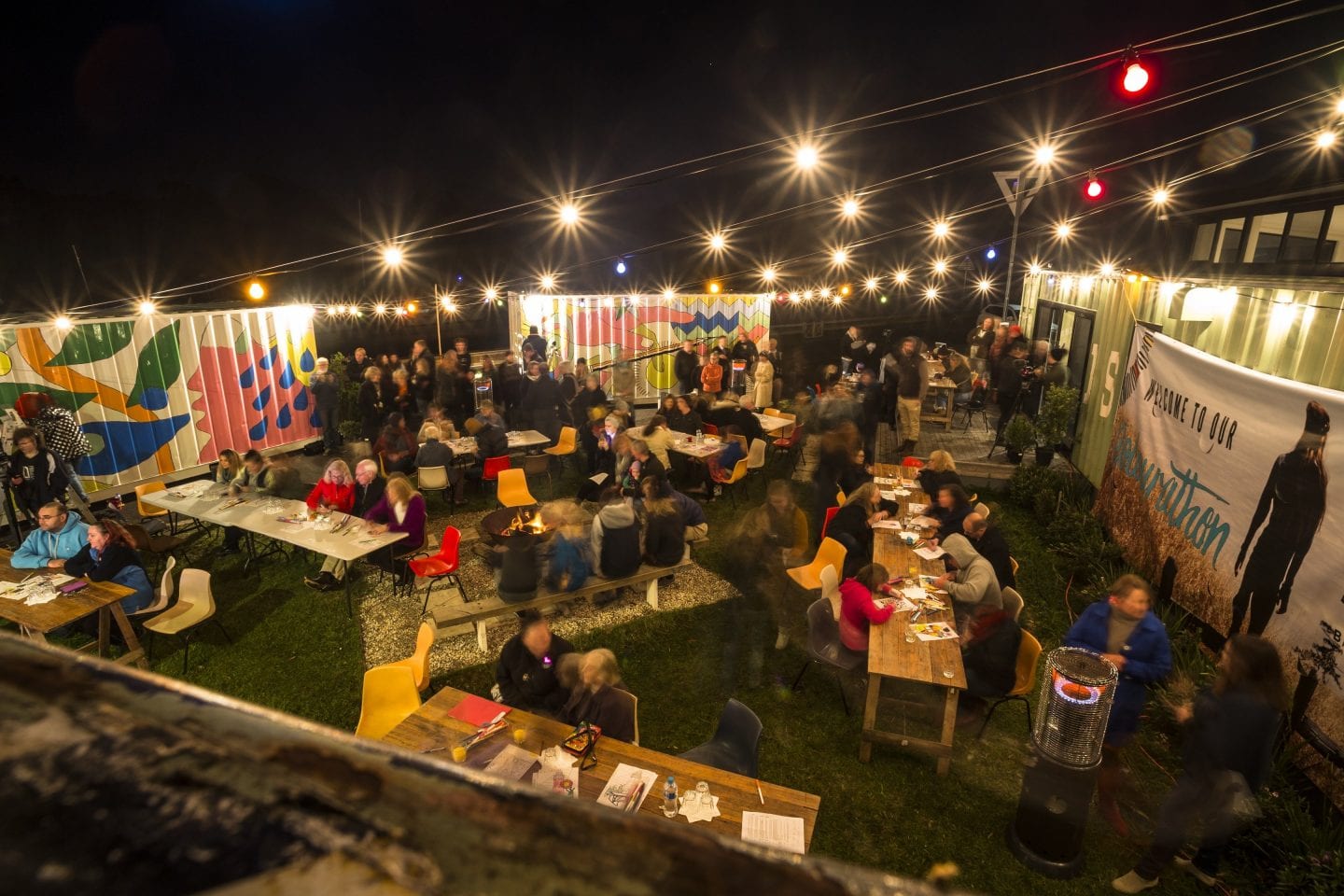 “Whether it would rain, whether we’d reach our target, how the young women would manage. But hundreds of people came, we exceeded our fundraising target and I’d never seen the young women so proud of themselves. The sleep they lost, those that got up and spoke in front of hundreds of people, those that spoke to media & politicians.  That group of young women still regard it as a huge achievement where all their efforts paid off”, says Genevieve Dugard.

Trinity Cooney is a 14 year old young woman from Wynyard who joined Project O at the beginning of the year. She says “I’ve grown up in a lot of places and nowhere else has something like this. It’s really helped me a lot.”

“Often a lot of the young women we work with aren’t used to speaking up, using their voice, or being visible in their community” says Genevieve Dugard, “Or being in situations that might succeed or fail.” 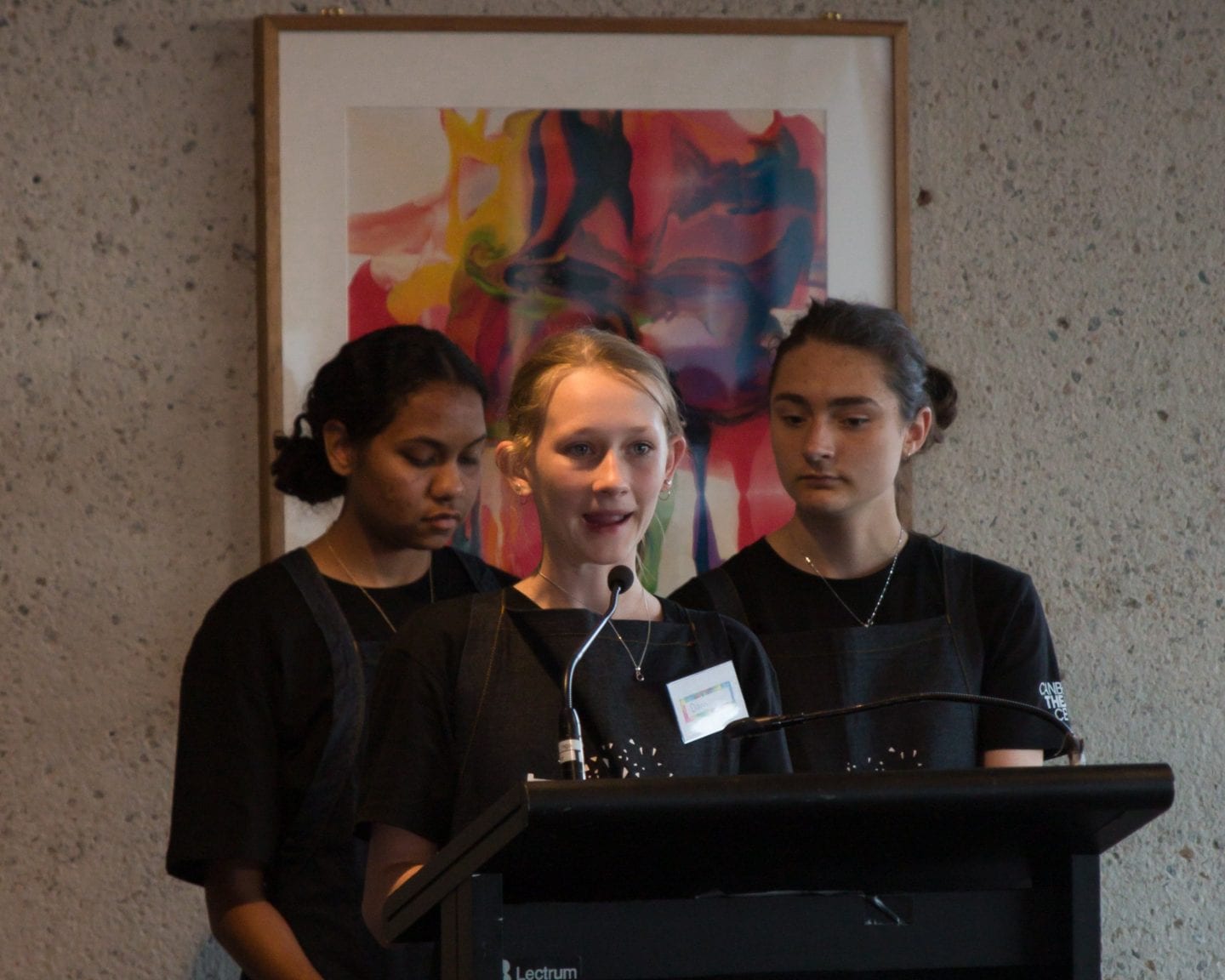 We live in a society which only rewards success. Our social media feeds are filled with stories of success – a perfect holiday, announcing a new job, a portrait of ourselves modified with body imaging filters. Scientist Ann Powers says that we have to change our mindset on failure, and look at it as a tool for success that helps us ‘refine our path and allows us to learn what works and what does not’.

The Project O young women are put in situations which might succeed or fail, which is part of any risk-taking event. This is vital to learning and being open to new opportunities says Genevieve Dugard, “If you continue to be risk adverse and not try new things then you end up in a fairly narrow world which doesn’t expand outwards much”, says Genevieve. “That can be a trap for young people who are living in communities where there’s not much opportunity”.

“If they fail, you’re there supporting that as a means of developing” says Rachel Small on the phone from Tasmania. “Framing those risks safely, positively, so if it’s a success you’re celebrating the success but if it doesn’t work out you’re supporting them to learn from that, the challenges, identifying those positive risk opportunities”. 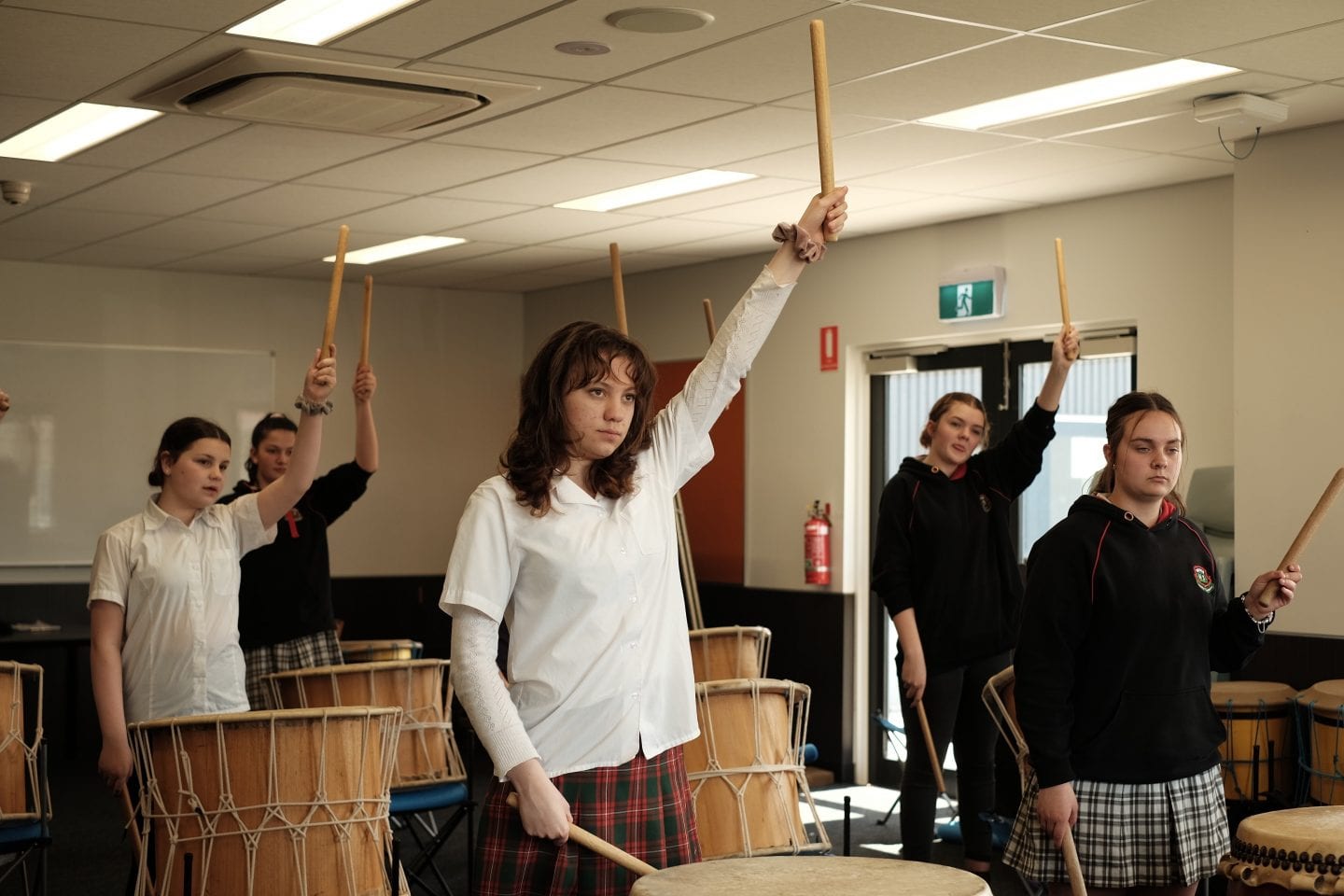 The young women of Project O are constantly supported by mentors throughout the program. The young women have had 16 female mentors working with them over the last 12 months, and the Tasmania program is run by female producers Rachel Small and Clare Spillman who work with the young women on a daily basis. 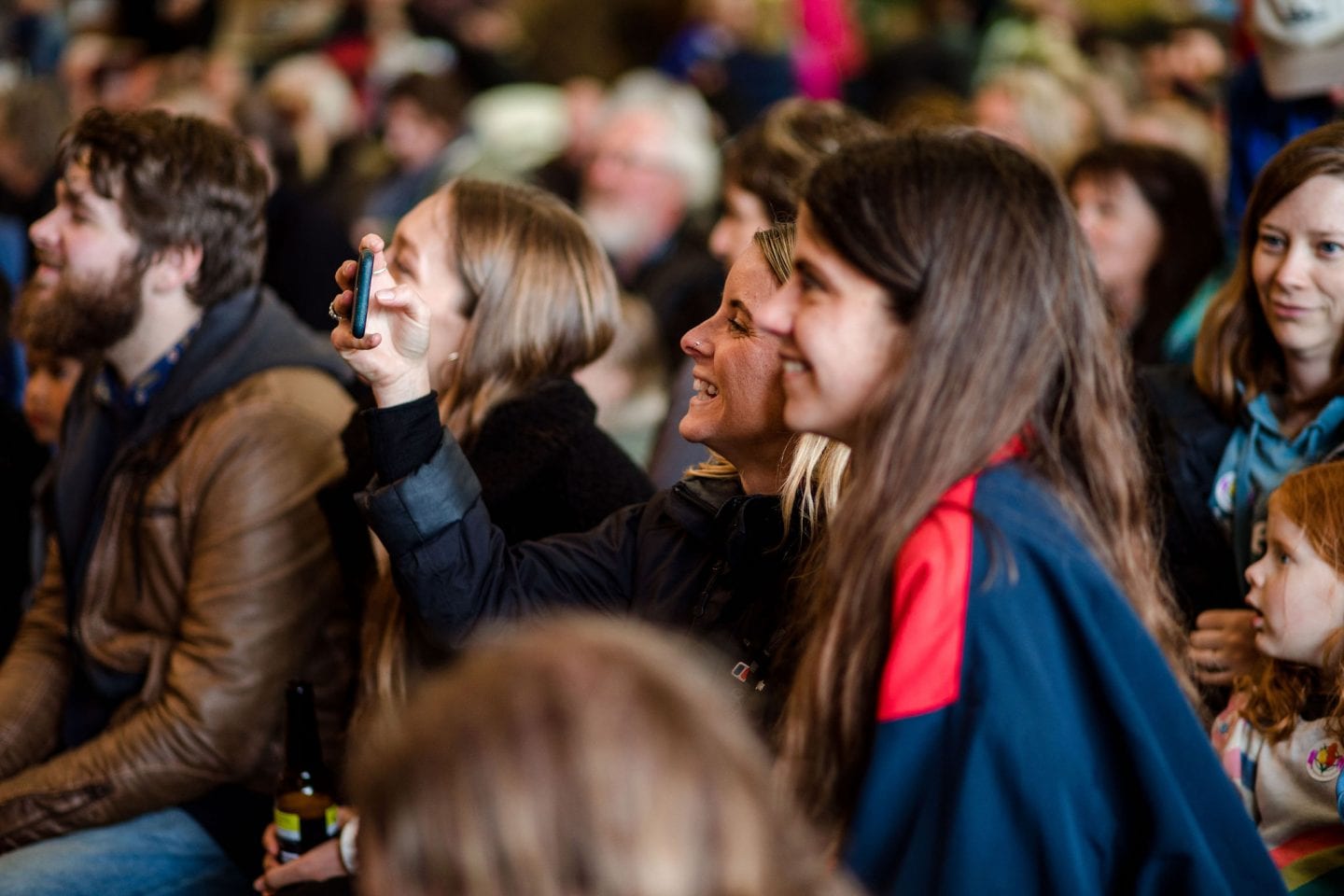 There are also older women in the community, from Big hART Board Members to local women leaders and entrepreneurs who become the champions of the young women out in the community.  “They have this outer circle of women walking alongside them” says Genevieve Dugard, “Helping them to say yes to the next community event and know they’re backed.”

For Rachel Small, being a positive mentor and helping young women participate in risk taking activities is all about trust. “It’s so important for us to develop positive trusting relationships with the young women”, says Rachel. “If they don’t trust us, they’re not going to take those risks, but if they trust us they’re going to understand that you are suggesting something to them because you think they can do it, and you have their best intentions in mind.” 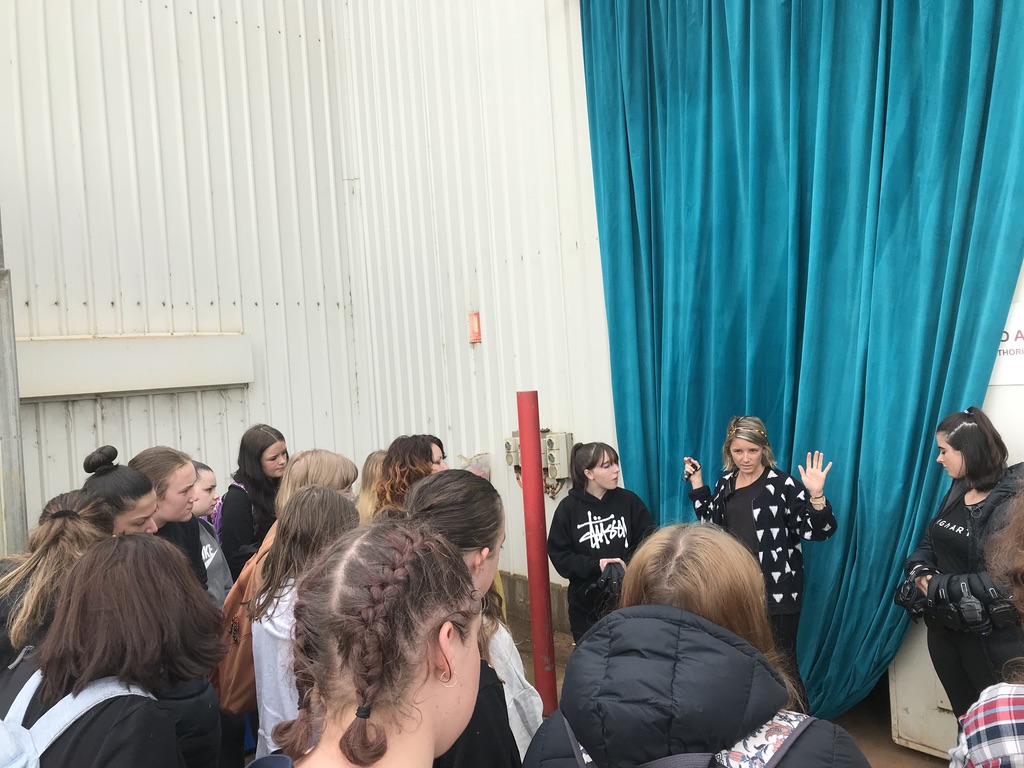 The issues that affect young women in the community shift and change, but Project O responds to that. One of those issues Genevieve Dugard says is access to digital needs and literacies, which is why arming young women with new digital skills is now an essential part of the Project O “But I’ve seen young women becoming more and more capable with those opportunities.”

Now heading towards the end of the year and the long Summer break, Trinity says this year in Project O has changed her approach to learning and being open to possibilities, “I’m just going to put my hand up for things. I want to take every opportunity that I can.” 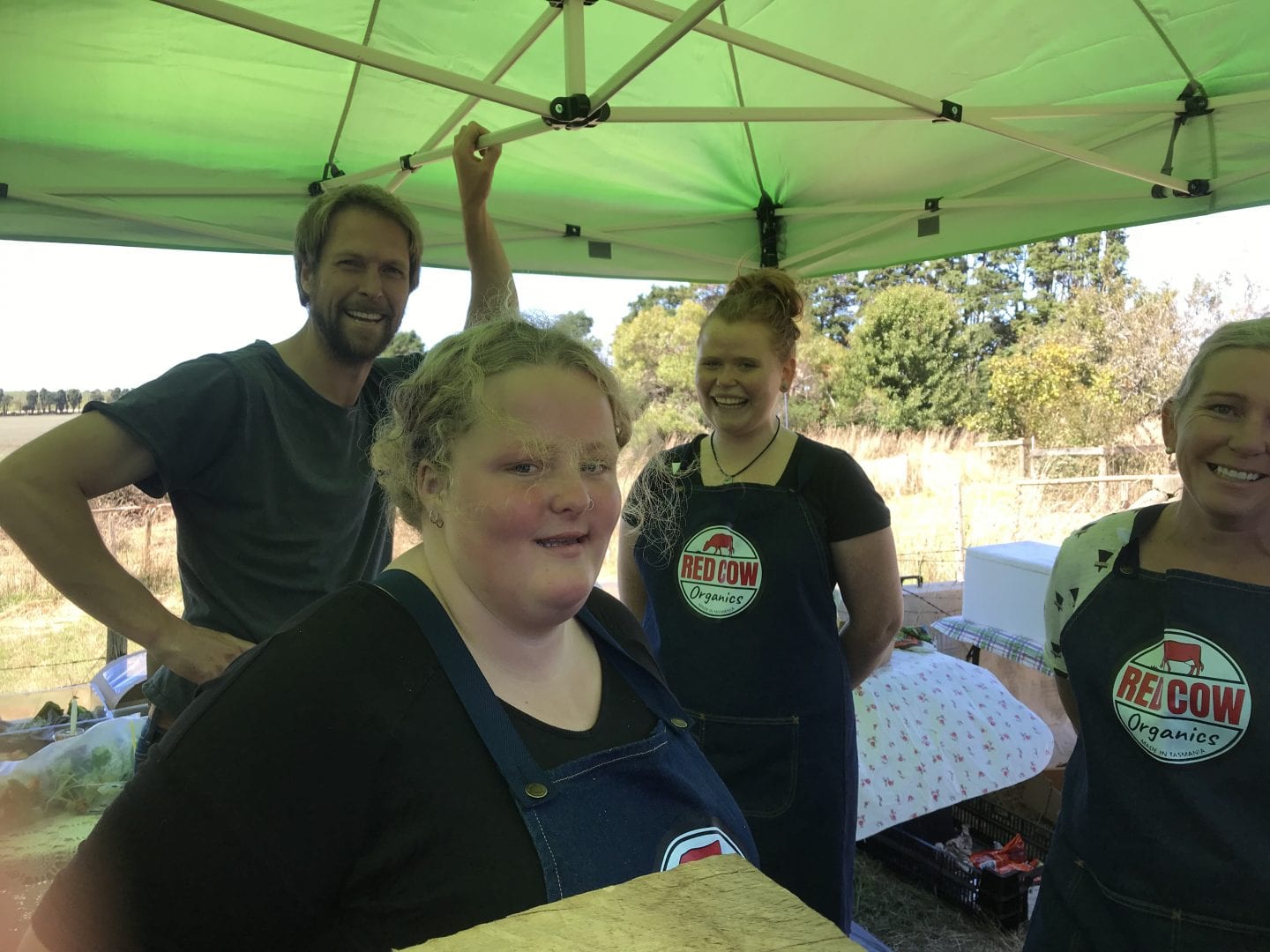