The Vulnerability of Inequality and how Teenage Girls are Changing Communities

2015 Australian of the Year Rosie Batty is one of Australia’s leading campaigners against family violence. She believes young women are key to changing inequality in remote and disadvantaged communities – “Project O is about lifting our expectations of ourselves, and not letting our environment hold us back, it’s challenging our stereotypes and encouraging young women to be bold and to explore their potential”.

Rosie first witnessed the work of Project O in Tasmania  in 2016, when young women from the project delivered a speech alongside the Governor of Tasmania in Hobart. Since then she’s been a strong advocate of the work, speaking at Project O national events, and sharing her personal story. Rosie is now supporting ‘This is Us’ – a new initiative of Project O commencing on the 6th March in celebration of International Women’s Day. 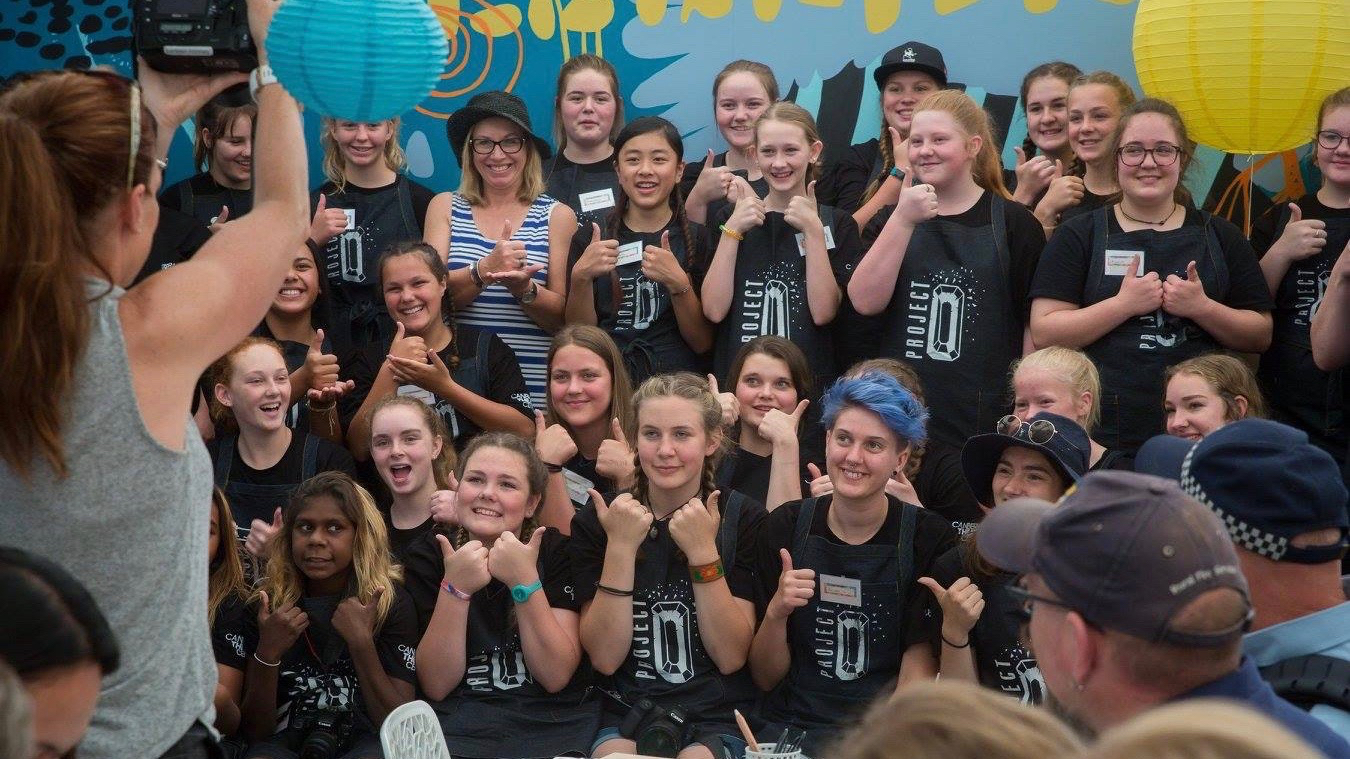 Rosie Batty explains that a simple way to understand primary prevention is to look at the health sector and how research and better information has informed healthier living. “If you consider our general health, we know that some foods are really bad for us, and therefore we have a better appreciation of how to be healthy, and how to prevent obesity or diabetes.” 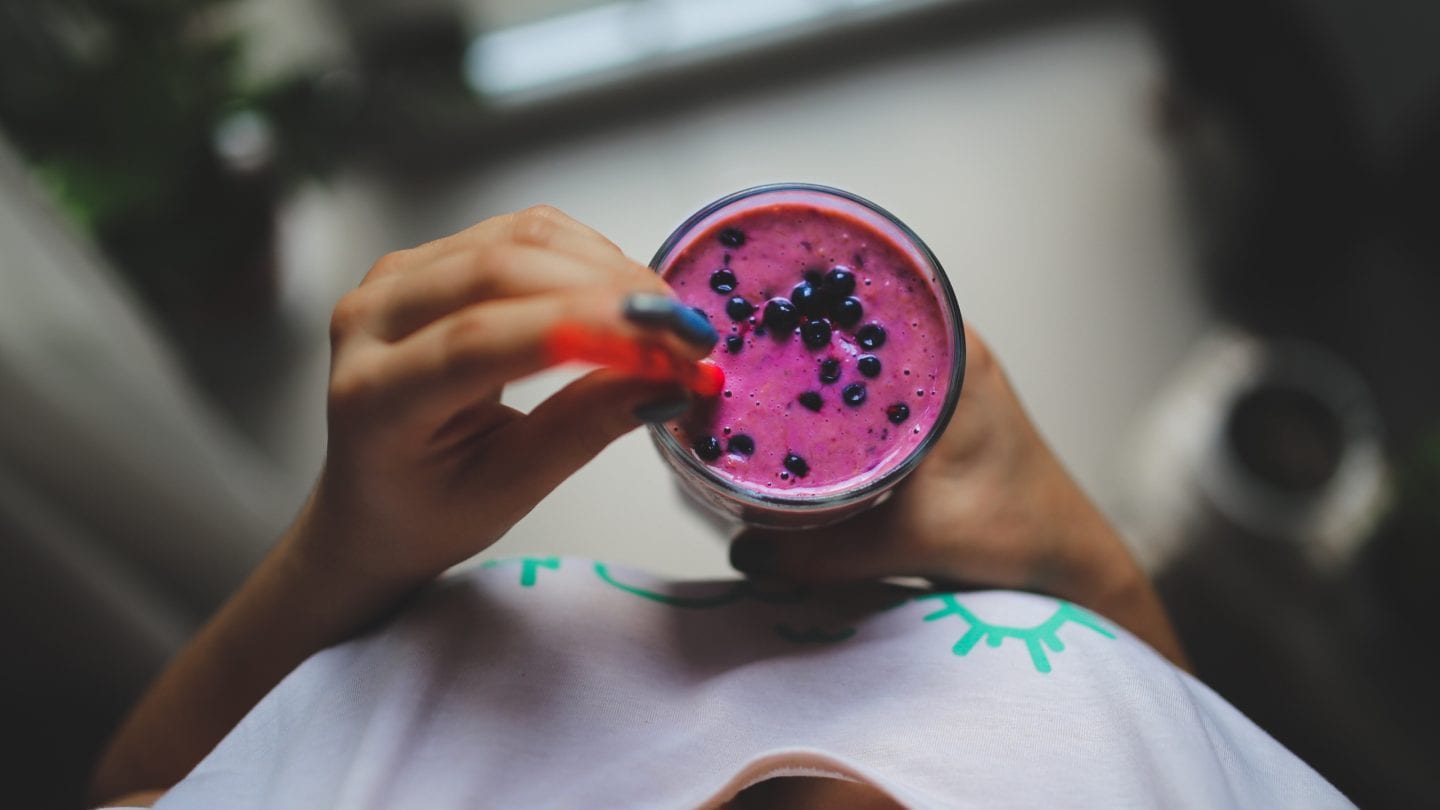 Prevention campaigns in the health sector have been very successful.

Primary prevention can also be understood in the context of breast cancer treatment, with mammograms a normal step of any Australian woman’s prevention strategy. Rosie also gives the example of smoking and how public prevention campaigns produced attitudinal change, “When I was a little girl watching TV everyone was smoking, the most famous actors and actresses were smoking, and it was something you thought was cool and you aspired to. One of the reasons we don’t smoke now is because we know it’s unhealthy, but we also smoke less because of public pressure and peer pressure.”

Behavioural change also occurred in seatbelt use, due to long term public health campaigns as well as legislation changes and heavy penalties. So how do these examples transfer to issues like family violence? “When we look at primary prevention in the context of family violence” says Rosie Batty “I think a lot of people don’t realise that violence is able to occur due to our violence supportive attitudes.” 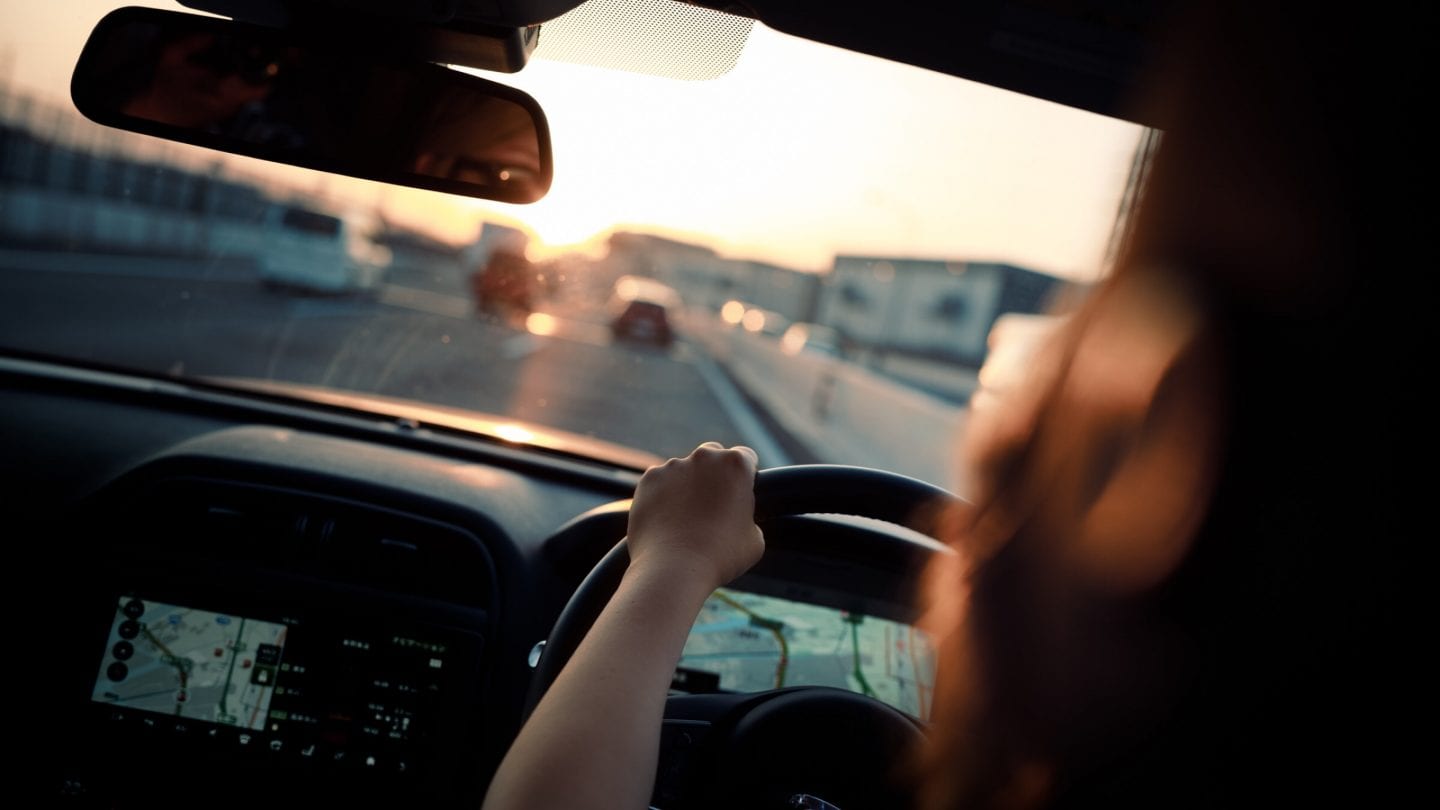 Public campaigns helped us change attitudes to wearing a seatbelt.

Victoria is the highest investor in primary prevention in family violence in Australia. Partly due to the response to the Victorian Royal Commission into Family Violence, the early work of VicHealth, and the impact of Our Watch in its home state. However, only 10% of organisational effort goes towards primary prevention, due to the majority of funding only available for response services. (2019 Survey into Primary Prevention by the Australian Women Against Violence Alliance).

“Unfortunately, everybody is still locked into crisis response”, says Rosie Batty.  “Currently one in three women over the age of 15 will experience physical violence in their lifetime.  Primary prevention is looking at how we address this with young people and how we’re going to change it for future generations.” 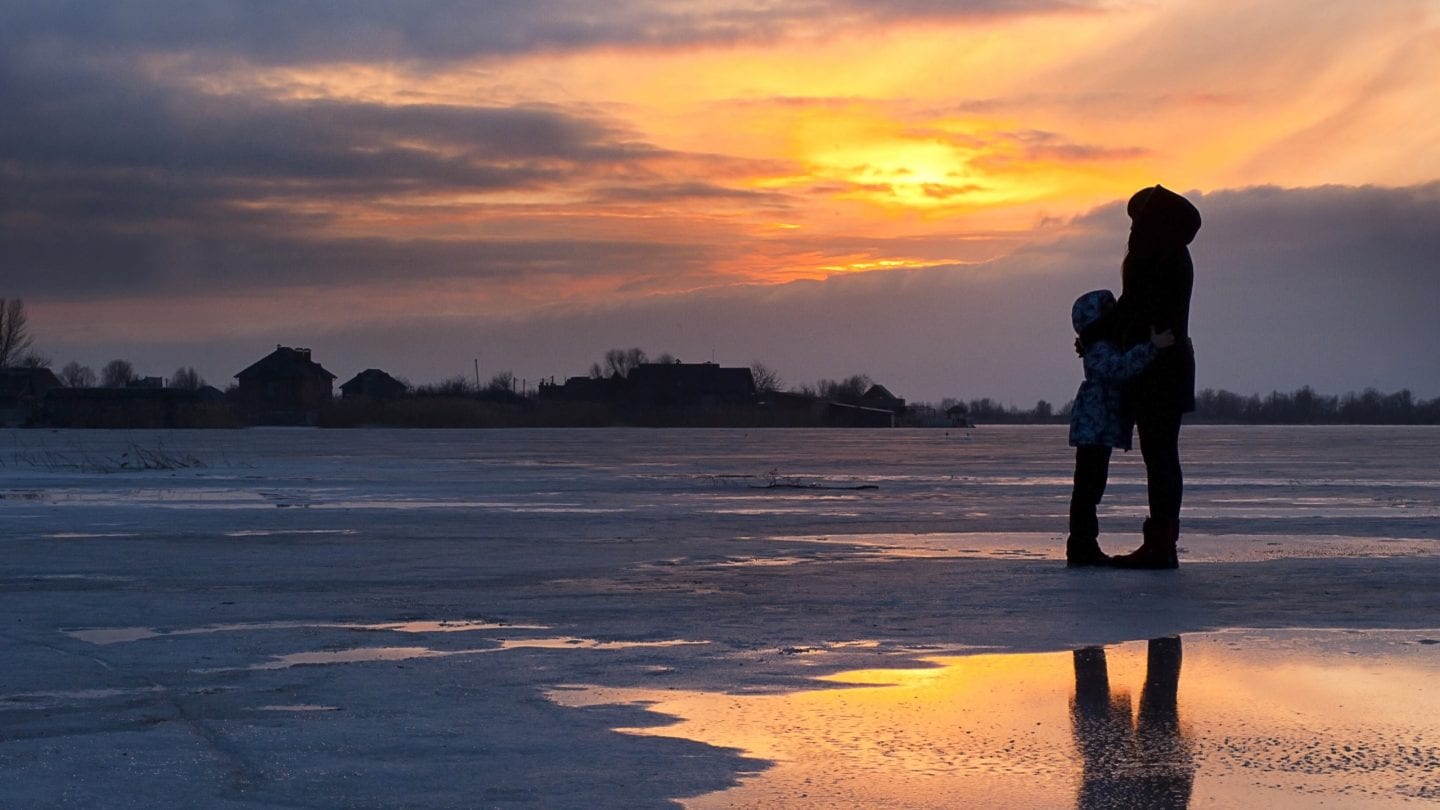 1 in 3 women over the age of 15 experience physical violence in their lifetime.

Project O is a family violence prevention initiative which works with teenage girls in regional, remote or high needs communities around Australia. In 2020 Project O celebrates 5 years of delivering its approach, and has now worked with over 800 young women across 5 states and territories. Project O National Director Genevieve Dugard says that whilst there are many reinforcing factors that compound the issue of violence against women, gender inequality is the main driver.

“Gender inequality exists everywhere – but it’s often heightened when there is a lack of available resource and opportunity for women, for those who live in communities that are more isolated, and who might be experiencing intersecting forms of disadvantage” says Genevieve Dugard. “This can be combined with limited expectations and more traditional views of a woman’s place in the community –  and can be detrimental to both her potential and her safety”. 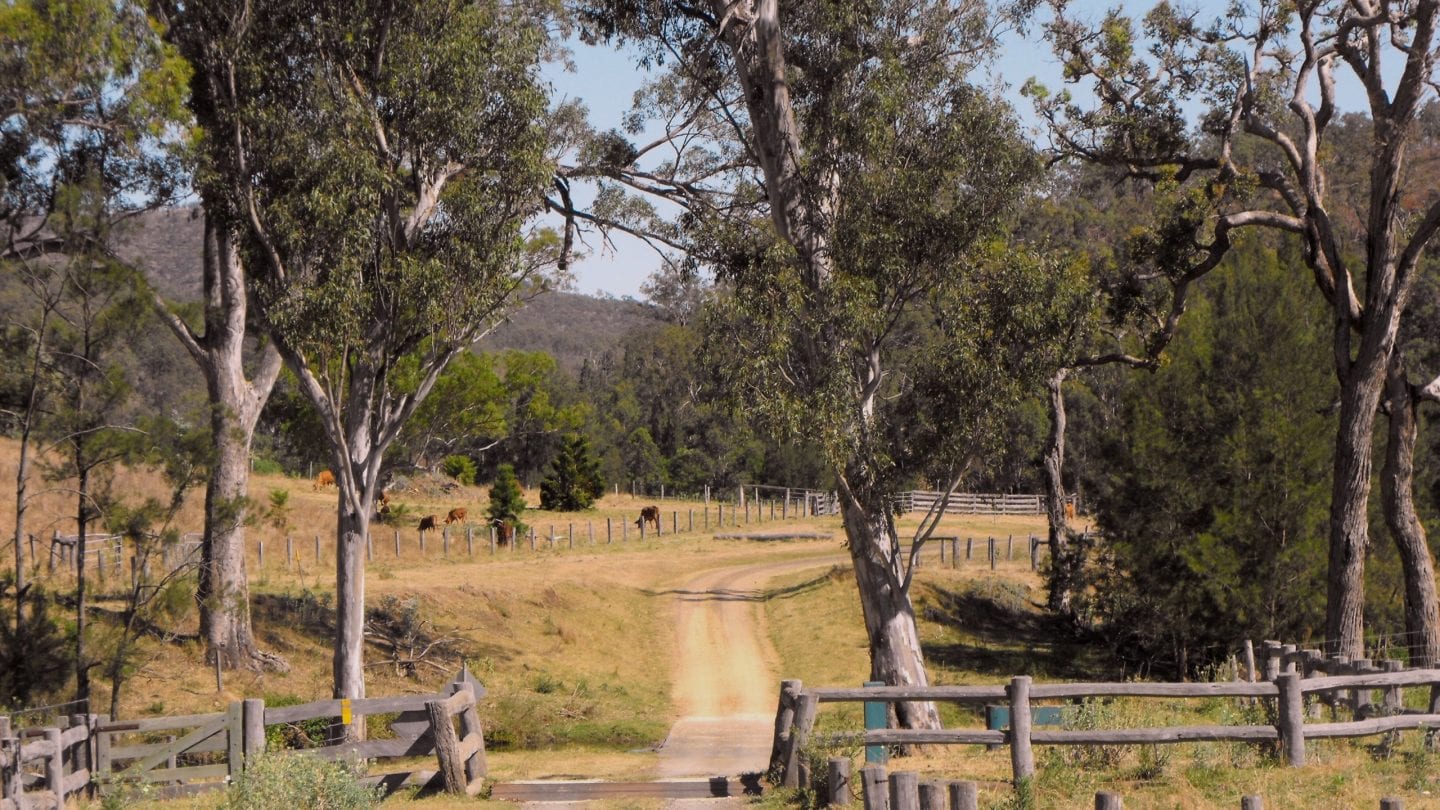 When examining intersecting forms of disadvantage – the Australian Government’s Australia’s Health 2018’ Report, states that people from rural and remote locations and areas of socioeconomic disadvantage, as well as Aboriginal and Torres Strait Islanders experience more health disadvantages than other Australians. “Generally, the higher a person’s socioeconomic position, the better their health” states the report.

Whilst violence against women can happen to anyone, anywhere, regardless of their income or circumstances, in North West Tasmania where Project O works, research shows there is a clear link between socioeconomic disadvantage and inequality. In the Braddon electorate, 26% of parents in couple families are not working  and only 9.4% of people finish high school (Australian Bureau of Statistics). Furthermore, Project O’s evaluation shows that one in two young women have witnessed or experienced family violence, which is higher than the national average. 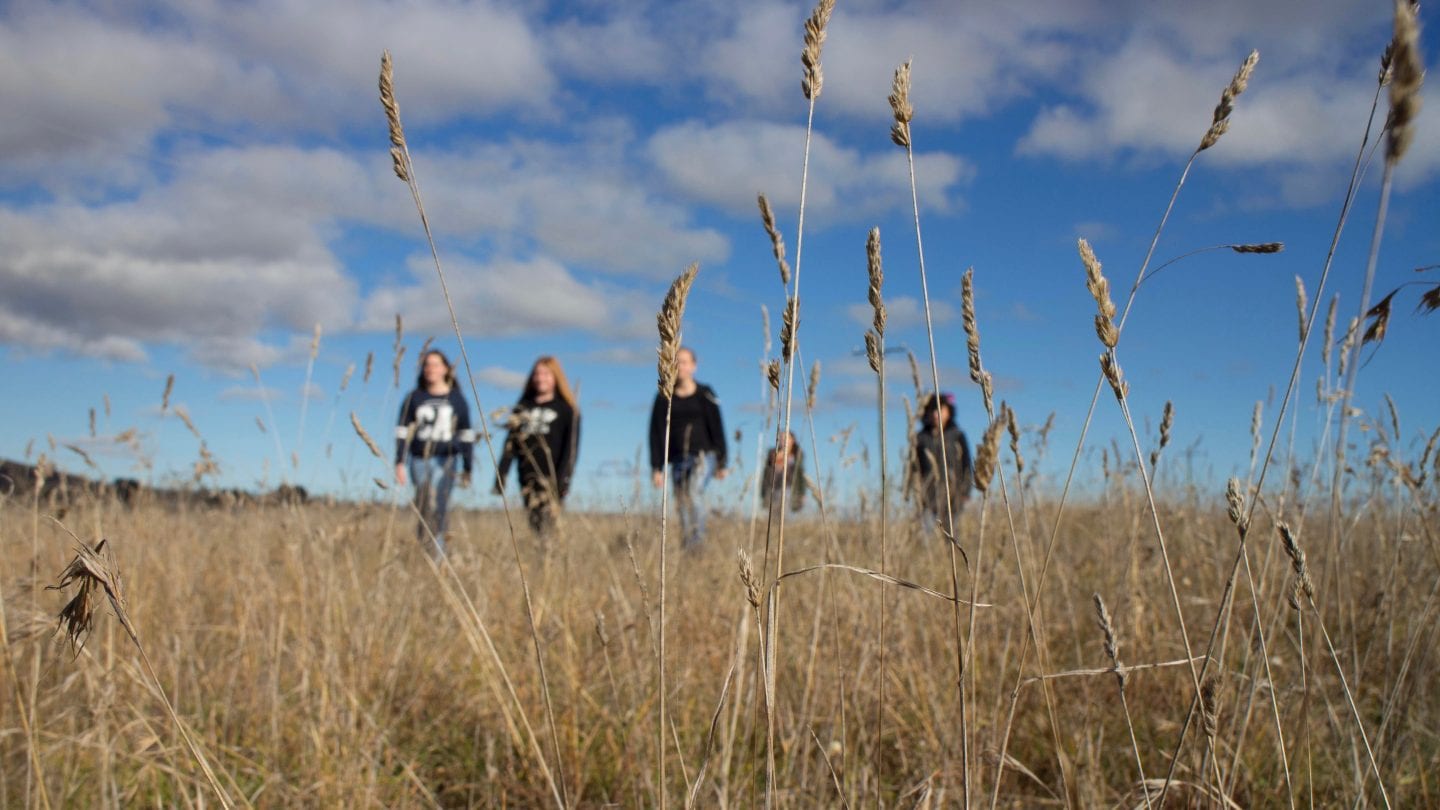 Rosie Batty believes we should be working with young women as early as possible. Photo: Zac Simpson

“Young women in their teen years, particularly those living in rural or regional or high needs communities show up a lot as ‘at-risk’ in stats and research about violence against women, but not many programs are actually looking at who these young women are, and what power they have within them to contribute to change.” says Genevieve Dugard.

Rosie Batty believes we should be working with young girls as early as possible in the prevention of violence. “At thirteen you are becoming more self-conscious about who you are and your physical appearance, I think you’re very susceptible to gender stereotypes and pleasing people to fit in. It’s a very vulnerable time for young people who aren’t confident with who they are, or don’t have strong family support.” 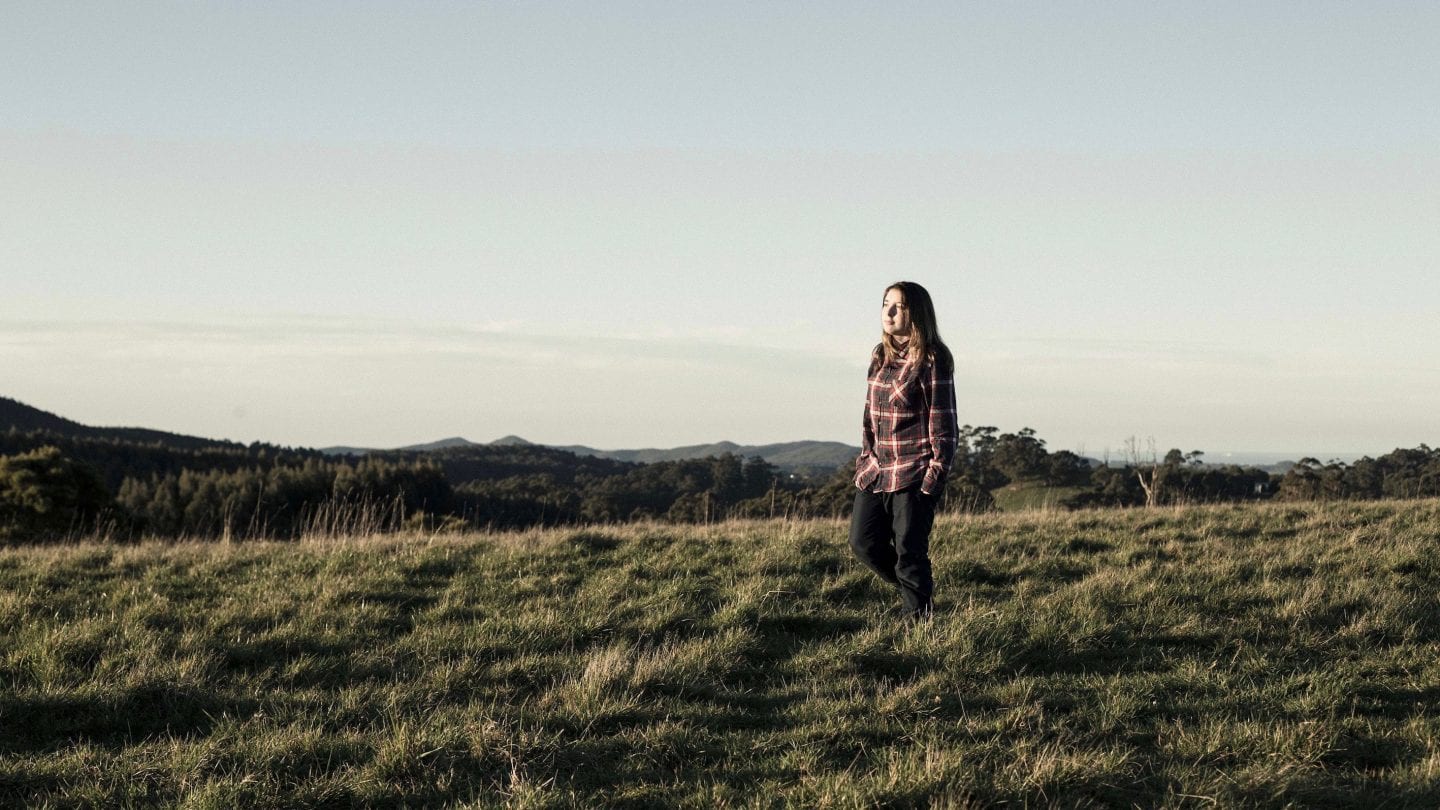 “It’s often quoted that if you change a young woman, you can change a community” says Genevieve Dugard. “Project O takes a grassroots approach – looking at what limitations there are for young women in a particular community, and taking active steps, hand in hand with the community, to remove those barriers and expand horizons for participants. We work with communities that are deeply experiencing the issue, where there is less opportunity for young women to break the mould – and we look to turn that around by helping them to realise their own strengths, abilities and pathways in a supportive community approach.”

Frankston North from strength to strength

In Frankston, Victoria, Project O has been working with young women in primary and secondary school since 2018. A key partner and supporter has been Monterey Secondary College, who saw the impact of gender inequality in Frankston and responded with an innovative partnership with Project O. 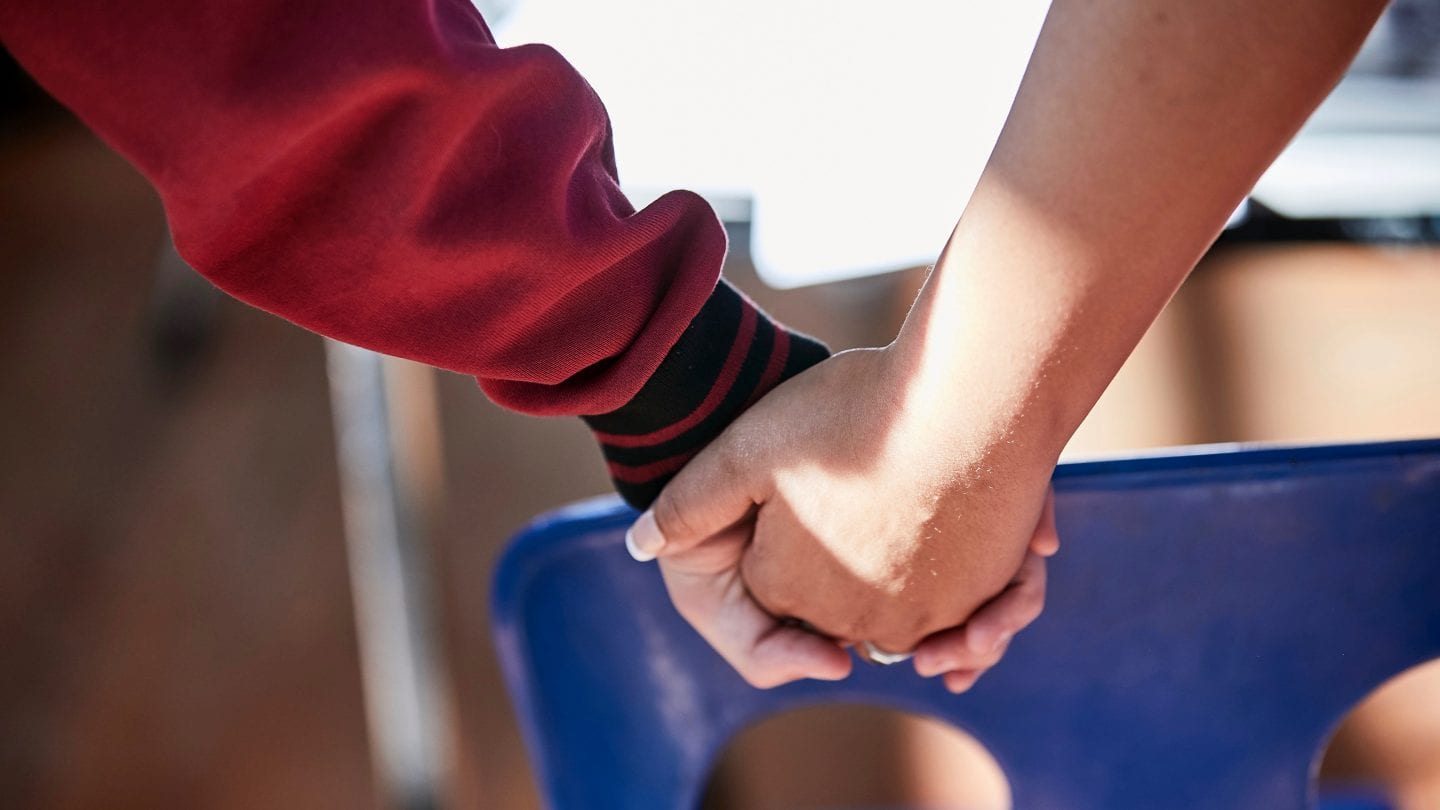 “In Frankston North quite a lot of our young women have experienced trauma, which means they’re quite vulnerable” says Natalie Pinkett, Assistant Principal at Monterey Secondary College. “They haven’t got the best skills to articulate how they’re feeling, their literacy and numeracy levels are low, a lot of our young people may come from single parent families or are cared for by their grandparents. They’ve got a lot of baggage before they come to school.”

Much of Project O’s early work in Frankston was focused on developing trust and a safe space for young women. “In Project O we look at the individual young woman, who she is and what’s strong about her” says Genevieve Dugard. “We don’t treat them as ‘at-risk’ or as victims – because they don’t see themselves as that way. They’re strong, complex, bright young people. The issue isn’t a lack of aspiration or smarts – it’s a lack of programs that meet them where they are.” 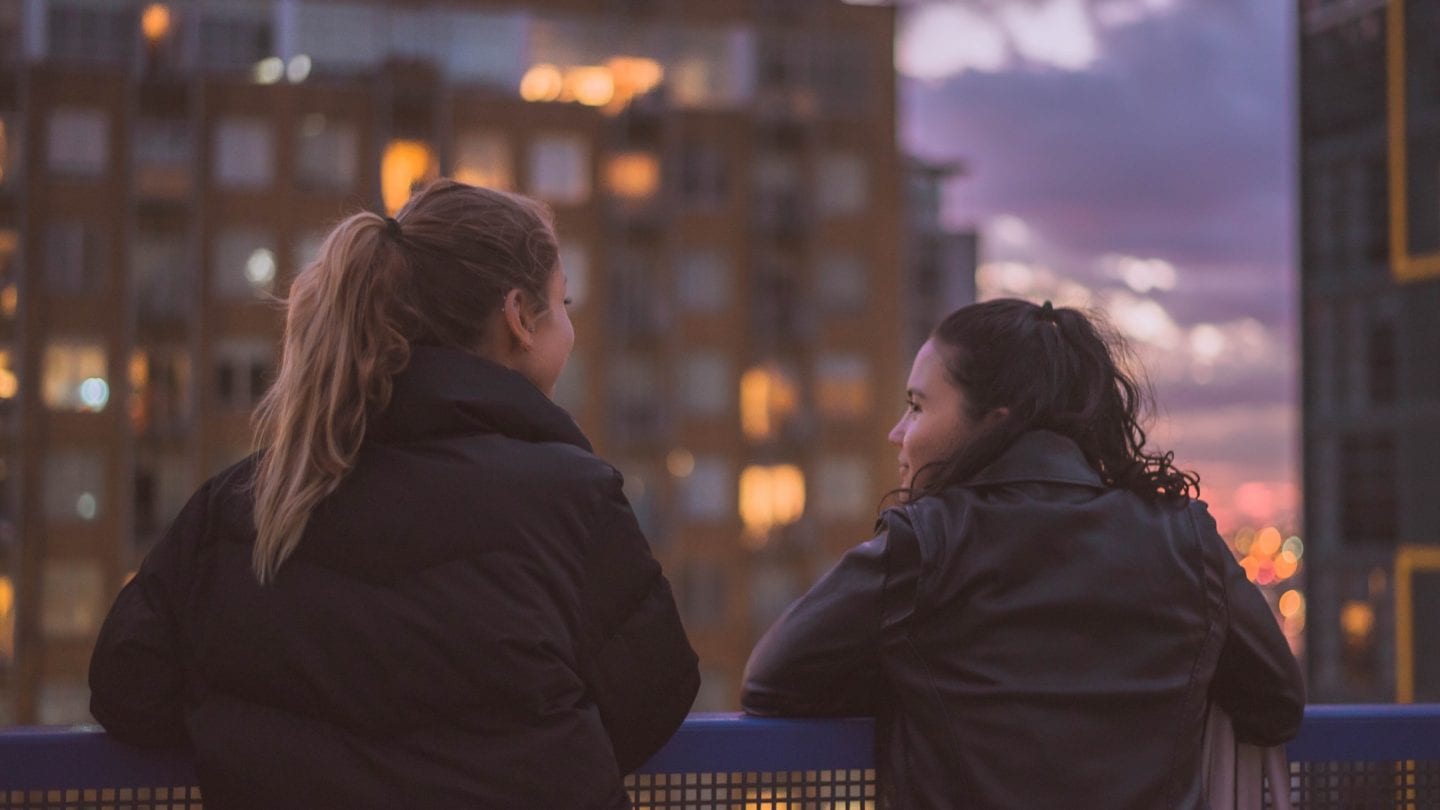 Project O looks at the individual young woman, who she is and what’s strong about her.

One might initially feel concern at why an organisation might work with teenagers and girls on family violence and equality education, and how it could be a positive program street-smart teenagers would want to be part of.

“A lot of the prevention work in Project O is implicit in the program design”, says Genevieve Dugard. “Instead of coming in with pamphlets and trying to teach young people about what’s right or wrong in terms of gender stereotypes or expectations, instead we look to actively turn those stereotypes and attitudes around over time, by equipping the young women with exciting creative opportunities, new skills, new visibility in the community and new agency. The change then becomes ingrained in them as they take up each new challenge.” 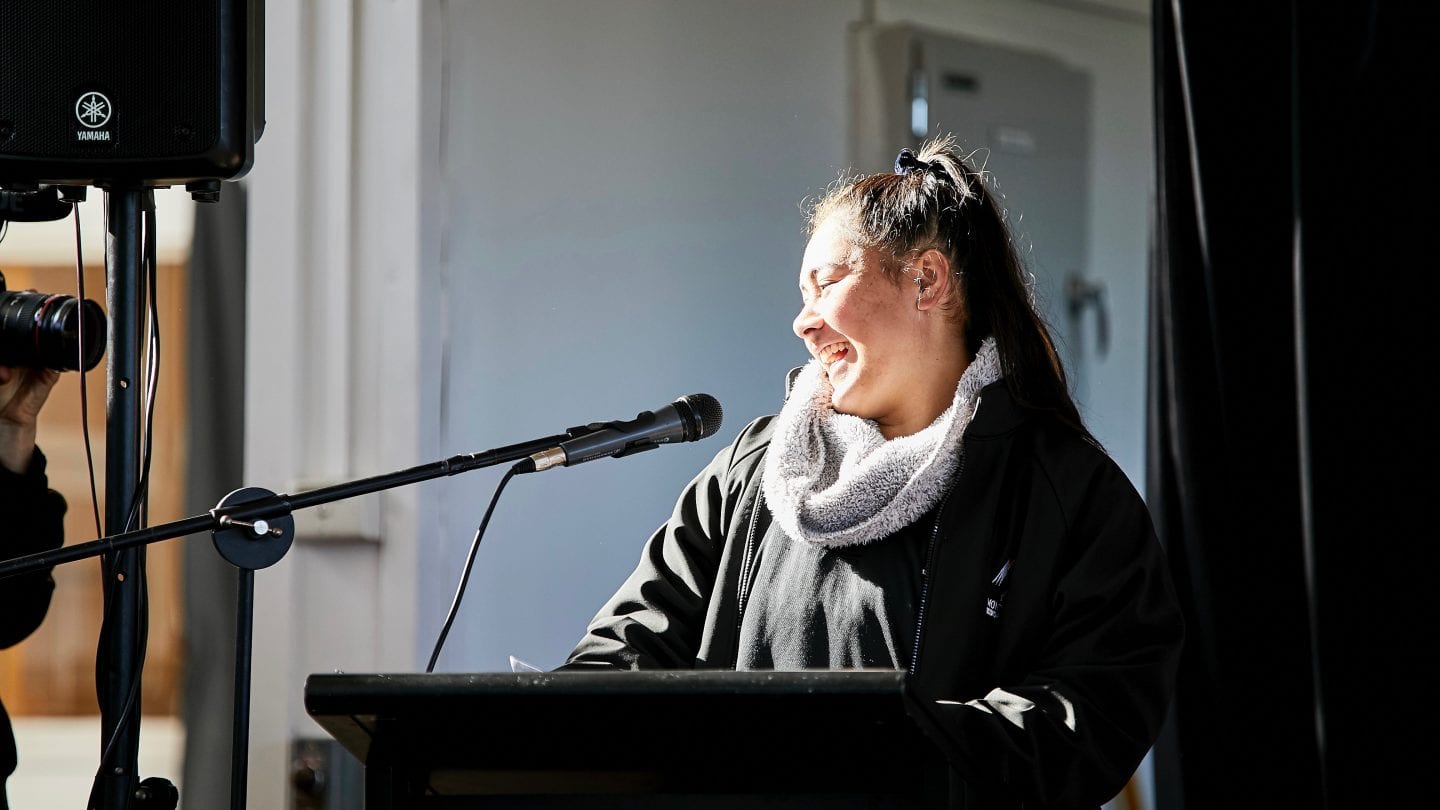 “Young people need to lead their own journey – we provide the support through strong female mentorship and the opportunity through skills and events. With this support they lead the change in attitudes and address the inbalances themselves.”

In Frankston, the Project O program has gone from strength to strength. In the last 18 months, Project O has worked with 58 young women in Frankston North, who produced six community events to an audience of over 3,000 people. In 2019 the initiative won a VicHealth Award, and Monterey Secondary College is now offering the program to Year 7 students, with alumni playing a mentoring role. 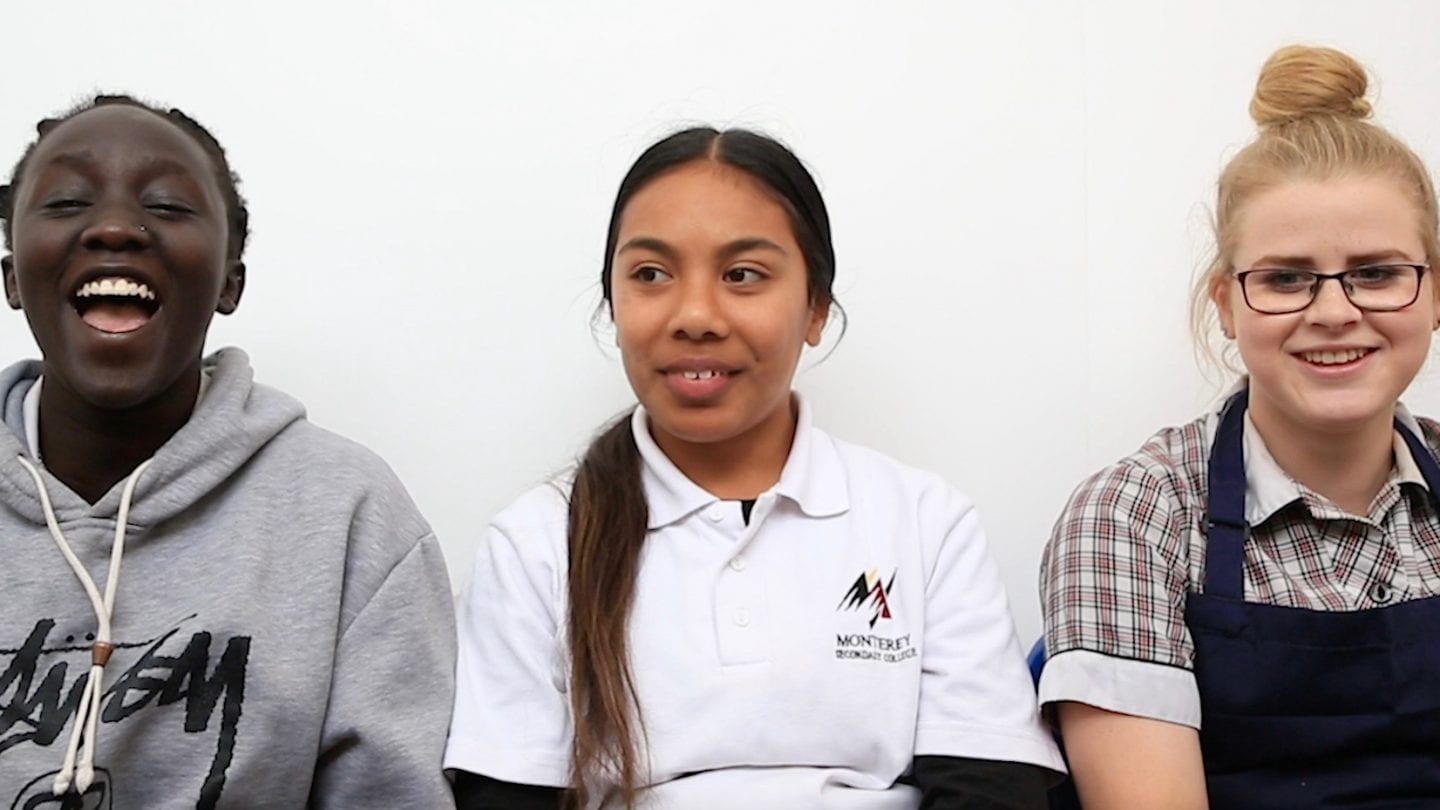 “It’s a fantastic program for our young people” says Assistant Principal Natalie Pinkett. “They’ve grown in confidence, the ability to lead, the ability to speak up for themselves and just be part of a community organisation.”

One of the positive outcomes of the program already being witnessed by teachers is re-engagement with education and newfound aspirations amongst participants. “You walk past them in the corridor and they are happy, you can engage in conversation” says Natalie Pinkett. “Some of these children have had significant behavioural issues at school and we’re now beginning to see the light at the end of the tunnel, they’re starting to think ‘well actually I need to knuckle down at school because I now have better aspirations about what I want to do’.” 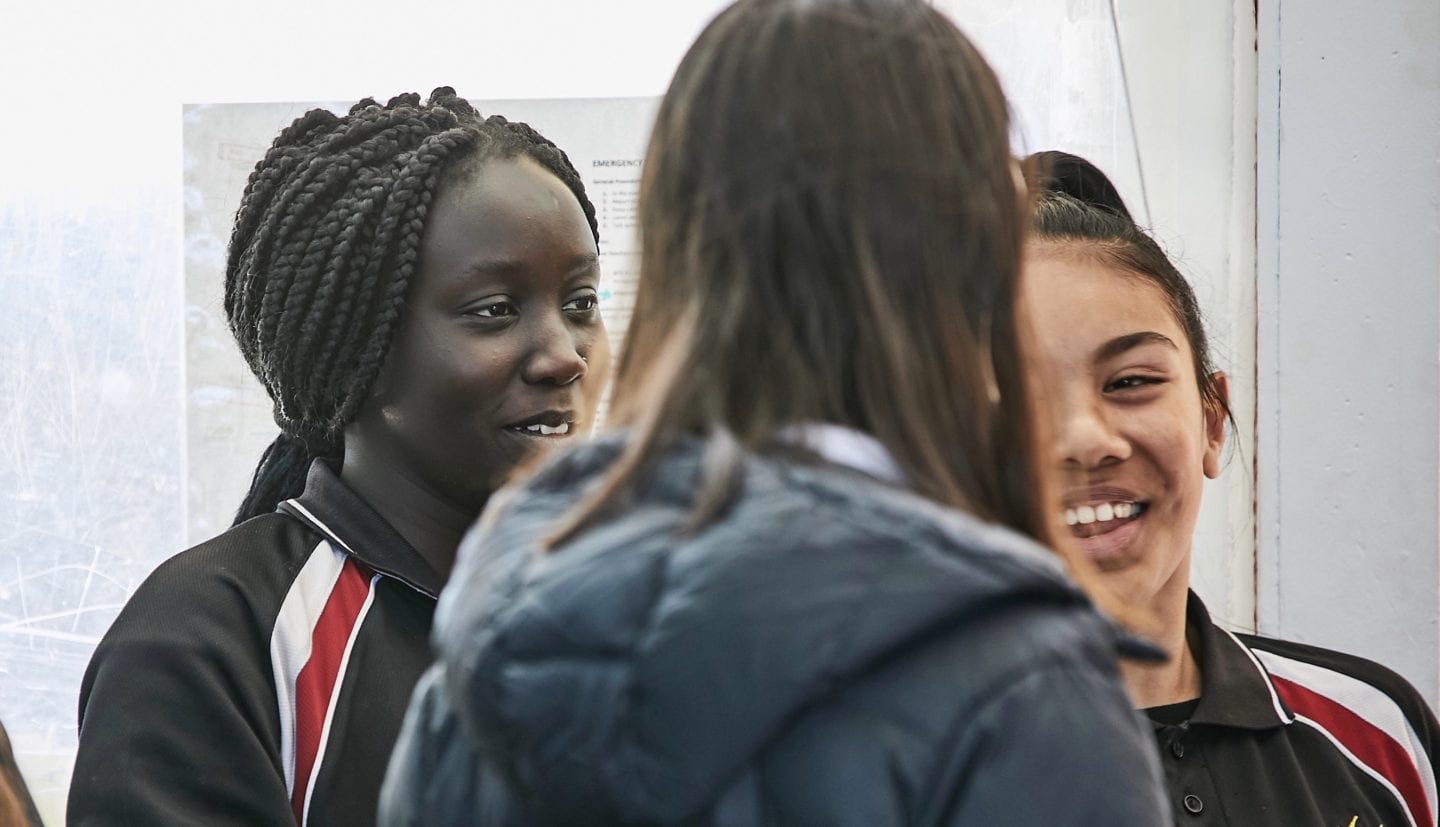 Genevieve Dugard says that young women often start the program wondering why their mentors are interested in who they are and what they think. “By the end of the program they’ve built a stronger confidence in their identity as a young woman or non-binary person in their community” says Genevieve. “They’ve also lost a bit of the shame in expressing their thoughts, using their voice and trying new things because they’ve been empowered to take these risks.”

Project O’s work is unique in the primary prevention space because it’s focused on long-term prevention, at the grassroots, in the places that are most affected by family violence, utilising intensive and consistent mentoring from highly talented and committed mentors. “Project O takes a long-term approach knowing that no significant shifts can happen if we don’t work in communities for a minimum of three years” says Genevieve Dugard. 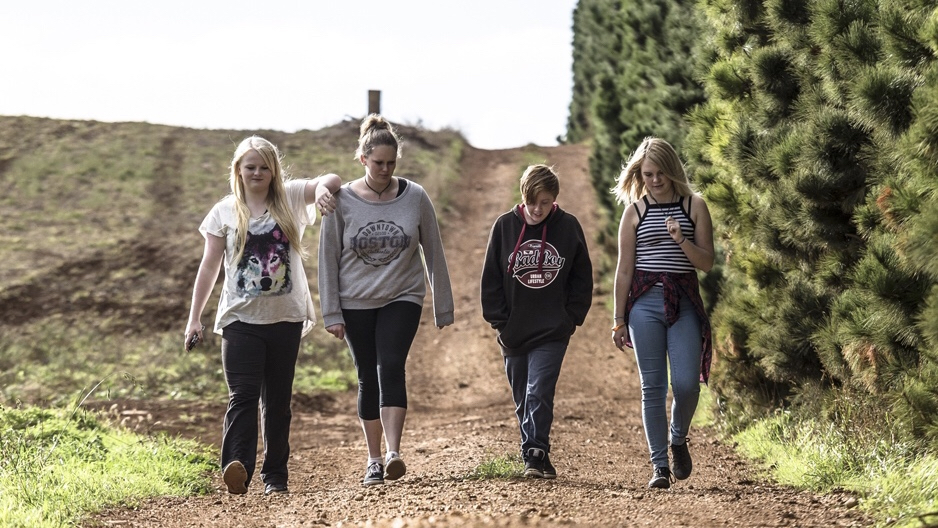 “Project O is about lifting our expectations of ourselves, and not letting our environment hold us back, it’s challenging our stereotypes and encouraging young women to be bold and to explore their potential in creative and practical ways” says Rosie Batty. “My advice to young women is to believe in yourself, push through your self-doubt and aim high. Know that you can do it.”

In 2020, Project O celebrates 5 years of enabling young women to be changemakers.  https://projecto.bighart.org