This term Project O Frankston have been learning the art of zine-making. Led by Melbourne designer Jes Hoskin alongside artist Maeve Baker and the Project O team, young women discovered how to create their own zine, but also found a new freedom of expression and self-belief along the way.

Jes Hoskin has been making zines for as long as she can remember. As a child she used to make little books about make-believe schools, designing uniforms and school motifs. “I’ve always been surrounded by this idea that you can make your own work and make your own learning” says Designer Jes Hoskin. The first zine Jes made was ‘Sad Couples Eating Frozen Yoghurt’. 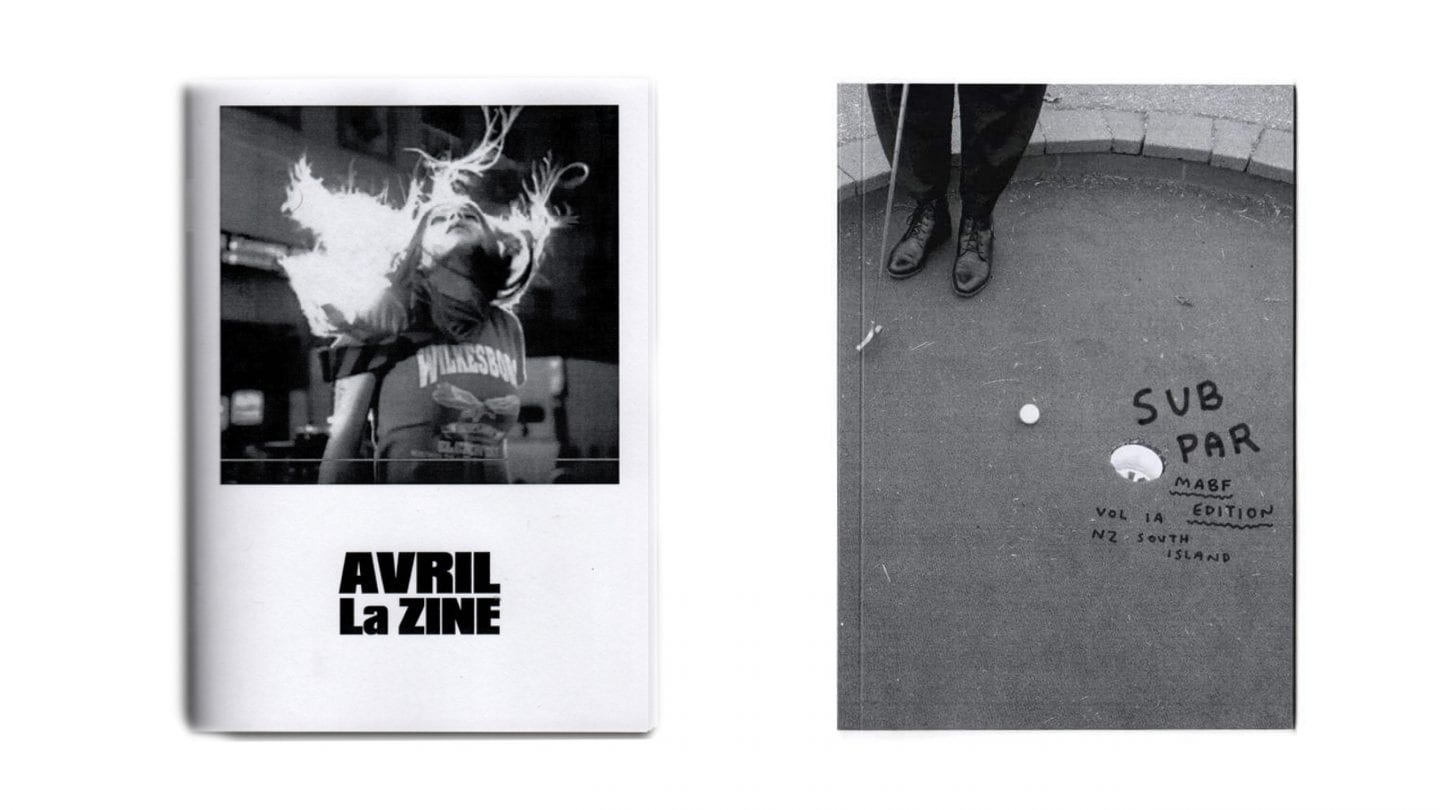 Zines can be funny, silly, or about a serious topic such as mental health, or just an issue you feel passionate about. “The beautiful nature of zines is that they’re contagious and they can touch anything and anyone, there are so many possibilities”, says Jes.

For the young women of Project O Frankston, the goal was to make a zine to introduce incoming year 7 students to their school, Monterey Secondary College. An insider’s guide written by students, for students, preparing them for the leap into high school. 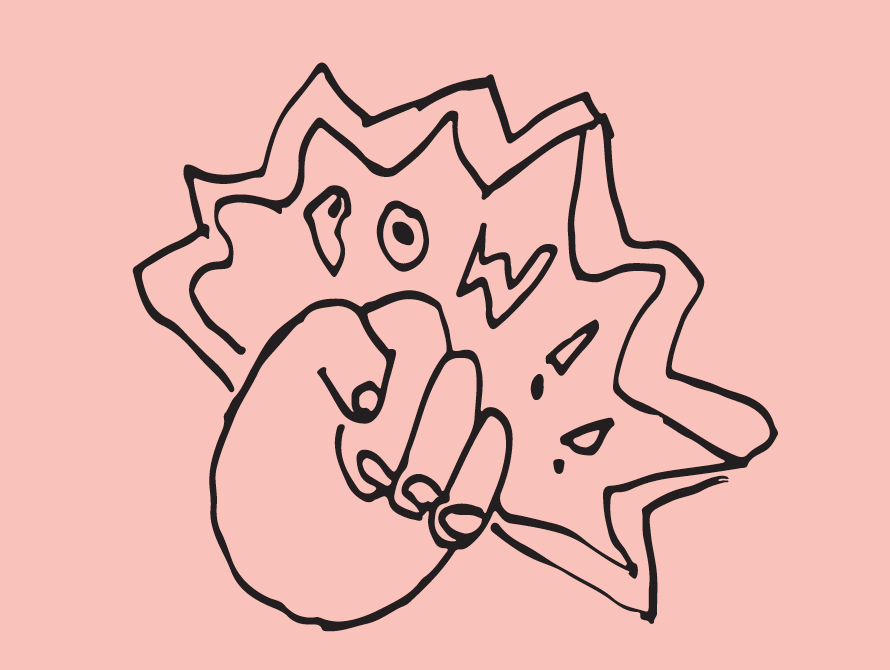 “The amazing thing about the zine is that it’s actually working with different strengths” says Project O Producer Fallon Te Paa. “Some of the girls are really talkative and love to use their words, some would rather do writing or enjoy doodling, and some love girls-time, and one-on-one time with the mentors.”

Young women were taught writing, editing, design and drawing techniques, working on iPads and learning new apps such as the Procreate app as well as harnessing zine-making techniques which hark from an analogue era, pre-digital. 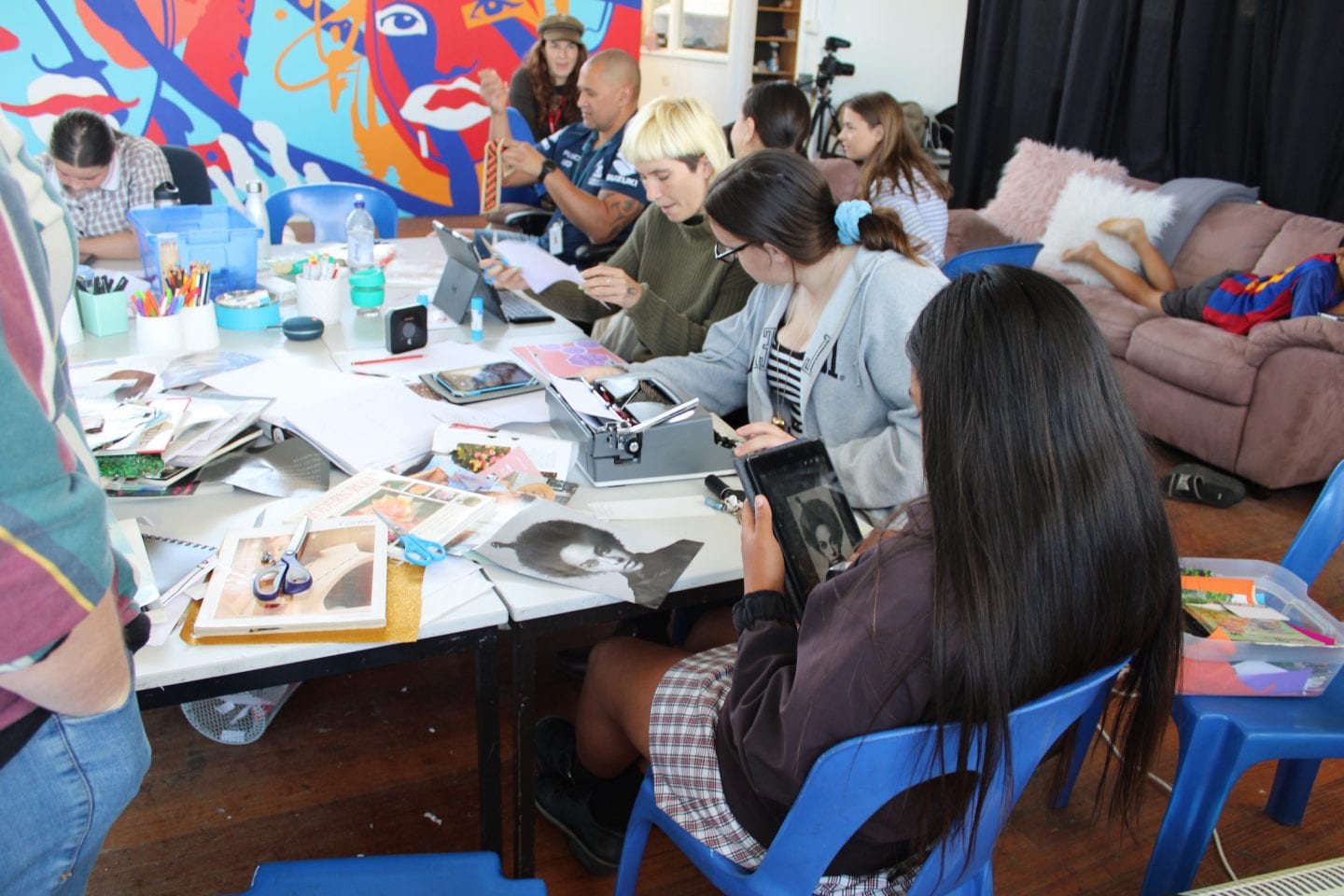 A remixing and curating culture

“A lot of the girls are used to making content for digital platforms like Tik Tok where they often take a format or style and replicate it, share it, and do it again, so it can be a remix culture” says Jes Hoskin. “Zines share a lot of that in terms of cutting, pasting, collaging and re-appropriating images, and sharing – but it’s taking those ideas, putting them in a physical space and holding it within the context of your own narrative. It was quite a hard process for them to translate into a tangible object.”

The challenges were not just the medium but getting the young women to back themselves. Melbourne illustrator and animator Maeve Baker says “Self-criticism is a massive reason people get hung up. They either aren’t confident about the idea they’re about to start, hesitate and lose momentum or are thinking ‘What are people going to think of this when it’s over, they’re going to think it’s stupid’”.

Jes Hoskin asserts that there’s a curation that goes on with teenagers “When you’re in high school you’re curating yourself, you’re very aware of how you want people to see you, how you don’t want to be seen, and so you have this real-time censorship of yourself.” 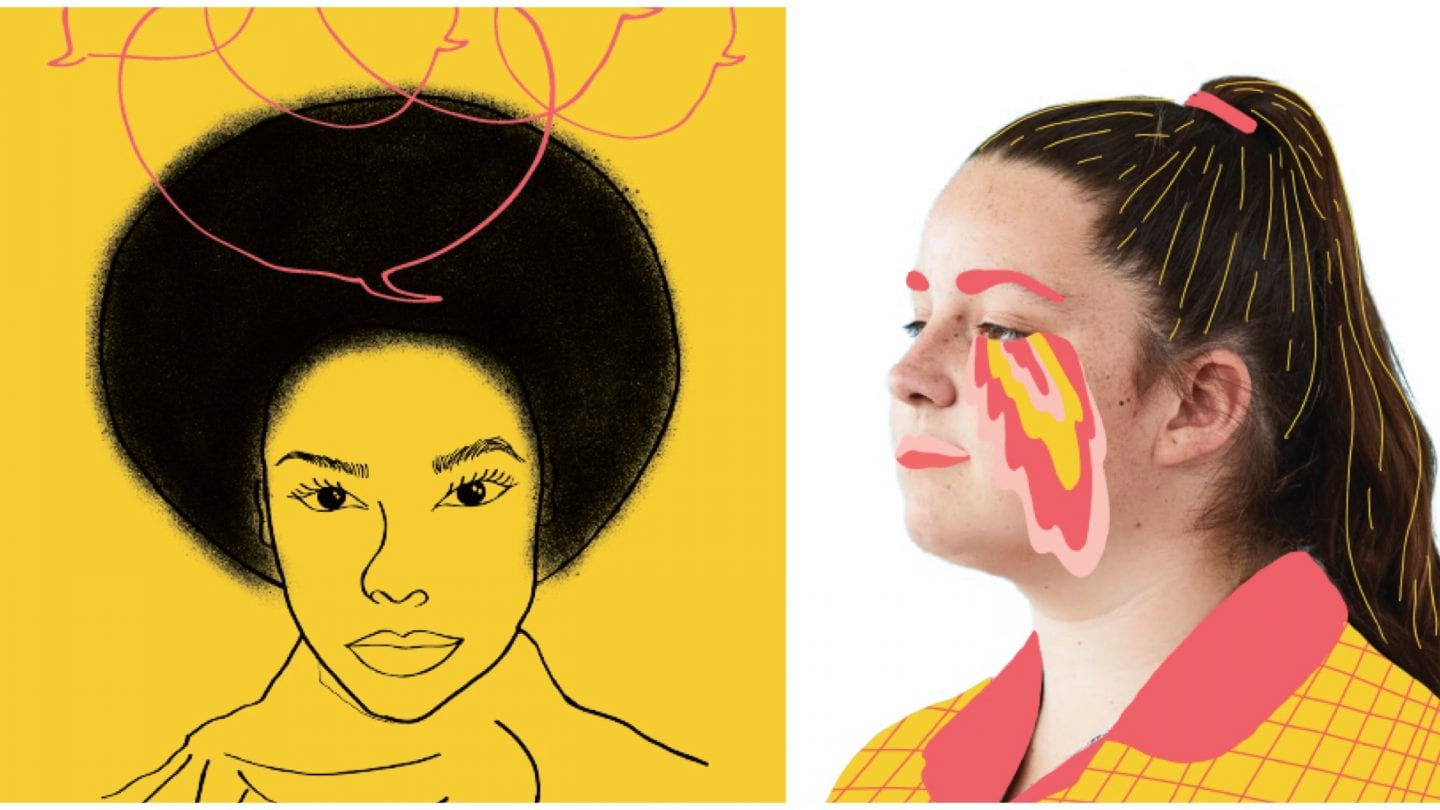 Masks and creating a safe space

Project O has been running workshops for a year with Monterey Secondary College and Mahogany Rise Primary School in Frankston. All the work is underpinned by a strong focus on building trust and encouraging a safe, supportive space for young women.

“It’s very important to create a safe space” says Project O Producer Fallon Te Paa. “What it means is when they speak, someone will be listening. There’s empowerment when you speak, feeling heard. But also being willing to listen as well, it’s two way.” 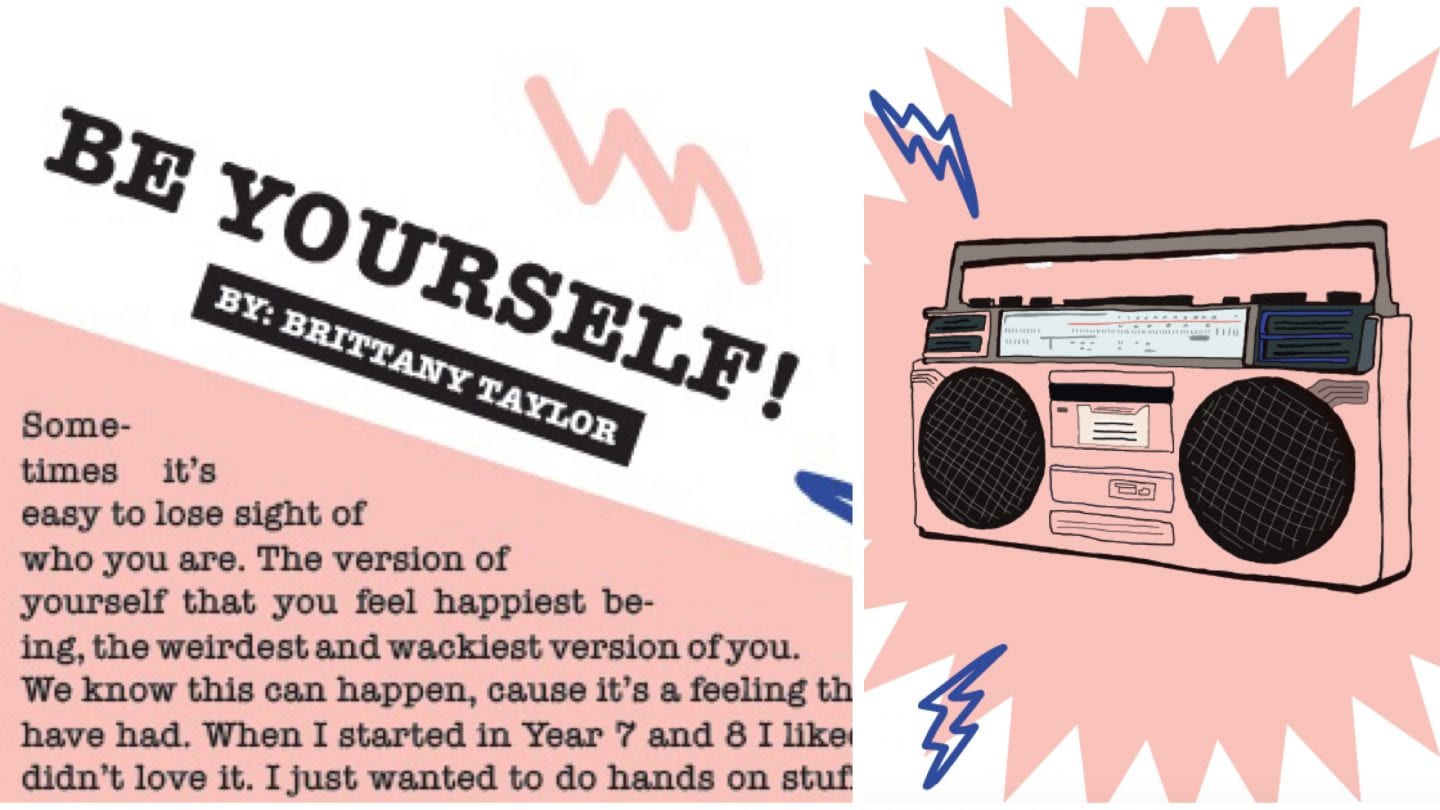 Fallon and the Project O producers encourage young women to have the courage to show their real self in front of their peers in Project O workshops. Fallon says to the young women, “If you feel you have to put all these masks on when you speak are you actually speaking as you? If you are being misunderstood, then what part of you were you presenting when you were speaking, was it really you?”

How we present ourselves to others and being true to yourself is important to reflect on for all people of any age, gender or culture. “That’s the great thing about Project O, we’re exploring how we unpack those masks” says Fallon.  “It’s not easy, it’s not as simple as ‘Well I’ll just be my true self and say what I really think’. We are figuring out how we can pack away our masks through the help of different opportunities and mentors, it might be through audio, film, or writing. They are finding a way to say that one message they really want to say, which ultimately contributes to a safer space as a whole.” 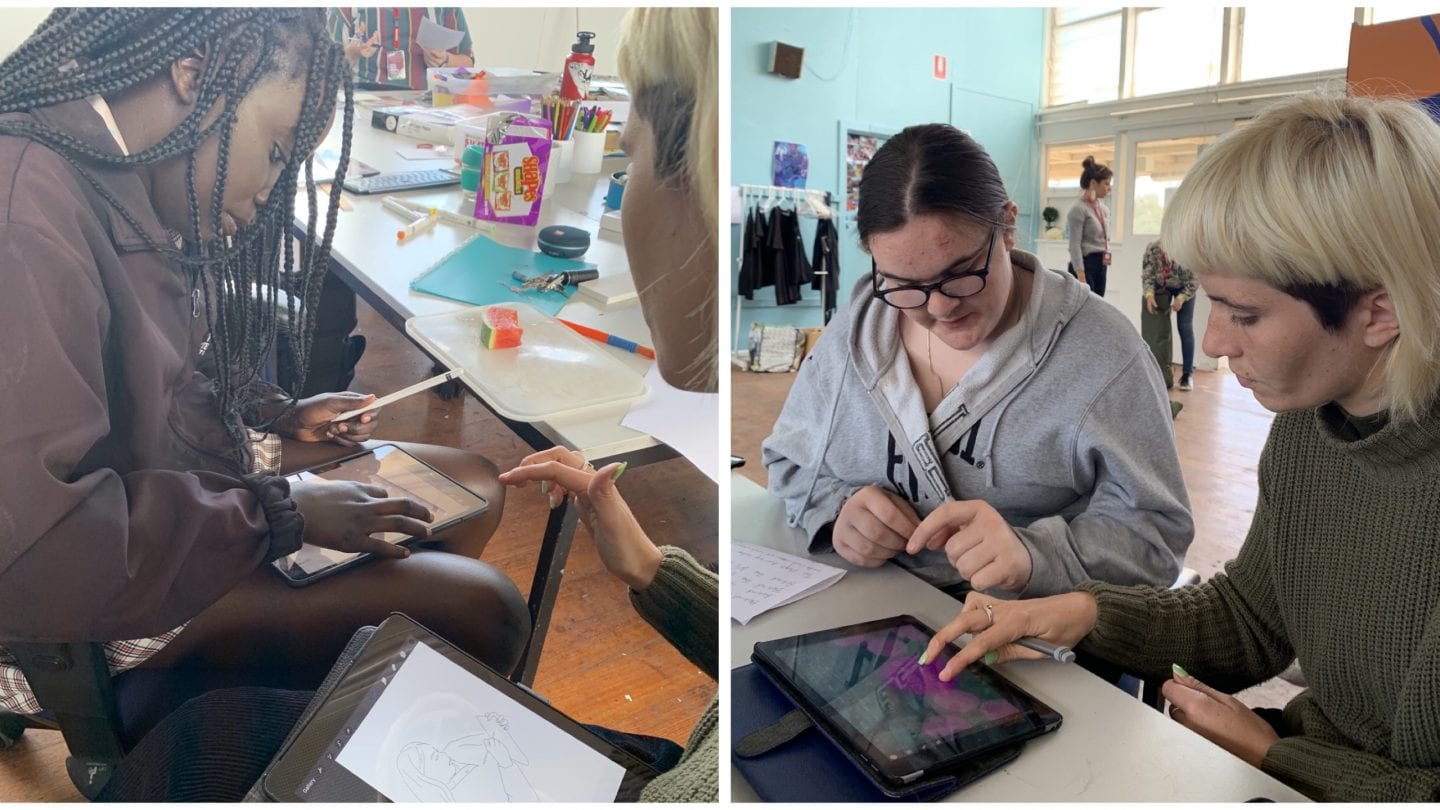 The finished zine ripples with a fresh spirited energy with original illustrations, articles on subjects such as stress, unconforming, coping with friends and pressure, as well as fun handy articles such as a mud map to the best bubblers in the school and a word search.

“All of the messages they wanted to share with the world, the changes they wanted to see in their school, their experience going from primary school into Year 7, the struggles, the good things, there was a way they could share it in the zine” says Fallon Te Paa. 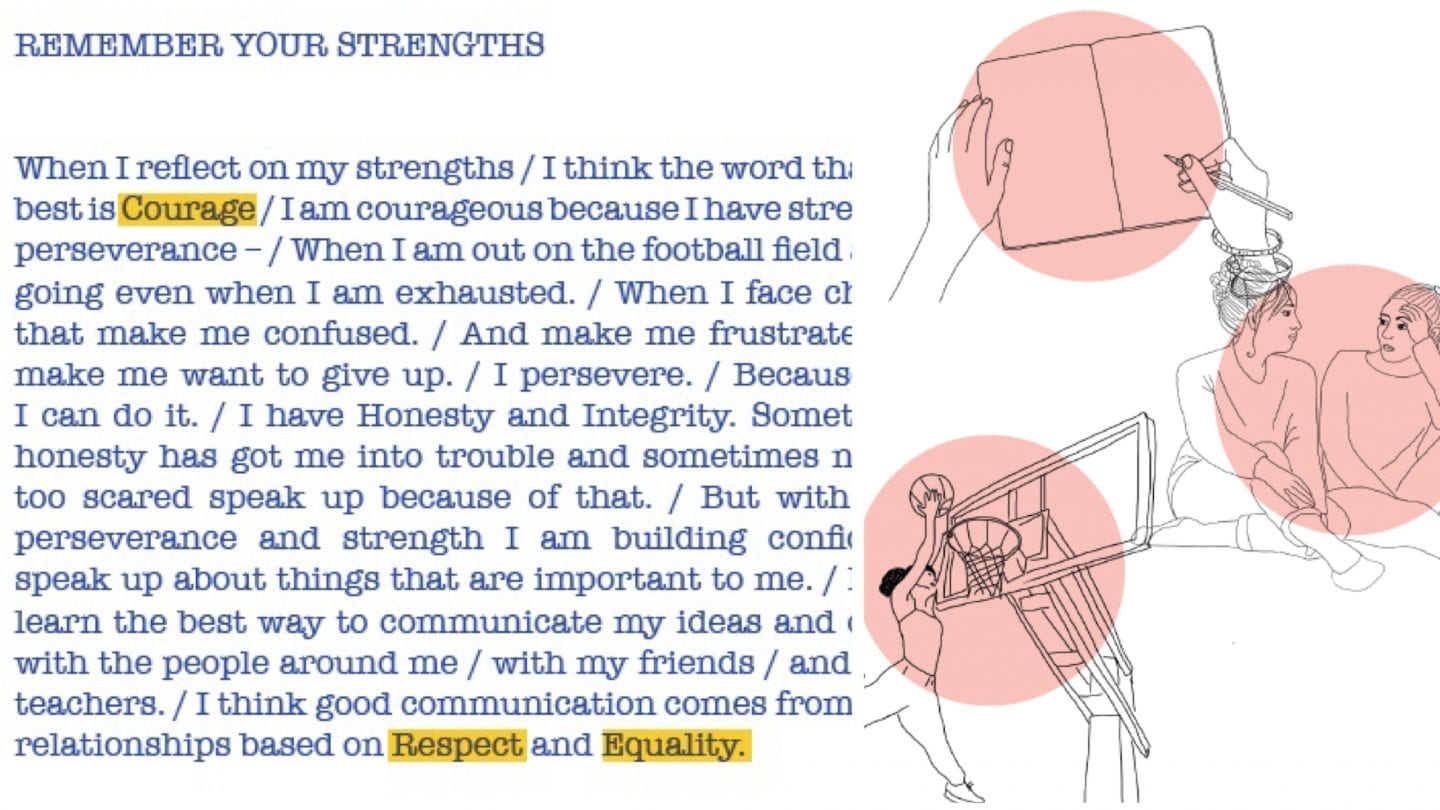 Fallon says when talking about school young women initially slipped into focusing on negative elements, “But through our guidance they were able to turn it into positive experiences. They can see that it was their own words and how positive it looks, and they’re excited to hand it over to the Year 7’s. In the beginning it seemed like they didn’t care but now it’s completely shifted. They understand when we say, you can make change” says Fallon.

“They are blown away, they can see the finished product and they’re so chuffed at themselves and are really supporting each other on what they created in the zine” says Fallon. 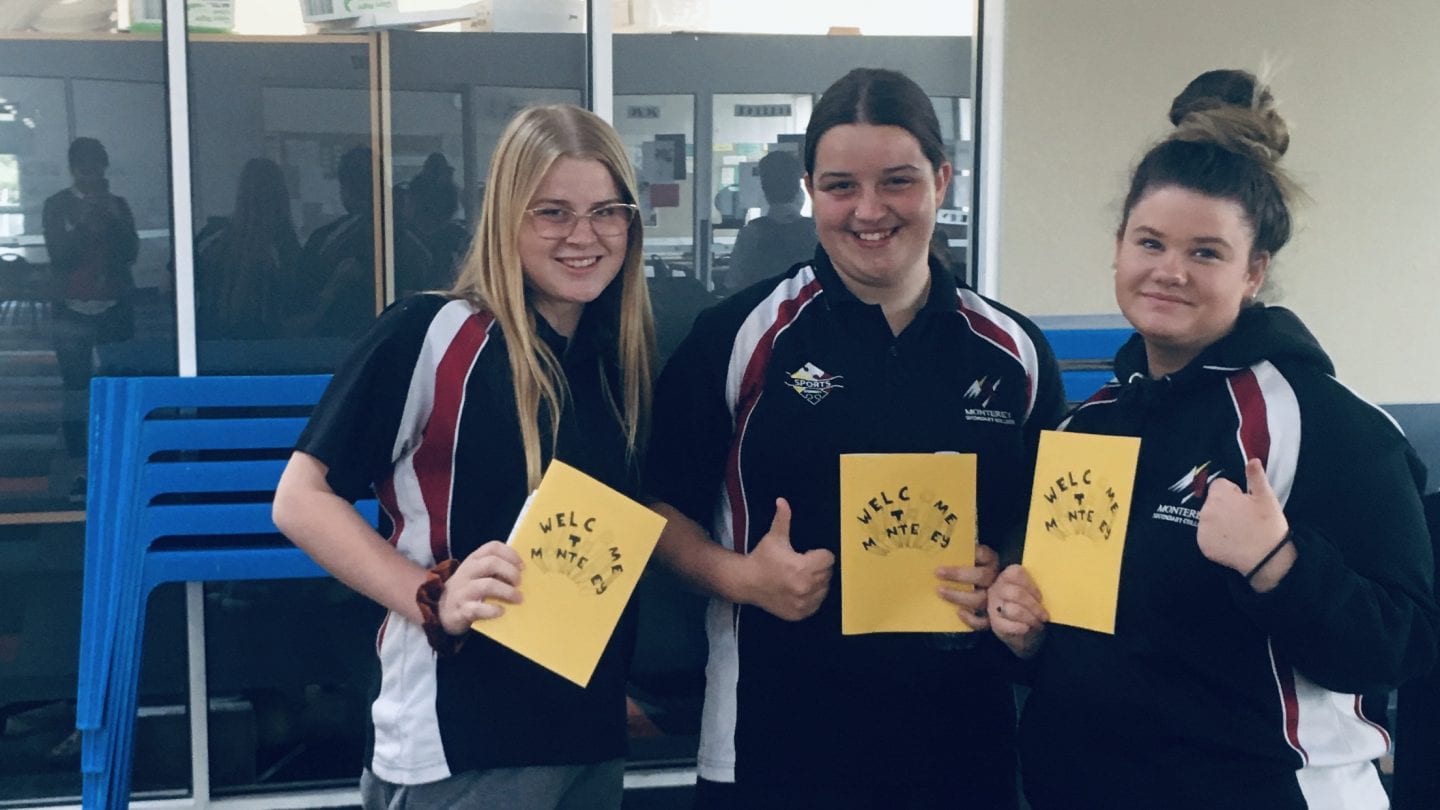 For Maeve Baker, it was also the strategy taken by the Project O producers which helped create such a successful project. “The approach taken by Maggie & Fallon is that it needs to be led by the young women, no one should do something they don’t want to do”, says Maeve. “It’s not like in a normal classroom environment where everyone’s forced to do the same exercise whether you like it or not. The process has been if you enjoy it do it, if you don’t, don’t worry about it. Give things a go.”

For Jes, she can see a future beyond the Welcome to Monterey Zine, “Zines are a perfect medium for Project O in terms of autonomy and self-authorship” says Jes Hoskin. “In my dream future for this, I would love to see some sort of zine library that’s shared across multiple schools. To have stories which represent lots of different walks of life that people can relate to.” 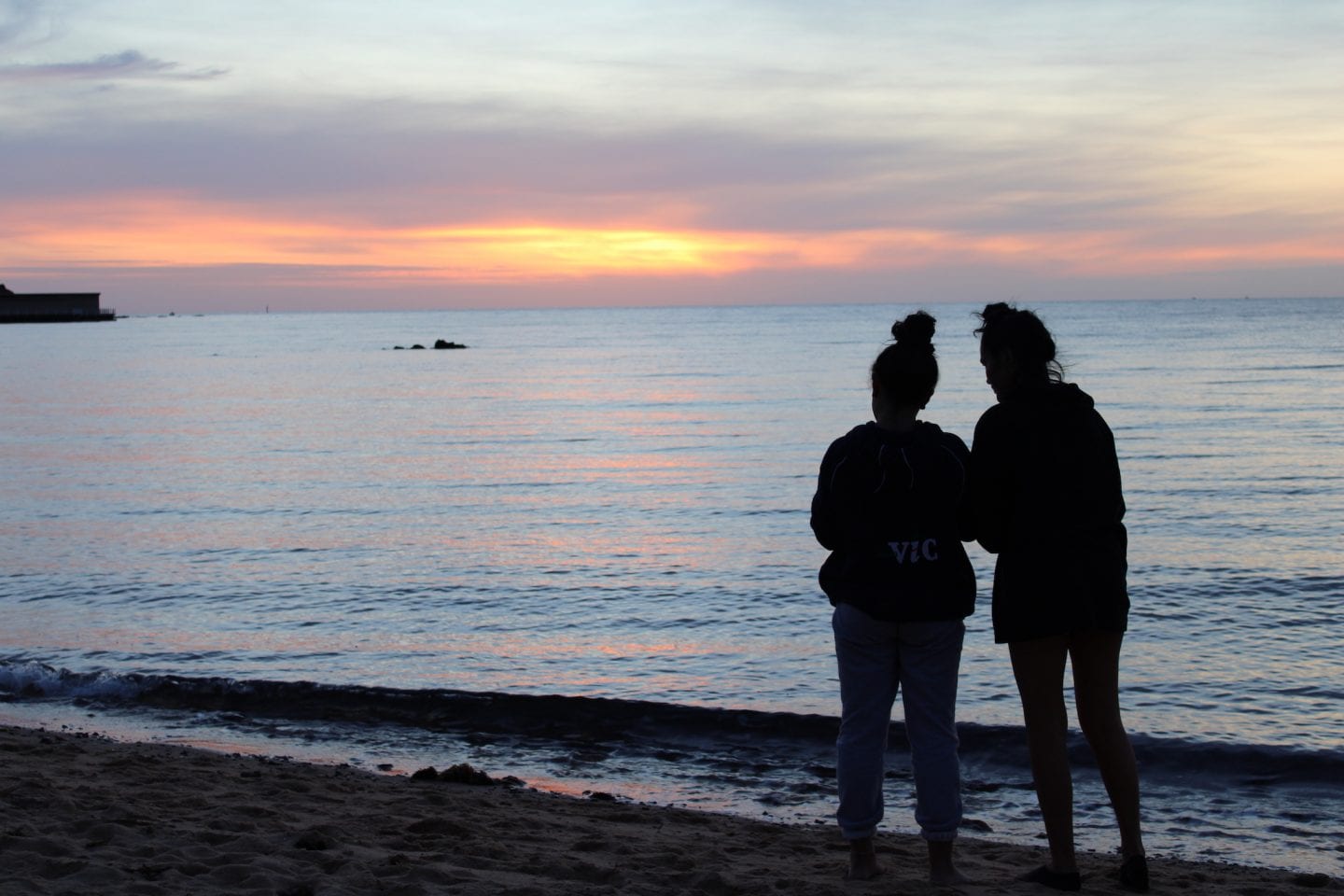 “They have a lot to say. They’re so talented, smart and loyal. First impressions could be that they don’t have a lot to say or offer because the way they communicate is very protective.” says Fallon.  “We’re at a point now that there’s no secret, they’ll show up, they’ll run through the door and they’ll ask ‘are we coming back next year, do we get to be in Project O again’.  Once they can see they’ve got your trust, and we have their back, they will be so loyal.”

Project O is an initiative of Big hART which has been implemented across five states and is currently run in Frankston, North West Tasmania and Roebourne in the Pilbara. Find out more about Project O here.