In this lyrical essay Scott Rankin, Big hART's CEO and Creative Director, tells a very personal story from his childhood, growing up on the banks of the Lane Cove River. From his struggle with literacy and reading as a child, to how his love of language clicked in as a teenager and how it's shaped his career path today.

“The boy who was terrified of words, spoken or written. Always watching. What was he doing with his time, that loner, on the river till sundown, in his boats, knots, string, art… he knew words were real, but couldn’t see them.” writes Scott Rankin.

Who was that small boy?

The one they were so worried about at Primary School. 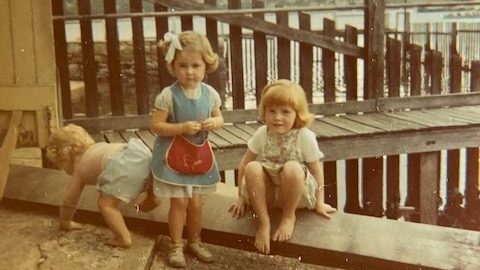 The one whose hobby was string – tangling and untangling string.

Who loved to sit under dining tables and wind it around the legs of chairs, making a cubby was it… or a cage. Drive family crazy when it came to dinner time.

Who was that boy growing up?  The one who was so painfully shy. The barefoot one. The family, squatting were they, in the waterfront shed. 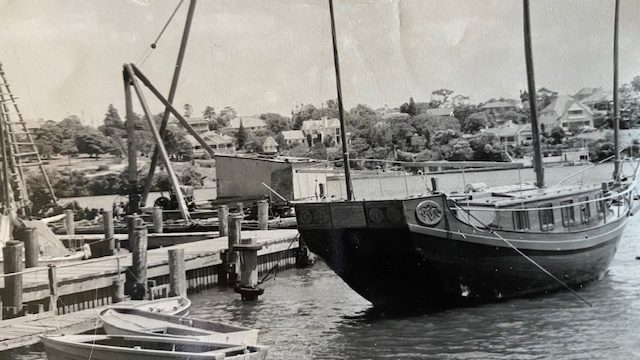 The boy who was terrified of words, spoken or written. Always watching, green eyed, not with envy, observation, writing in his skull, his mind’s eye, the nuances of these noisy adults living around him.

What chance did he have, so uninvolved at school, never raised his hand, never a target for teacher’s ridicule, never shone.

What was he doing with his time, that loner, on the river till sundown, in his boats, knots, string, art, maybe at sundown, listening to his mother, tired from work, reading to him, Swallows and Amazons… he knew words were real, but couldn’t see them. 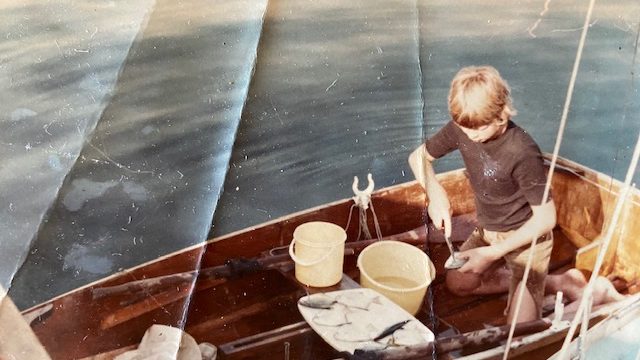 Scott Rankin fishing for lunch in the 1960s on Sydney Harbour. Photo: Supplied.

Art and string and boats and tears and story, but no TV, didn’t have one… This skinny kid, without shoes, without sports clubs, without birthday parties, with one friend, blissfully unaware there should be more than string and sun and drawing and watching.

Then one day at fourteen, this dullard they were worried about, picked up a book, at random, read it cover to cover. Paperback. No reason. To get rid of those concerned adult looks. Teacher’s reports – “an intriguing boy, if only he’d…” (intriguing was a curse, apparently). A book about a Japanese boy his own age, taught to fly a plane. To wear a uniform. Who kissed his mother goodbye, plane loaded with fuel flew off into the blue, to glory, to find American ships, WW2 Pacific… and dipping his wing, aim, nose dive, for his mother, anti-aircraft fire, at that ship, no ammunition, fuel laden, to death. A suicide bomber – before the term was invented – my age, a Kamikaze, a divine wind. Dead.

That boy was me. 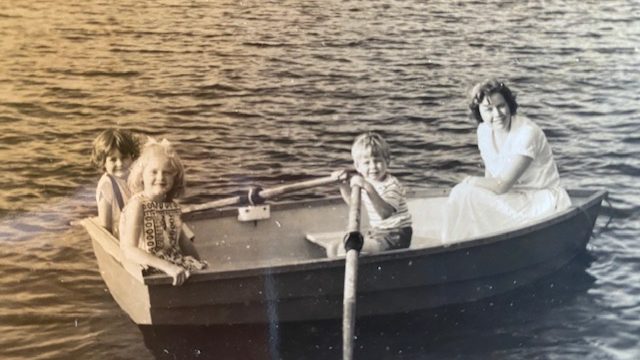 Scott rowing his mother and sisters, circa 1960s. Photo: Supplied

Why, oh why did I pick up this book, of all books. Who left it in my path? Words exploded around me. Imagining worlds through 26 arcane symbols, the same words teachers had tried to bludgeon into me. These divine words like a wind.

I could not work out how to write them, but I understood the door they unlocked. I dived headlong into an ocean of books and words and plays and poems and songs and speeches. Like learning to swim. I began to write. Complex imagined things. Blissfully, expectations were low, so no one noticed, no one tried to diminish the ideas because the words were wrong. Fortunately, I’d slipped beyond the gaze of teachers, trained as they were to focus on the children with the potential to become drones and lawyers.

I couldn’t really remember what words were meant to look like on the page, from book to book – I couldn’t see them, I could hear them, but not recall them – regardless, I began to harness their power. I began to write. Whenever the system behind these 26 symbols eluded me, I’d imagine another, weirder way, twisted, unusual. Still no one noticed, so no one inadvertently crushed that faulty but determined emerging voice. 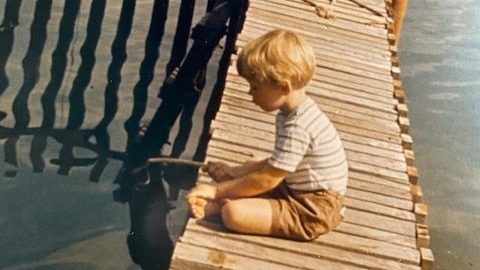 Scott fishing on jetty near his home, circa 1960s. Photo: Supplied.

String. Somehow words worked the same way as untangling string. You try and see the whole piece, not the knot of an individual word, and it would come to you, how to untangle this sentence, this paragraph, the meaning. Strange, how few words were needed.

Only two teachers ever taught ‘me’. All the others taught the me I was supposed to be. Art. Both let me be, showed me on a path, and occasionally, up ahead, I’d see them sweeping leaf litter away, so I could see the fork, the curves, less travelled. 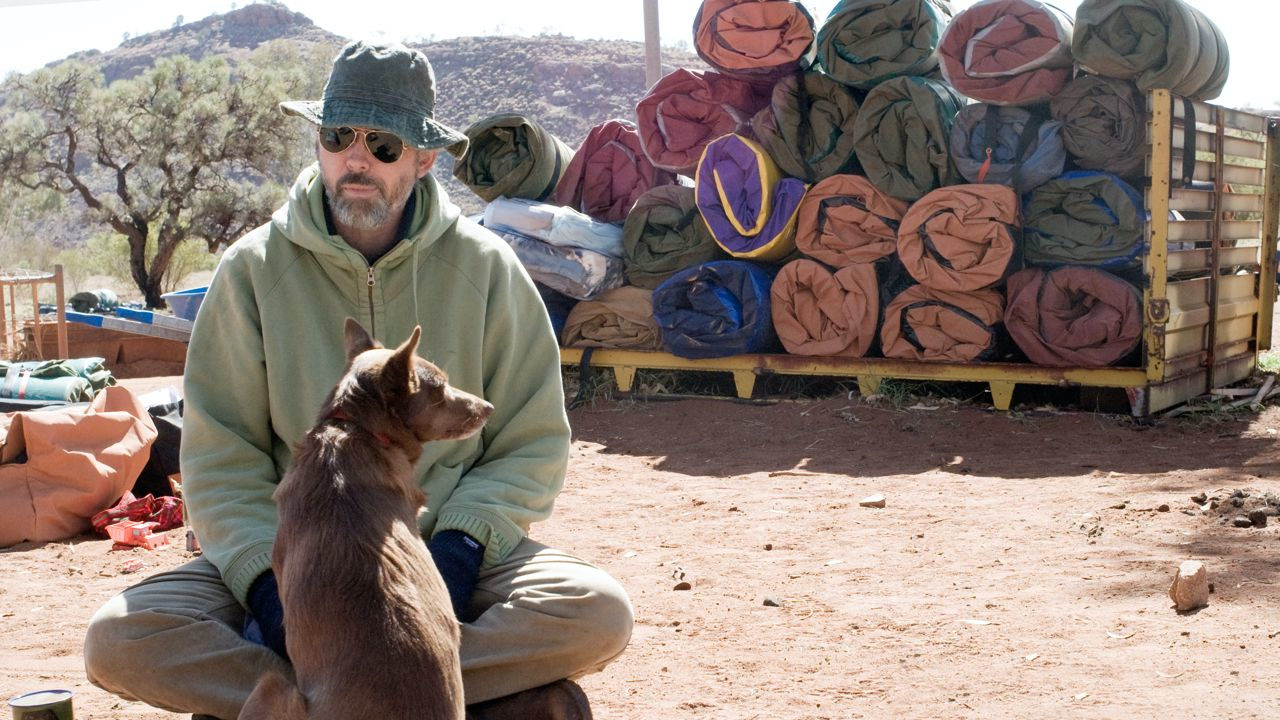 I was the least likely of all the kids cattle-prodded through school, to end up writing – theatre, poetry, songs, essays. The least likely to speak publically, to challenge. I was the kid who blushed, and hid the blush. Beyond quiet, solo, the introvert… yet that quiet was actually watching, collecting. A resistance. Ignoring. 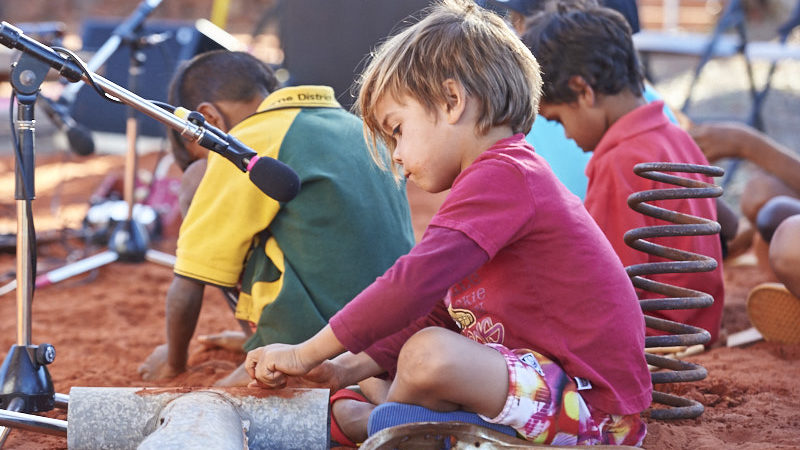 Perhaps it has partly given rise to Big hART – itself an expression of deep literacy. A campaigning arts organisation which tells hidden stories. Outsider stories. Untangles them. Seeing the asset in each person’s narrative. Seeing that sometimes those on the margins don’t need to be punished because the system unwittingly failed them, they just need someone sweeping the litter from their path. This path of literacy, which is never linear, it’s more like a string, which untangles as you walk it. 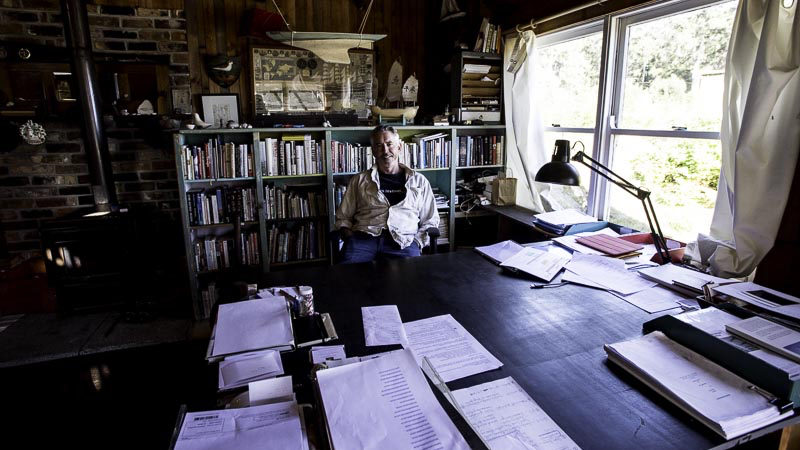 Scott at his desk at home in North West Tasmania, 2017. Photo: Neal Rodwell.

This essay first appeared in Chatter Matters’ Communicating: The Heart of Literacy project, and in Island Magazine.

In 2022 Big hART celebrates 30 years of making art, building community, driving change and telling invisible stories. Dr Scott Rankin is an award-winning writer and director and co-founded Big hART in 1992 in Burnie, recently completing his PhD at QUT on ‘Big hART’s 30 Years of Practice: Cultural Justice and the Right to Thrive’. Find out more about Big hART here: https://www.bighart.org/who-we-are/