35 young women aged 13-15 from Project O Wynyard and Smithton worked at Acoustic Life of Sheds this term, whilst over in Frankston young women volunteered at an outdoor film festival and a community event in the local park.

Project O has had a big couple of months to kick off 2019. In Tasmania cohorts have been intensively working towards Acoustic Life of Sheds, and in Frankston participant Ellenois said “I like that in Project O we get to be ourselves and show what girls are capable of.”

Thirty-five young women aged 13-15 from Project O Wynyard and Project O Smithton were involved in presenting and producing Acoustic Life of Sheds as part of Ten Days on the Island, whilst 18 Project O alumni returned to work on the event in paid positions. With sold-out shows and bigger crowds than ever, the young women took on all positions with positivity, confidence and finesse. They registered audience members on arrival at Illume, assisted with parking, hosted venues, gave speeches, stage managed and assisted in sound engineering and catering. Across the weekend they gave media interviews and also worked in filmmaking, photography and social media marketing. 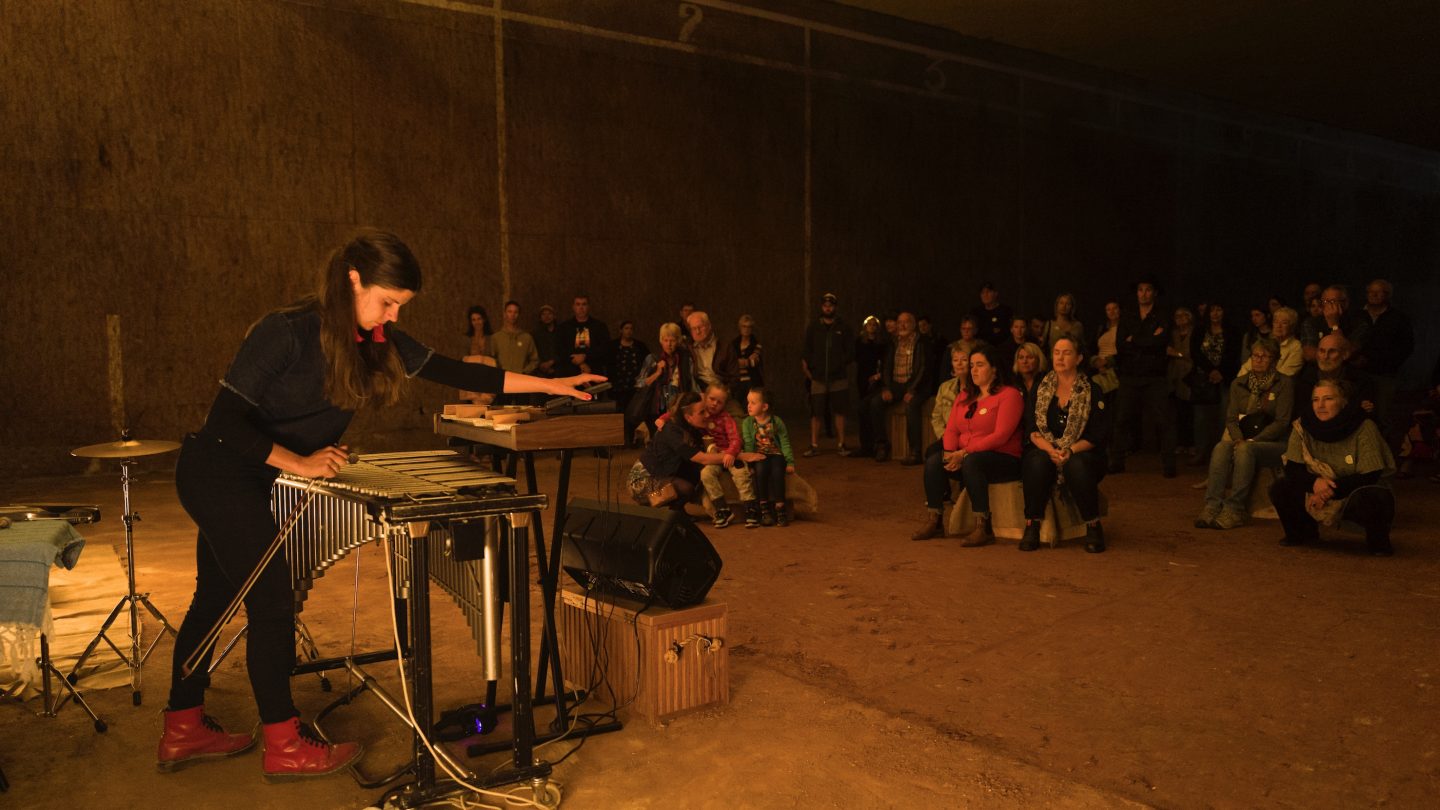 The Potato Shed came alive with a unique and magical work created and performed by Percussionist Maggie Abraham with the Project O young women of Wynyard, which they performed ten times over the weekend. On stepping into the venue audience members were given headphones and also went on an audio journey with a heartwarming podcast, which was created by the Smithton and Wynyard Project O young women in the weeks leading up to Acoustic Life of Sheds.

Over at the Tulip Farm shed, local businesswoman and Project O mentor Andy Jackman from Red Cow Organics said “The individual progress that a lot of these girls have made, it’s amazing. You can see the transformation from when they first start the program to when they graduate in Year 10. I can see the power in that and I love it.”

On the last weekend of March, six Project O young women with alumni Brianna, Laura and Mini went on the road with Acoustic Life of Sheds, taking it to the Huon Valley as part of a special community weekend to give respite from the intense fires that had affected the area. The young women took over the Project O Facebook page over the weekend, posting pics and stories daily. Shania said “We have had an amazing experience with the whole project and we are so proud of ourselves.”

Ellenois from Mahogany Rise said “I like that in Project O we get to be ourselves and show what girls are capable of.”

In March young women volunteered at the Stellar Short Film Festival assisting in pre-production, VIP liaison and front-of-house for this large outdoor cinema event at McClelland Sculpture Park and Gallery. Then in April the Project O young women helped out at the Frankston Council’s family festival Party in the Park, whilst over at Mahogany Rise Primary School, four of the Project O girls have been named class captains.

Parent Bek Tähti talked about the significance of Project O for her daughter ‘To watch how they built on Nevaeh’s strengths, how they backed the potential of all the young women involved and championed the individual aspirations, and enabled them to foster the personal agency required to achieve is something I am thankful for.”